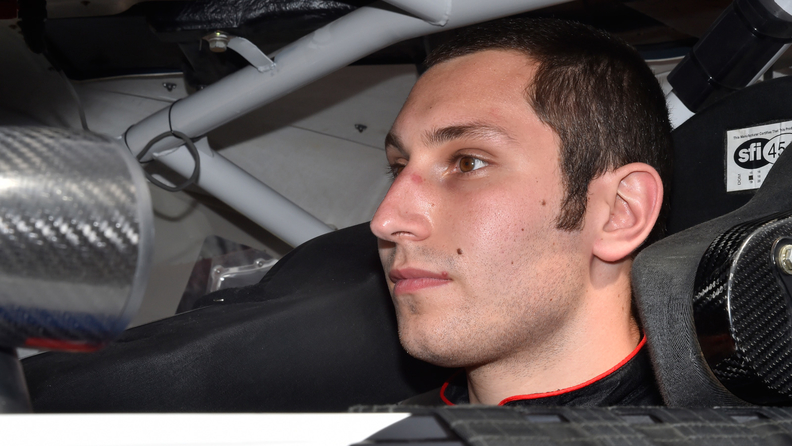 NASCAR has reached a wobbling limbo in recent years. Sponsorship and funding continue to trickle away, but an influx of talented young racers has been supplanting the trailblazers of the 21st century. Some have the benefit of a recognizable last name: Elliott, Dillon, Burton, Nemechek, Blaney, and more.

Others, like Kaz Grala, have to forge their own path. A 21-year-old Massachusetts native, Grala has risen through the ranks and now competes in the Xfinity Series for Richard Childress Racing, having announced his part-time return to the no. 21 car on Friday. The road has not been easy for Grala, but he cherishes the lessons he has learned.

“I think [the struggle] has made me not only a better driver, but I think it’s made me more business-savvy as well, and overall, taught me a bit more about life,” he said. “I wouldn’t change anything for the world.”

Grala is part of a handful of New England drivers who are making names for themselves in NASCAR. Connecticut native Joey Logano is the most prominent, but Grala, Ryan Preece, Austin Theriault and more have led the charge in a hidden corner of racing. New England is not a traditional motorsports hotbed, but Grala championed the passion that comes from the Northeast.

Most casual fans know of New Hampshire Motor Speedway in Loudon, which holds one race a year in the Cup and Xfinity Series. But while Grala spent a lot of his racing childhood all over the East Coast, he noted a few tracks that race fans should visit. New London-Waterford Speedbowl is a track struggling to stay afloat in Waterford, Connecticut, but Grala called it a “pretty fast little 3/8 mile” track and recommended it to any New Englander looking for a good short track.

There’s also X1 (formerly F1) Boston – a go-kart facility that started it all for Grala. He began racing go-karts there at age four, and it was there that Grala caught the bug.

“When I was really little and got into a go-kart, it was very quick that I fell in love with it and decided that’s something I wanted to do more of,” he said. “I played baseball, played soccer, tennis, swimming, you name it, but I always raced too. And slowly over time I started to drop other sports and spend more of my time racing because that’s just what I enjoyed doing.”

Grala drove all sorts of cars in his youth, from go-karts, to Bandoleros, to Super Late Models. He raced Late Models for Kyle Busch Motorsports, where Grala got to qualify with Busch while he was rehabbing after his crash in 2015. Meanwhile, he was balancing school at Worcester Academy in Massachusetts. Grala did finish on the Headmaster’s List with straight A’s his senior year, but it wasn’t easy.

“I think I calculated my senior year that I missed 51 percent of my classes,” he said, “so I had to basically kind of self-teach myself a lot of the topics that I would miss my lessons for in class, so it definitely took up a lot of my time.”

But Grala did not know how his racing career would soon take a leap. In 2017, when Grala earned his first career start for GMS Racing, he burst onto the national scene with a stunning season-opening win at Daytona International Speedway.

Of course, the win was amazing. But Grala said that “I don’t even think I was mentally prepared for it.” Here was an 18-year-old making his first full-time start in a major series and first start on a big oval, let alone Daytona, starting on the pole for a GMS team that consistently qualified well. He was a “nervous wreck” entering the race.

“Not only did I survive the race, which is all I was nervous about in the first place, but I was in Victory Lane,” Grala said. “That was honestly hard for me to wrap my mind around. But looking back on it, that was so special.”

But one of Grala’s most special race weekends came in summer 2018. After his full-time ride for JGL Racing suddenly shut down due to scary health concerns for owner James Whitener, Grala had no Xfinity seat. But FURY Race Cars, a chassis manufacturer and race team led by father Darius Grala and Tony Eury Jr., stepped up at the chance to race. Grala and FURY started well, earning a top-ten finish at Charlotte. But next was Daytona.

"You never know when that race is going to be the one that catches a sponsor's eye…"@KazGrala is making the best out of an unexpected situation. It's a great story in the XFinity Series.
From #RaceHub >> pic.twitter.com/CetI0PjTaI

As Grala told it, the search for a restrictor plate body took plenty of flat-out “no, not a chance” responses from teams. But Joe Custer, president of Stewart-Haas Racing, offered a car. The caveat: it was a ten-year-old show car that had never been used on the racetrack and held four different Stewart-Haas wraps on it.

Grala started in 38th place, had a flat tire with eight laps to go, and came home in fifth place.

“That was a really special weekend for us to get a top five, and especially at Daytona of all places, it’s such a historic place,” he said. “That’s one of my most fun memories in racing thus far.”

These two plate performances might seem “lucky.” But Grala argues that luck is not nearly the charm most people make it out to be.

“People think that it’s luck because you sometimes get underdog winners at a plate track, but if you notice, those same underdogs who might shock the world and win oftentimes, still run up front in the other plate races,” he said. “That’s because they’re not just lucky, they’re good at plate racing.”

Now in his second year with RCR, the 21-year-old recognizes the opportunity he has to join a longstanding, well-funded organization. He’s gotten to know Tyler Reddick and Austin Dillon. While Richard Childress and Dillon may literally be related, the whole race team feels like a family to Grala.

“Getting to know all of them and getting comfortable will all of them – I feel like I’m part of this family atmosphere as well,” he said. “To me, there are no better results you can get as a team than when you all feel like you’re in it together like a family.”

Grala looks to turn his 2020 part-time schedule into a long-term gig. But he knows that, like dozens of drivers, he needs to keep finding secure sponsorship. Sponsors have been the golden ticket in this new era of NASCAR, and in Grala’s opinion, technology has driven the change.

“Twenty or twenty-five years ago, if a company wanted to get national exposure they had two choices. They could either buy a Super Bowl ad or sponsor in NASCAR. And nowadays,” he said, “with the Internet, it’s really what has changed our sport. Most people don’t say it this way, but the Internet is what has single-handedly changed the sport for us because it’s a lot cheaper for companies to get national coverage online and reach more people than we ever would be able to.”

In many ways, Kaz Grala embodies the modern NASCAR driver. He grew up not with Jeff Gordon or Dale Earnhardt, but with Jimmie Johnson and Kyle Busch. He’s been accepted into the engineering program at Georgia Tech. But Grala is deferring his entry for now as he does what many racers do: pursue their passion.

“Racing has been my dream since I was very young, and so anything I can do to try and accomplish my dream, I’m gonna do.”