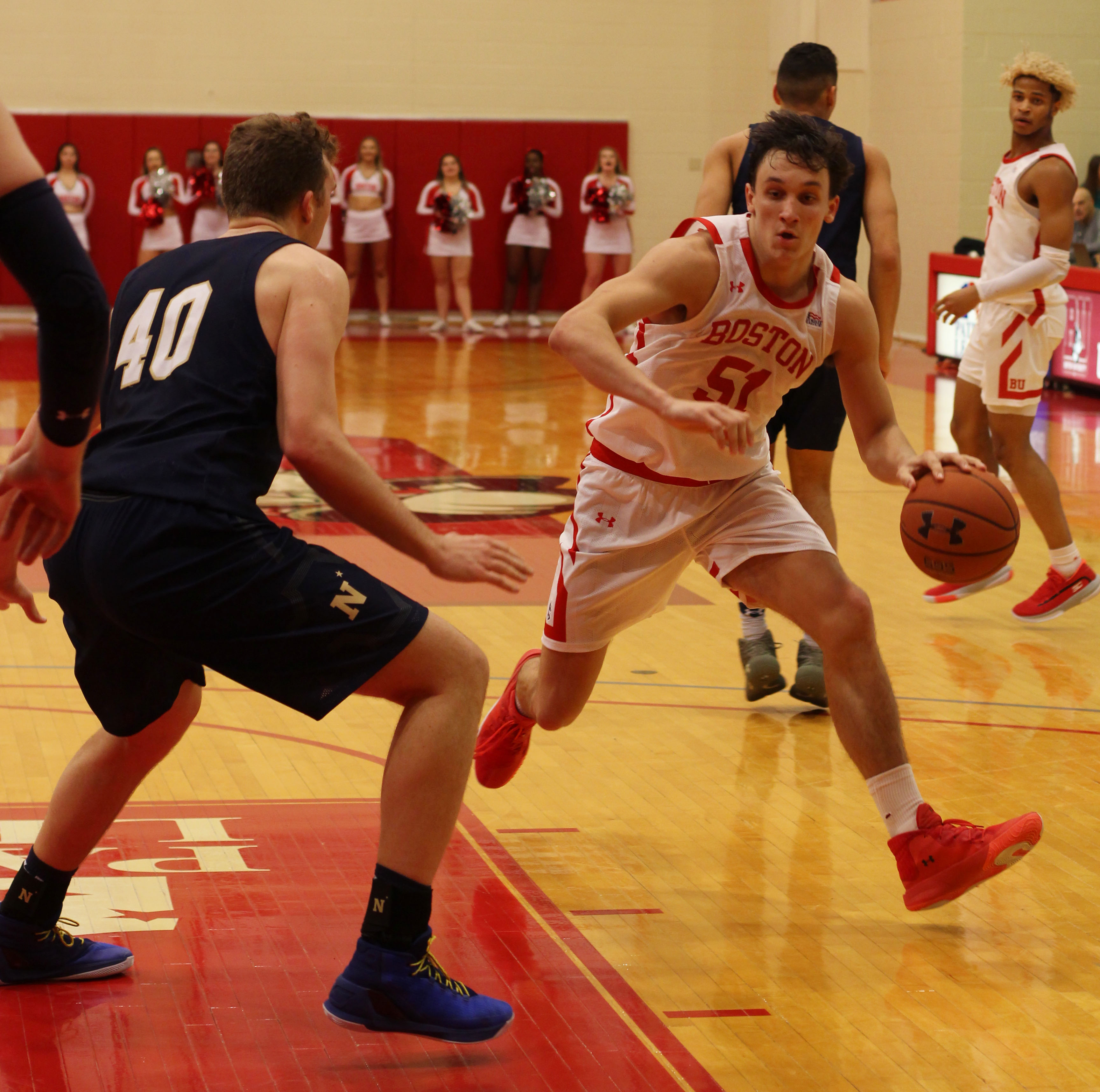 BOSTON, MA — On a Wednesday evening that featured a rowdy Case Gym courtesy of Club Sports Night, Boston University and Navy needed extra time to determine who would break the Patriot League gridlock.

The matchup figured to be a defensive slugfest and it did not disappoint. BU shot just 38.6 percent from the floor while the Midshipmen struggled with ball security, committing 16 turnovers. But Navy’s defense, which gives up just 60.9 points per game (22nd in the country), proved a smidge more imposing.

Navy switched often between zone and man schemes when defending the Terriers. It was effective; the usual attacking Terriers, like Javante McCoy and Walter Whyte, struggled to penetrate beyond the free throw line.

“They were using a defense to keep [McCoy] on the side so he couldn’t use the ball screen and score,” Jones explained. “I thought in the first half that really slowed us down.”

After trailing 27-19 at halftime, the Terriers pushed back against one of the nation’s toughest defenses, taking their first lead of the game

“We played with a lot of energy in the second half; [we] kinda went smaller,” Jones said. “I thought that helped us. We were able to kinda get out on the break.”

But BU’s lead never grew larger than four points. Cam Davis, junior guard and first option for the Midshipmen, finished with 17 points, albeit on an inefficient 5-16 performance. Sophomore Greg Summers led the team with 19 on a strong 7-11 shooting night. The duo attacked the basket late, getting numerous inside scores.

“Later on in the half we kind of broke down,” Jones said. “They beat us off the dribble and then we started fouling a lot more in the second half. I thought that really was the difference in the game: their ability to get to the foul line against us off the bounce.”

With no Alex Vilarino in the lineup, the Terriers used junior Javante McCoy to run the offense, but also leaned heavily on Ethan Brittain-Watts late in the contest. Though his potential game-tying floater bounced around and out in the final seconds, the freshman played 27 minutes in the contest and provided a nice spark off the bench.

“He was the difference in the game,” said BU head coach Joe Jones. “He did a really good job defensively and that got us going.”

Senior forward Max Mahoney had a nice bounce-back performance after a scoreless outing at Colgate that saw him battle injuries. Mahoney put up 14 points and 10 rebounds in the loss while added four steals. According to Jones, Mahoney took “a bad fall” against Loyola Maryland and struggled to practice in advance of the Colgate loss, where he played only ten minutes. Over the last few days, Mahoney’s health started to improve.

The Terriers are back on the road Saturday to face Holy Cross. That turnpike trophy matchup, scheduled for 2:00 p.m., sees BU face a Crusaders team that just picked up its second win of conference play and third on the season.