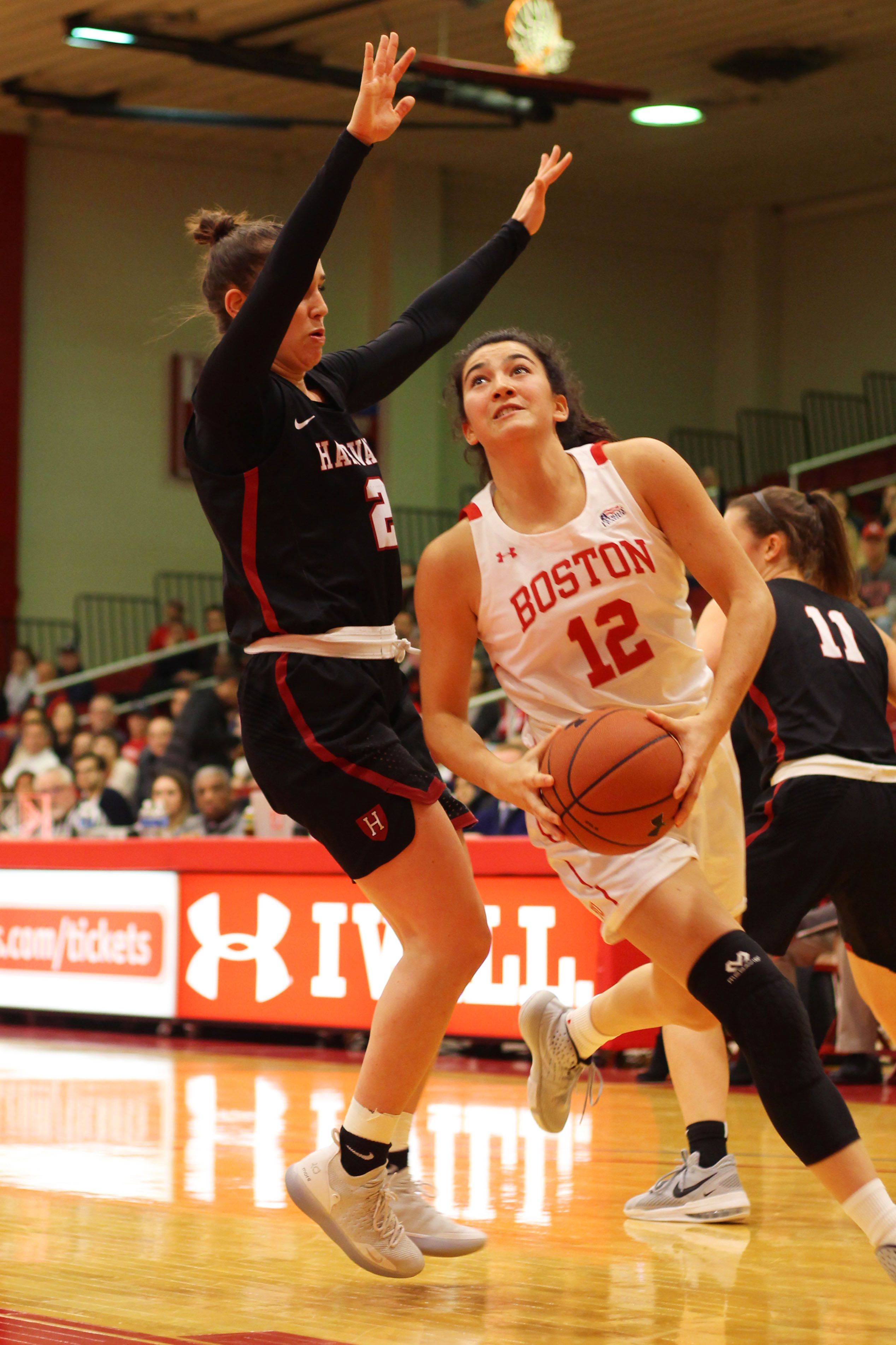 Behind an impressive performance on defense, Boston University women’s basketball won its first game of 2020, beating American University 59-44 on Sunday. The Terriers (6-7) picked up their first Patriot League win and moved to 1-1 in conference, while the Eagles (5-7) also sit at 1-1.

The 44 points registered against BU is the lowest opposing point total of the season. The Terriers suffocated on defense; American shot just 26 percent from the floor in the entire contest and failed to score double-digit points in each of the first two quarters. Only two Eagles reached ten points. Once BU jumped out to a 25-8 lead, the score never tightened up.

Eagles star Jade Edwards also made little impact. The sophomore came into Sunday averaging 16.8 points per game, but made just one of her seven field goal attempts. Her seven points is the lowest from Edwards this season and only the second time she has been held to single digits.

Terrier freshman Maren Durant became a key anchor as the game went on. The 6-3 forward grabbed 10 rebounds for the first time in her collegiate career while also registering two steals and a block on the afternoon. She led a ferocious effort on the glass; BU outrebounded American 43-33, with Riley Childs and Tenisha Pressley also helping through their eight boards apiece.

BU rolled with a new starting lineup on Sunday. Nia Irving has been battling multiple injuries and played just 18 minutes in the victory. She came off the bench for the first time this season. In her place returned freshman Annabelle Larnard, who started earlier in the season before an injury and Maggie Pina’s emergence moved her to the bench.

Larnard was effective in her 22 minutes. The 6-foot forward scored 11 points, including three triples, while grabbing four rebounds. Her presence as a starter should be monitored along with Irving’s health.

The Terrier offense was by no means perfect. The team made only 36 percent of its shots and struggled with turnovers, giving the ball away 16 times. Maggie Pina led all Terriers with twelve points, and backcourt partner Katie Nelson added 11, but the two shot a combined 7-21 from the field and 2-12 from three. But the defense proved overwhelming and covered up most of the offensive struggles.

At 1-1, BU is locked in a four-team middle tier of the Patriot League standings. Their improved defense is a positive sign, as the Terriers faced some high-powered offenses in non-conference. Next up for the team is their toughest conference matchup yet: a 6:00 p.m. tip-off against Lehigh.

The Mountain Hawks sit at 10-3 and are 2-0 in the Patriot League this season. They crushed Navy in their opening contest before winning a nail-biter against Loyola Maryland. For BU to grab a big win, they’ll have to bring the same hard-nosed defense while finding more offensive consistency.