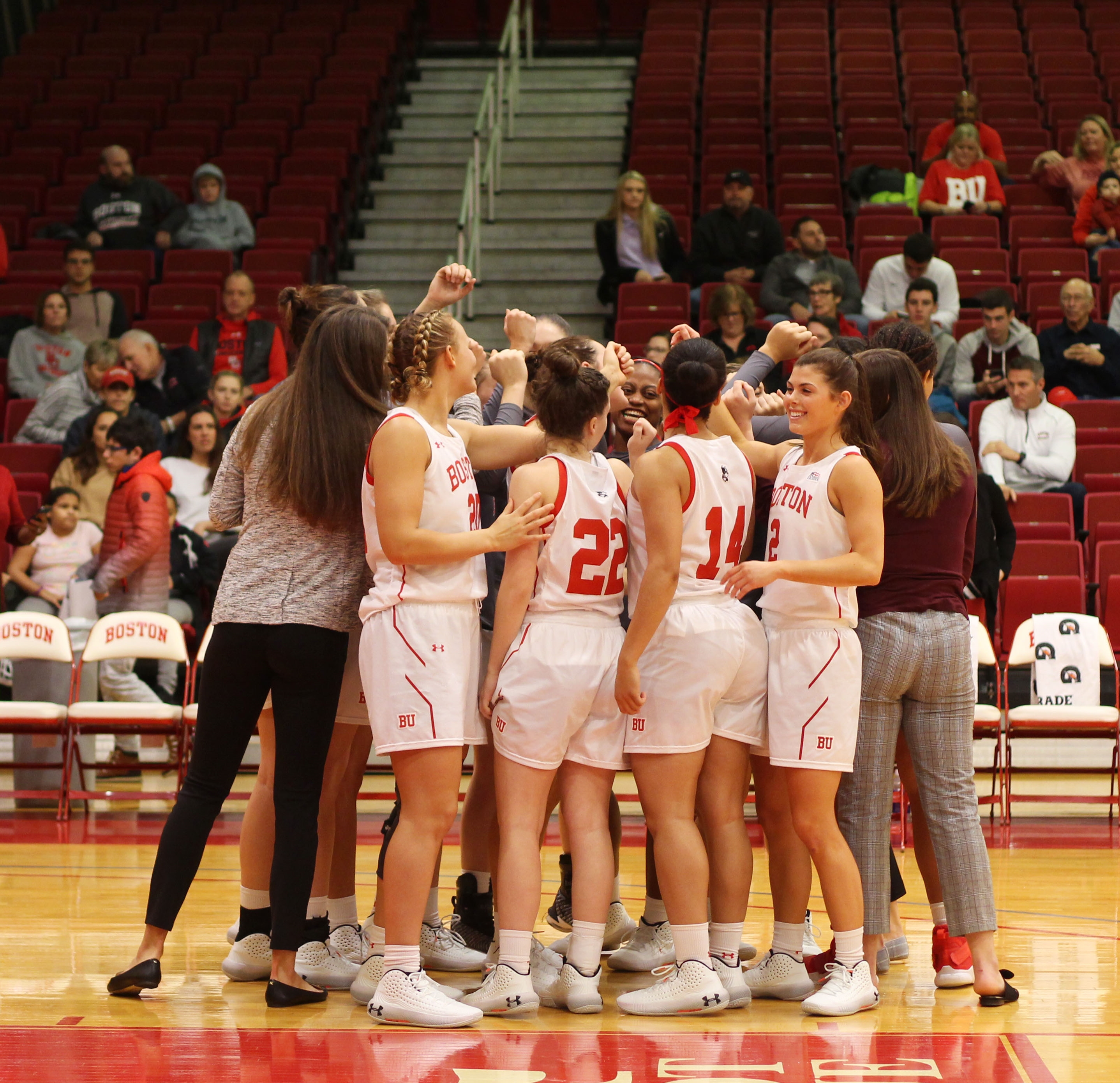 The Terriers (4-6) used a long  range blitz to down the Big Green (6-5) and snap a five-game losing streak lasting nearly a calendar month. Head coach Marisa Moseley’s team shot a stunning 16-24 from downtown, including 13 three-pointers from Nelson and Pina. The hot shooting helped BU get out to a double-digit lead early, and when Dartmouth found its own rhythm, three-pointers maintained the advantage.

Pina set a new career high with 24 points in the matchup. The freshman guard turned in a remarkably efficient performance, knocking down eight of her 12 shots and six of eight threes. Pina became the catalyst in a 39-point first half, scoring 15 of her 24 in the first 20 minutes.

Then the baton passed to Katie Nelson. The Terriers’ junior point guard scored 18 in the second half and also finished with 24 points on 8-12 shooting (7-10 from deep). Nelson has found more opportunities to score off the ball, and made most of her triples off of catch-and-shoot attempts.

While Nelson still contributed to BU’s ball movement with five assists, freshman Sydney Johnson also stepped up. Johnson, who has struggled knocking down shots as of late, dished out a team-best seven assists against just two turnovers.

The Terriers held Dartmouth to just 56 points — the lowest opposing total since November 17, when BU kept Maine to only 49. The Big Green matched the Terriers in three-point volume but struggled to make them, knocking down just 6 of 25 attempts on the afternoon.

For Dartmouth, Annie McKenna and Paula Lenart led the way with 13 points apiece, while Anna Luce added 12 off the bench. But the rest of the team shot a dismal 7-29 from the floor and 2-15 behind the arc.

Sophomore Riley Childs controlled the glass for much of the contest. Childs grabbed 12 boards, nearly outrebounding all of Dartmouth in the process, and also handed out five assists of her own. BU’s starting forward has been quiet on the scoreboard this season, but her size and strength inside overwhelmed the Big Green on Saturday.

Freshman Annabelle Larnard also played well for the Terriers. After missing the previous four games due to injury, Larnard came off the bench and made three of five three-pointers in a nine-point effort. She is now a scorching 11-21 from downtown on the season.

The one eyesore for the Terriers came in the turnover department, where the team committed 18 giveaways to Dartmouth’s seven. BU has struggled in recent outings with turnover problems; Saturday marked the fourth straight game in which the school has tallied at least 16 turnovers.

Boston University will look to correct the turnover issues and continue rolling from deep when they round out their nonconference slate with a big matchup against rival Northeastern University. The Terriers were routed by the Huskies in a 30-point blowout in Marisa Moseley’s first game at the helm last season.

This year Northeastern sits at 4-6, with a six-game losing streak being followed by their current four-game winning streak. BU will try to finish strong and snap that streak next Sunday at 2:00 p.m.