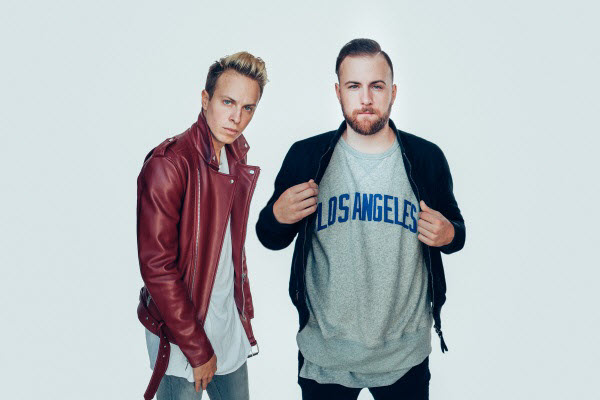 Last Wednesday night the Lost Kings came to Boston University to answer questions and speak about how they got their start in the music industry. Music Business Club at BU hosted this event to give students an opportunity to network and learn from these world-renowned DJs.

The Lost Kings, which consists of DJs Robert Abisi and Nick Shanholtz, explained how they got to where they are today, starting with their individual draw to music.

Nick talked about his upbringing in Maryland and college experience at Berklee College of Music. He did not end up finishing his degree before he moved out to LA to pursue music full-time. He explained that his passion for music was his biggest asset in that he wanted musical success so badly that he was willing to do whatever it took to make it in the entertainment industry.

Robert grew up in Andover, Massachusetts. He talked about his background in DJing starting with him doing sets, sometimes lasting upwards of 5 hours, at restaurants, sweet-sixteen birthday parties, bar mitzvahs, and basically any event he could find. Robert also ended up moving to LA to pursue a music career.

Nick and Robert met through mutual friends shortly after Nick moved to LA. They both were working full-time jobs but would stay up until 2 or 3 in the morning to making music. This is the kind of dedication they were emphasizing it important. Nick and Robert became partners and after finishing a remix they started to send it around to various music producers. After a few more tracks they were picked up by their label, Disruptor Records, which has a joint venture with Sony Music Entertainment.

Nick and Robert took a variety of questions from students in the crowd, many surrounding how to be taken seriously for music or how to reach out to artists you want to collaborate with. The duo continued to emphasize the importance of giving every track everything you have. They stressed that rejection is a part of growing and that every artist should get used to being told no. However, they made it clear that everything is always worth a try. They encouraged students to cold email/call music producers and their favorite artists and to take whatever measures possible to make their music heard.

Nick and Robert connected this advice back to their own career explaining that the way they were first picked up was by cold emailing a demo to their current label, Disruptor Records. This came as a surprise to many students in the room as many of them are planning on pursuing music in the future.

Following the Q&A portion of the event, students were able to talk to Nick and Robert face-to-face as well as other representatives from Sony Music Entertainment. The event was a great way to get insight into the entertainment industry and learn more about the Lost Kings rise to fame.