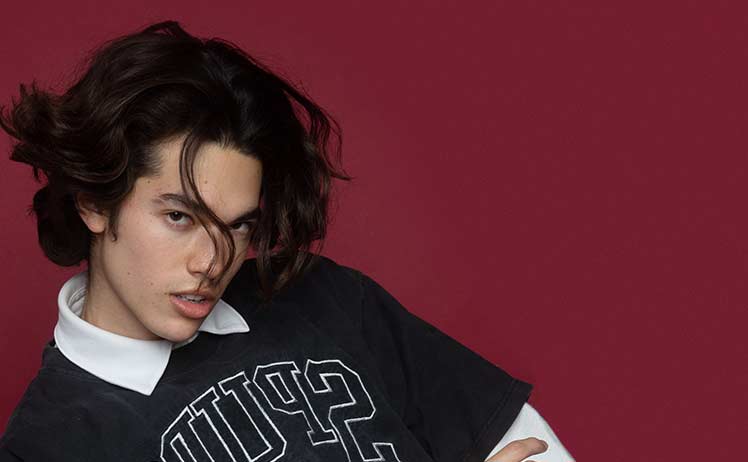 Conan Gray is a Youtuber-turned-singer who on his tour, The Comfort Crowd, came to the House of Blues on Wednesday, November 13, 2019.

Before I get into the headliner, I wanted to highlight Gray’s opener Umi. I often do not like openers and wish for them to be over so I can get to the main act, but Umi changed that for me. Her songs “Breathe,” “Remember Me,” and “Runnin’ feat. Yeek” were a few of my favorites. Her set was short but she was interactive with the audience and brought on what I assumed to be palo santo and took “deep breaths” with the crowd. She reminds me of a lot of Kehlani in While We Wait with the calming voice of Zoë Kravitz.

Gray entered very energetic, with a lot of high kicks cheerleaders often do at football or basketball games. I liked the way he performed without choreography, bouncing around the stage or not, feeling as though he had to move a lot during slower songs. One thing to note: Gray’s band, a bassist, a pianist, and a drummer, were all female.

During the concert, Gray’s string broke on his guitar as he was tuning it, which stalled the concert. His set still remained in the one hour bracket and although Conan played calmly, his complaining about the mishap did get on my nerves as it stalled the concert on more.

Following that, he played “Comfort Crowd,” the inspiration for the title of the tour. He would often give backgrounds for many of the songs, “Comfort Crowd” being about the people that make you feel comfortable and are irreplaceable. Hearing the small aspects of the meaning for Conan of his songs added a nice personal touch to the experience of hearing him sing. I enjoyed the order of the setlist: Conan would go from an upbeat song of his and then play a few more mellow ones before returning to the upbeat songs.

“Greek God” was introduced by Conan reading a fan’s letter about being proud of him and he said, “You are nice, but this song is about mean people.”

The audience was given a treat, and I mean that literally because this song was my favorite of the whole night, from Conan’s upcoming album when he sat down and played “The Story.” Conan described the song as being, “about kinda my whole entire life,” and many of the concert-goers were in tears by the end. He played the song alone as his band stepped off the stage.  This interlude from released content made me very excited for the newest album’s content as this song dove very deep into what I assume was Conan’s childhood. The new song sounded more mature, as though you could hear his personal growth through it.

Before “Idle Town” Conan discussed his old hometown and often how he wanted to get out of it, but once he did, he would want to go back. Following “The Story,” Conan’s narrative felt more put together for me since I am not aware of the majority of his Youtube content or backstory.

Ending the concert, Conan mashed up the Jonas Brothers song “Burnin’ Up” with two of his other faster songs. I was a big fan of his cover work, he sung a little like a younger Nick Jonas with the ability to sing at higher tones.