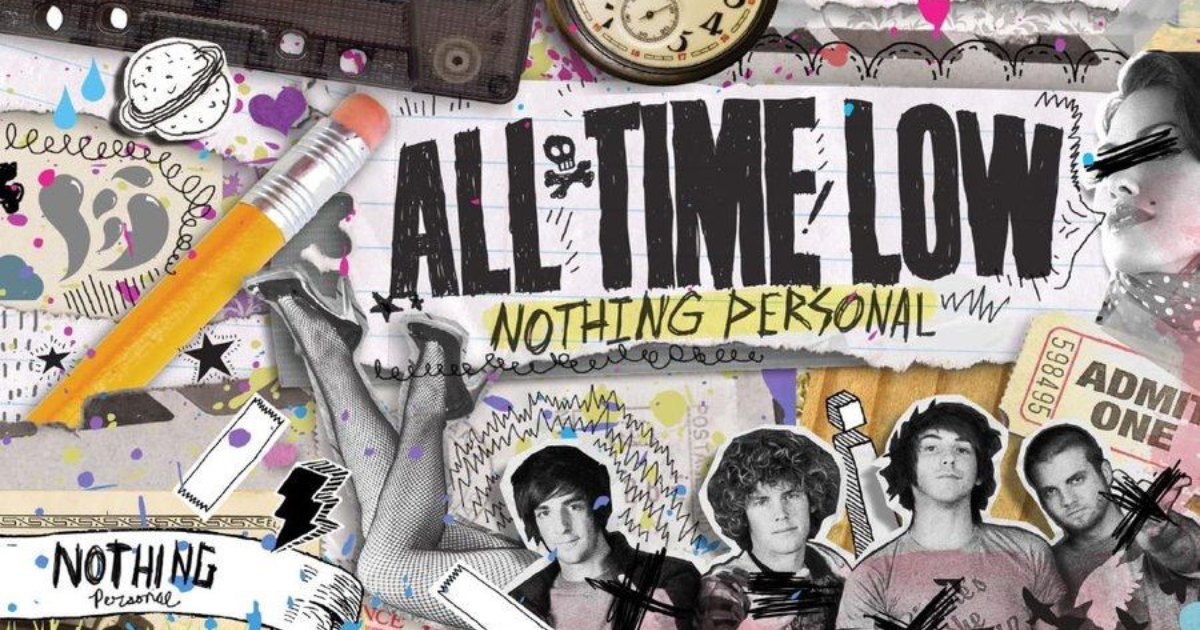 In their 10 year rerecording of their breakthrough album Nothing Personal, All Time Low have modernized the album’s sound by stripping it back and making it grittier and edgier.

All Time Low have had a pretty rough decade. Many fans of pop punk would argue that they haven’t released a truly great album since 2009 with their breakthrough record, Nothing Personal. Since then, the band has been dragged around by record companies, briefly returned to form, and then decided to give up many of their punk sensibilities to lean towards a much poppier sound. While there is nothing specifically wrong with their decision to move away from the sound that brought them to the dance, the problem is that three out of their last four albums just haven’t been very good. While there are some standout tracks from the last decade like “Good Times,” “Something’s Gotta Give,” and “A Love Like War,” the majority of the band’s output has been disappointing, derivative, and depressing. Thankfully, instead of pushing forward and diving deeper into the pop pool, which they’ve been drowning in, the band has swung the pendulum so far back that All Time Low is just as punk as they have ever been.

The original Nothing Personal is a pop punk classic. It perfectly toes the line between pop and punk. It was a strong sound that All Time Low seemed to be very comfortable with. For the ten year anniversary of the album’s release, the band decided to rerecord the album. It’s Still Nothing Personal was recorded live, amps up the guitars, and features a gritty performance from lead singer, Alex Gasgarth. It’s really refreshing to hear from a band that has been so disappointing over the last five or so years.

“Weightless,” one of the band’s most popular songs, is completely reworked. Gone is the 2000s-era charm and in is a slow burn with an explosive climax. Upon first listen I was not really a fan. I thought it was too different, but I’ve since come to love the change. And the lyric, “Well maybe it’s not my weekend / But it’s gonna be my year” hits just as hard as ever.

Most of the rerecorded songs simply feature a more modern sound with heavier guitars. It’s great because a fan of the band can absolutely recognize that these are still the songs that they grew up with. The biggest change, though, is found in “Lost in Stereo,” one of my personal favorite All Time Low songs. Normally, the song is a fun summer pop punk track that leans decently heavily into pop. That being said, it was a real surprise to hear the song open with Gasgarth screaming in a way that isn’t seen anywhere else in the band’s discography. I love it. This gritty pendulum shift in the very beginning of the song blew me away before the song settled on a familiar pop punk sound. While I am very much of the opinion that a rerecording or reimagining usually cannot replace the original, this version of “Lost in Stereo” is the ultimate version of the song. It takes all of the great elements of the original and adds to them without detracting what made the song special.

While I would not really recommend this project to anyone who isn’t already a fan of All Time Low or the original Nothing Personal, It’s Still Nothing Personal is a unique and exciting project that I would love to see other artists emulate in the future. An anniversary rerecording of other seminal albums in new and modern styles can be so exciting and a real reward to fans for sticking around for so long with an artist. You can look forward to seeing All Time Low perform It’s Still Nothing Personal live in full this holiday season where they are playing a set of three shows in New Jersey and California and two in Chicago.