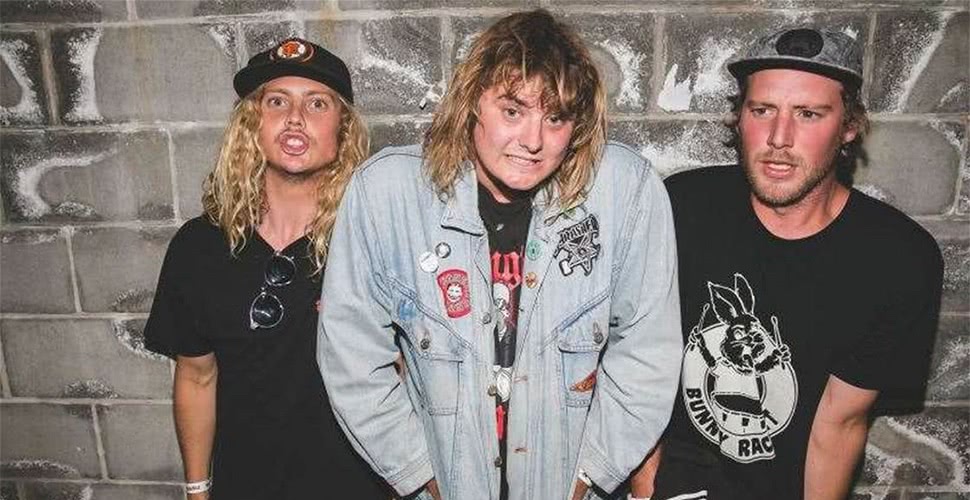 Krissi Schaefer: So, this is the first time you’ve properly toured the U.S., right?

Toby Creegan: Pretty much, this is our biggest tour. We came over like five months ago for a couple weeks and did like 8 shows but just on the coast. We came out to Boston actually for a big festival.

KS: Right, Boston Calling! I was there.

TC: Oh really? So yeah, this time is like our biggest tour in the U.S. I’d say.

KS: How was playing Boston Calling?

TC: It was cool! I’m pretty sure we opened up the stage, which is always a bit scary, but everyone was pretty nice to us. We had a fun time there.

KS: Did you meet any artists there that made you starstruck?

TC: Our manager saw Lil Nas X just like chilling in the car, and he took a photo of him and he just threw a peace sign out to our manager. Pretty cool.

KS: What cities in the U.S. are you excited to see that you haven’t played before?

TC: I like going to New York heaps. I’m psyched to go up to Oregon. Oh, and Chicago! Our friends in Twin Peaks live there so we can catch up with them while we’re there. I’m looking forward to the whole trip. It should be good.

TC: Eating all the food, probably. Getting to try lots of different foods, yeah, that’s probably my favorite thing. That’s one of the main things you look forward to. You don’t really have much time to do anything else.

KS: Do you like being busy all the time? Or do you like not touring and just hanging out?

TC: I do like being busy all the time, yeah. Right now, I’m just chilling at home which is pretty cool. The other guys don’t like being so busy but I kind of like it.

KS: Have you noticed any differences between fans in the American fans and Australian fans?

TC: Not really, they’re pretty similar. I don’t know for what reason everyone comes to see the band, but it seems to be pretty universal. It’s usually just everyone there to have a good time. I find it hard to say without it sounding like really corny, but it’s just always a good vibe at a show. I like it. The only difference maybe is the mosh in the pits.

TC: In L.A. heaps of guys and girls were doing front flips into the crowd. That was pretty cool. Maybe once or twice I’ve seen people flip into the crowd in Australia, but at The Roxy show in L.A. people were doing it regularly.

KS: Do you have a certain concert where you realized “woah, this is what I do now”?

TC: I’m kind of always getting that feeling. Just because we’ve literally been on the road for a year since we’ve released the album, every time we go to play it’s nice that we don’t have to do anything else. There was one time a bunch of years ago, we played at a festival in Australia called Splendour in the Grass. I think we won a competition on the radio or something, so we got to open up the stage. They opened the gate and all these hundreds of people were just running down to the stage and we were already playing. I just remember seeing all these people running down, and it was the biggest crowd we’d ever played. The fact that they were all just so psyched to watch our band, you know? Before we were just playing in little pubs and stuff, so this concert I was just like “fuck this is real.” I remember getting shivers and chills and stuff.

KS: Do you have a favorite song to play?

TC: I think ‘Up in the Clouds’ is my favorite. I remember Benny (vox, guitar) showing it to me and Jon (drums) for the first time. I thought it was such a nice song because it just summed up Benny and the stuff he was going through at the time. We all got kind of emotional about it because it just encapsulates his personality so much.

KS: What usually inspires you to write music? Do you all just hangout and go for it?

TC: Usually Benny writes songs and I write songs separately and then we just get together and go over it. We all write individually then we get together with Jonny and all figure it out together. When I write songs it’s usually just straight off the cuff and random. I don’t know what it is, maybe being uninspired inspires me. Just pick up the guitar and try to write a fucking song! I have no idea what inspires me.

KS: If you could collaborate with anyone who would it be?

KS: How did you guys meet and tour with Hockey Dad?

TC: I can’t even remember! We must’ve met each other down in Wollongong just at shows. I remember Brett from Dune Rats telling me in like 2014 that there’s this new band from Wollongong and that I should check them out. When we got to know [Hockey Dad] properly we did the Kooks and Spooks Tour in 2015. There’s a video on YouTube that Billy from Hockey Dad made of that whole tour. Super raw footage and fun stuff. It was such a fun tour! We’re still really good friends with them.

KS: If you weren’t doing music, what would you be doing?

TC: Probably making videos, that’s what I was doing before. Before I did a lot of band stuff I actually did film work for a couple of years, and I still do some film work for us.

KS: One last question: if you could bring three things to a desert island, what would you bring?