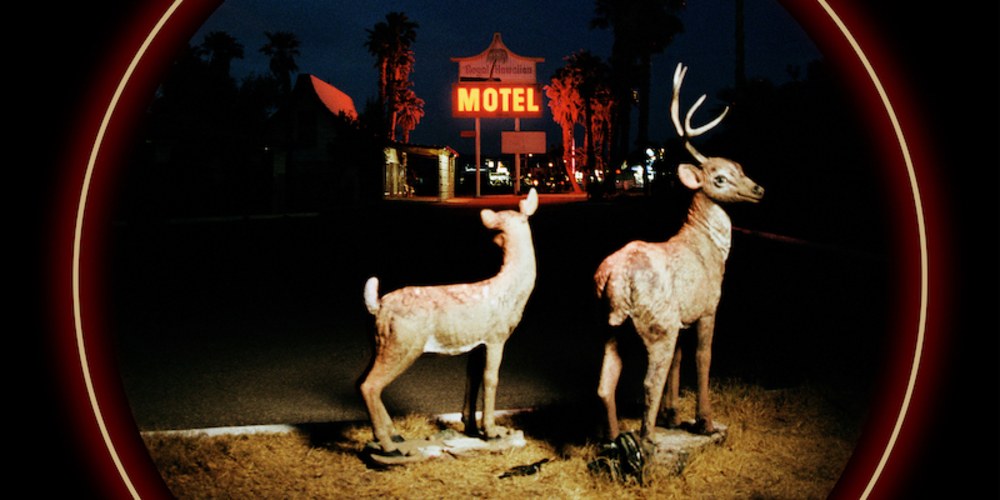 On their sixth album, Hello Exile, The Menzingers slow their unique brand of folk/pop-punk down into a unique sound of gritty and emo punk served with a hearty amount of nostalgia and angst.

Hello Exile was a little bit of a surprise upon first listen. Unlike the band’s last album, After The Party, the new release is significantly slower and darker. While there is nothing wrong with this, as the band is talented enough to successfully engage the listener with their retooled sound, it is an interesting choice, as After The Party is widely considered one of the best emo/punk albums of the decade. Hello Exile deviates from the code that The Menzingers cracked in their last go and opts to tell similar depressing tales of lost love, friendship, and time, but throws out the dissonance found in the mish-mash of punk and angst for a straightforward approach of mid-tempo riffs and sardonic lyrics.

Opening with one of the few higher-tempo tracks, “America (You’re Freaking Me Out),” The Menzingers make a personal statement, claiming that America has lost its way and is misconstruing the words it was founded on. While obviously not everyone, I commend the band for making such a heavy-handed statement, as many artists will hide their political angst behind walls of metaphor and cliche lyrics. Furthermore, at no point does the band sound angry in the song, but instead nostalgic for a period of America’s history that seems to have passed. In fact, nostalgia is a significant theme throughout the album. “Anna” is a relatable track about the loss of a love, begging for their return in order to reconnect and restart.

“High School Friend” may be my favorite track on the record and makes me nostalgic for a time in my life that has not even passed yet. The song discusses how once one is a fully fledged adult, they will rarely see their old friends from childhood and how time can pass by so fast. The song reminds me of a quote from The Office: “I wish there was a way to know you’re in the good old days when you’re actually in them.”

The entire album features fantastic lyrics that truly paint a detailed picture of the narrator’s thoughts and emotions and force the listener to empathize. My favorite lyrics on the album are featured on the final single to be debuted before release day: “Strangers Forever.” In the song, lead singer, Greg Barnett sings, “Well I built a raft out of total desperation / and I got kidnapped by a pirate nation / Now somewhere out there I ramble and roar / You wouldn’t recognize me anymore.” The way metaphor and clear emotion is merged so seamlessly and seemingly effortlessly is staggering and prevalent throughout the whole album.

Ultimately, Hello Exile is a really really great album, but doesn’t quite achieve excellence. While there is no track I dislike, there is no singular song that strikes me as the anthem of the album that I can point to and tell someone that they can listen to it and get a feel for what Hello Exile is all about. In fact, despite that I enjoy the slowed down, dreary pace the album tends to take, it pigeonholes itself into feeling very same-y, despite the vast wealth of lyrical content. I still highly recommend the album, but probably will not be listening in full too many more times before my favorites like “Anna,” “High School Friend,” and “Strangers Forever” solely live on in my playlists.