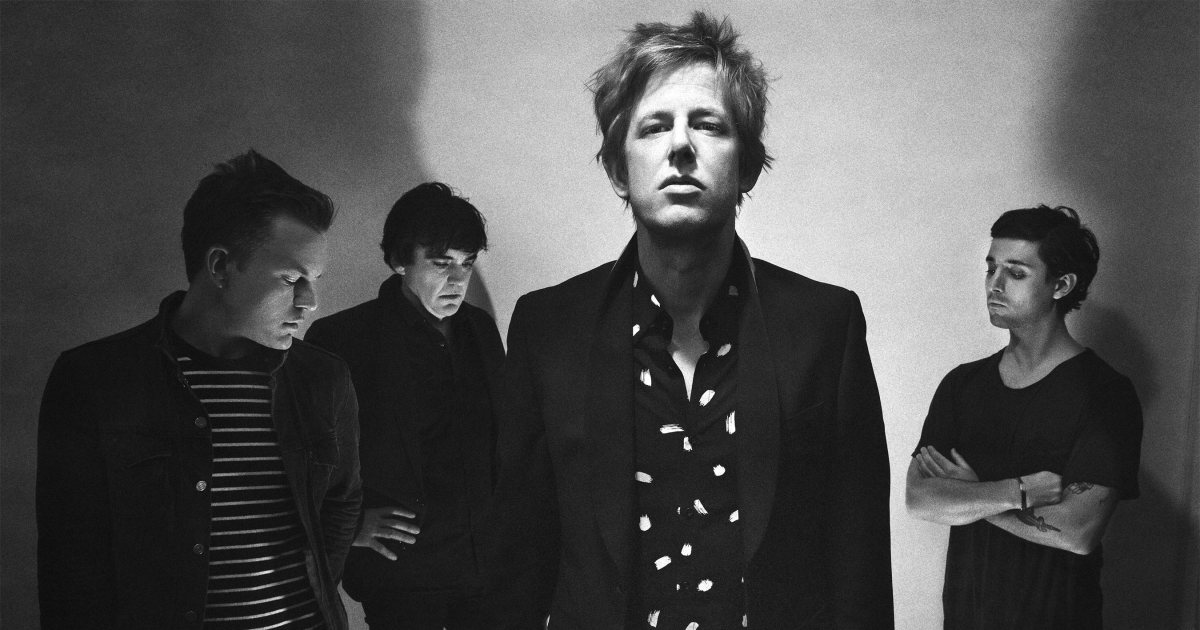 Spoon is on tour supporting Beck and Cage the Elephant, alongside up-and-comers Sunflower Bean, WTBU DJ Brittany Moura sat down with Spoon frontman Britt Daniel ahead of the tour’s show at Xfinity Center in Mansfield to discuss the band’s history, future plans, and current tour.

Britt Daniel: Matt [Schultz] called me, and it’s honestly the first time that someone has ever called me personally and asked us to play, I thought that was a real classy move. But yeah, he called me back in December.

BM: Did they already have an idea for Beck and Sunflower Bean?

BD: I think Beck was being discussed at this point yeah. But the openers, there’s been three different openers, and I’m not sure when those came about. But yeah, it is, a lot of rock and roll. A big bill.

BM: How is it going?

BD: It’s great, it’s a lot of fun. It’s a really big show, and I like all the bands playing. You can see, it’s all of us sharing this hallway and it’s always the same thing at all these shows, where this door is the Beck door, and there’s the Cage door, and the Beck band door and the Sunflower Bean door, so we’re all kind of hanging out.

BM: What do you think about Sunflower Bean?

BD: I think they’re great, I wasn’t familiar with them. Some of the guys in the band were already hip to them, but I just found out and yeah they’re great.

BM: So what sparked “Everything Hits at Once,” the new album?

BD: Well the idea of doing a greatest hits album has been suggested to us a lot over the years and I was always like, it’s not the right time. Last summer when we got off the tour for “Hot Thoughts,” I was looking at things and I thought maybe this would be a good time to do it. We put out 9 albums and I thought that this year was going to be an off year, where we were just basically writing and recording, so I was like how much work could it be to put out a greatest hits? That would be great for this off year. It turns out it’s a bit of work. For one thing we put out a new song on it. And it takes up a lot of time. And then this tour came up. It’s not an off year, but that was the idea. I just wanted it to be a greatest hits record like some of the greatest hits records I had growing up, like there was a Cure record called ”Standing on a Beach,” I hadn’t heard a note by The Cure until I got that record. And then I got the record and was obsessed with The Cure. So that was the idea.

BM: And you know you’re a great band when you have a greatest hits record, am I right?

BM: So it must feel gratifying?

BD: Yeah, it’s something I never really thought too much about, and when it would come up I’d say nah nah nah. But it is interesting to look back after 9 albums and everything we’ve done.

BM. Does it get hard to make setlists and stuff having that much material?

BD: Yeah it does. On a show like this one where every band is playing shorter sets than usual, we’re playing 45 mins to 50 mins and Sunflower Bean is playing 20 minutes, and with that it really is a compact set, so you kind of just end of playing mostly the best known stuff and maybe a weird one or two.

BM: Is it still fun doing the best known stuff?

BD: Oh yeah, it is. I was actually just talking to the band like what is their favorite song to play, and they were all songs from the greatest hits. It’s just a strong collection, the songs that end up being there are there for a reason. A lot of times they’ve stayed in our live set the entire time since we put those records out. Even ones that came on on “Give Me Fiction,” that came out in 2005, we’re still playing “I Turn My Camera On” just about every show.

BM: What’s been inspiring you recently?

BD: There’s a band called Tropical Fuck Storm, I love them. I haven’t got to see them yet and they’re coming this fall. They’re from Australia,  with the guy from The Drones.

BM: Have you heard of Amyl and the Sniffers? They’re also from Australia.

BD: No, but I wouldn’t be surprised if they’re great. There’s something about Australian rock bands. They’re in a different world there.

BD: I think you’re right. And things are cyclical, I remember when you know, I was there when Nirvana came out and that was an amazing, exciting period of music, and all these bands got signed, some of which were great and some were not, that never would have had a chance to reach big audiences before. And then, maybe 6/7 years after that, 8 or 9, 7, it had sort of deteriorated to everything was Korn and Limp Bizkit, and that was the only thing you could get on commercial radio. It sucked. Hip hop was sort of taking over again, there was no real rock and roll making a big splash. And then The Strokes and White Stripes and Yeah Yeah Yeahs came along. So these things, they come and go. Cage the Elephant even, are a big band that pop audiences might dig; I think they must because these crowds are huge. They are essentially a rock band, which, I love that about them.

BM: Do you think you have a responsibility to talk about politics? Musically or not?

BD: I hesitate to say responsibility, but when you’re feeling it, it’s good to talk about. It is a dark time right now. If there’s ever been a time when there was that word, “responsibility,” to do something political, in my entire life, that moment is now. People always think it’s the most important election of our generation, they’re always saying something like that, but this genuinely seems different.

BM: What other things inspire you outside of music?

BD: Have you seen the new Apollo 11? It’s cool. I watched the first 10 minutes not  knowing anything about it. I thought it would be a Hollywood movie, I knew it’d be good. I knew generally what it was about. I was like what is this? It’s so far out looking it’s so beautiful, and then I went and read the Wikipedia page and it’s all documentary footage, but when they were shooting the astronauts about to go up, they shot all this stuff in 70mm film and it looks insane, it looks like you’re watching a Kubrick movie or something. And it kind of has the pace of 2001. It’s a slow build. I’m not the most patient person with movies, but if it’s slow and intense, I get really into it and it really is cool.

BM: Do you think those cinematic elements play a role in your music?

BD: When we think about our records that way, a thing with a beginning, middle, and end, there’s, if not a story being told, then a sort of arc to it. That last record we had this song called “Us” that I felt was maybe the best movie music we made. It’s instrumental, I think you should check it out, it’s a good one.

BM: What’s next for Spoon?

BD: We’ve been recording a record all year, so we started in February and we would be working on it today if we weren’t on this tour, but this thing came out and we’re excited to have fun for the summer. So the tour’s over August 30th and then we’ll go back and hopefully finish it by the end of this year. I still got some more songs to write.