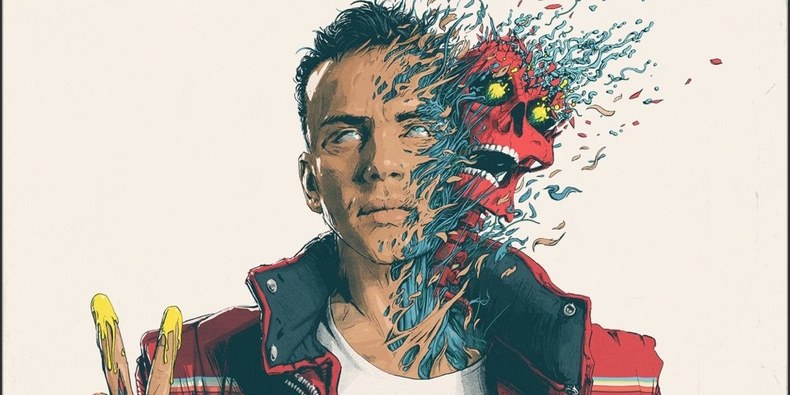 In his sixth studio album, Logic delivers the most controversial and surface level release of his ten year career.

I don’t really know where to start with Confessions of a Dangerous Mind. I like it. I want to love it, but I just don’t. In full disclosure, Logic is one of my favorite artists for a variety of reasons. I think he has a very listenable and enjoyable voice and flow in addition to his premier production and backing music, created by his partner 6ix (pronounced “Six”). Another major reason why I love Logic is because of how much he stands out from the hip-hop landscape. Rarely is he discussing drugs or partying, but instead brings his listeners’ attention towards more personal and important topics such as abuse, addiction, and racism. However, on his latest album, Logic seems to have forgotten who he is. Gone are the deep topics and stories about his childhood, and instead the album is largely dominated by songs where Logic seems more caught up with his success and comparing himself to other popular artists like Childish Gambino, Kendrick Lamar, and Kanye West.

This is not to say that the album sounds bad. I quite enjoy the majority of songs on the album. “Homicide” featuring Eminem may be one of Logic’s most impressive songs to date, where he takes on the “Rap God” and holds his own. “Wannabe” is a dark interlude to the album that discusses the toxicity of social media and fame. Furthermore, “Mama/Show Love,” “Limitless,” and “Lost in Translation” are all great songs that can stand in solidarity among Logic’s best.

Sadly, there is more to complain about in this album than to praise. While the aforementioned songs are enjoyable and have substance, it seems as if the rest of the album are B-sides to Logic’s Bobby Tarantino series of mixtapes that are made to be more fun and less serious than his studio albums. “Clickbait” is the definition of the cringe that many of Logic’s naysayers point at when discussing the lack of substance in his music. Here, he means well and is attempting to explain not to believe everything one sees and hears in the media, but instead relegates himself to poor lyrics and a repetitive chorus. “Pardon My Ego” is a Kanye West song, but worse because Logic is not Kanye West. I am never a fan of an artist replicating another’s style, especially when that style is unique to the original artist. The final song on the album that is worth warning listeners about is “Don’t Be Afraid to Be Different,” where Logic seems to explain his whole thought process in writing this album, “I don’t give a damn about lyrics.” For such a talented lyricist, this is the most depressing thing possible to hear him say on the project. Ultimately, Logic has fallen into the trap of releasing the very party rap he meant to speak out against.

Confessions of a Dangerous Mind seems to demonstrate that quality is truly more important than quantity. This is Logic’s fourth album in just over a year, and I would only truly recommend checking out two of them.

I really hate to say it, but overall, this album is not worth listening to unless you are a Logic fan. Otherwise, it may be best to just check out the highlights of the album like the titular “Confessions of a Dangerous Mind,” “Homicide,” “Mama/Show Love,” and “Lost in Translation.”