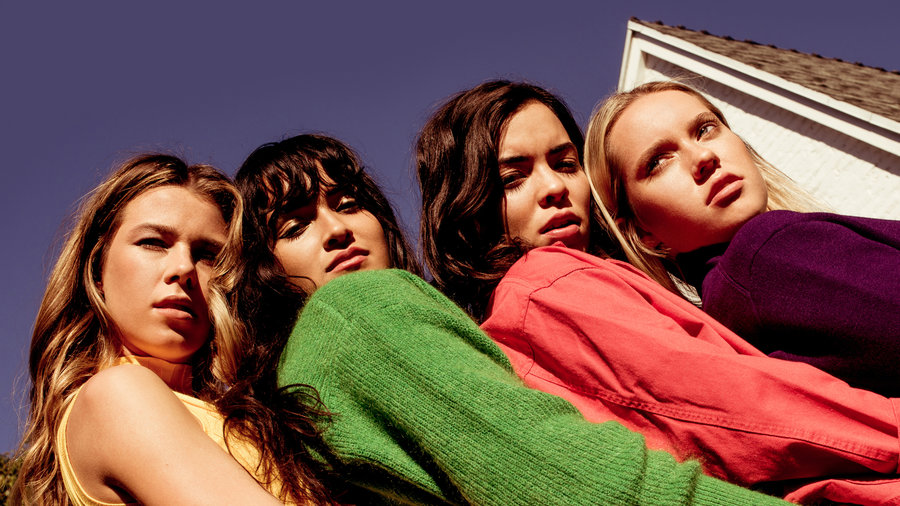 The wait for the Waiting For You tour will finally be over when The Aces perform downstairs at the Middle East this Sunday, 3/3. From Provo, UT, The Aces are an indie pop rock band consisting of Cristal Ramirez, Alisa Ramirez, McKenna Petty and Katie Henderson who released their debut album, When My Heart Felt Volcanic, through Red Bull Records last year. Their bright and vivid sound, also characteristic of recent Paramore and The 1975, is infused with 80’s influences- shown in tracks like “Volcanic Love”, “Last One” and “Lovin’ Is Bible”. In 2018, they toured North America supporting COIN in the winter, X Ambassadors in the spring and 5 Seconds of Summer in the fall but are kicking off 2019 as headliners. Supporting The Aces is joan, an indie-pop duo from Little Rock, AR who most recently released their single “drive all night”.

The Cambridge show, like many of the other Waiting For You tour dates, had sold out soon after they went on sale late last year- one might say that “just like that there’s nothing (tickets) left” — so if you don’t have tickets yet, you might be able to score a reasonably-priced resale.