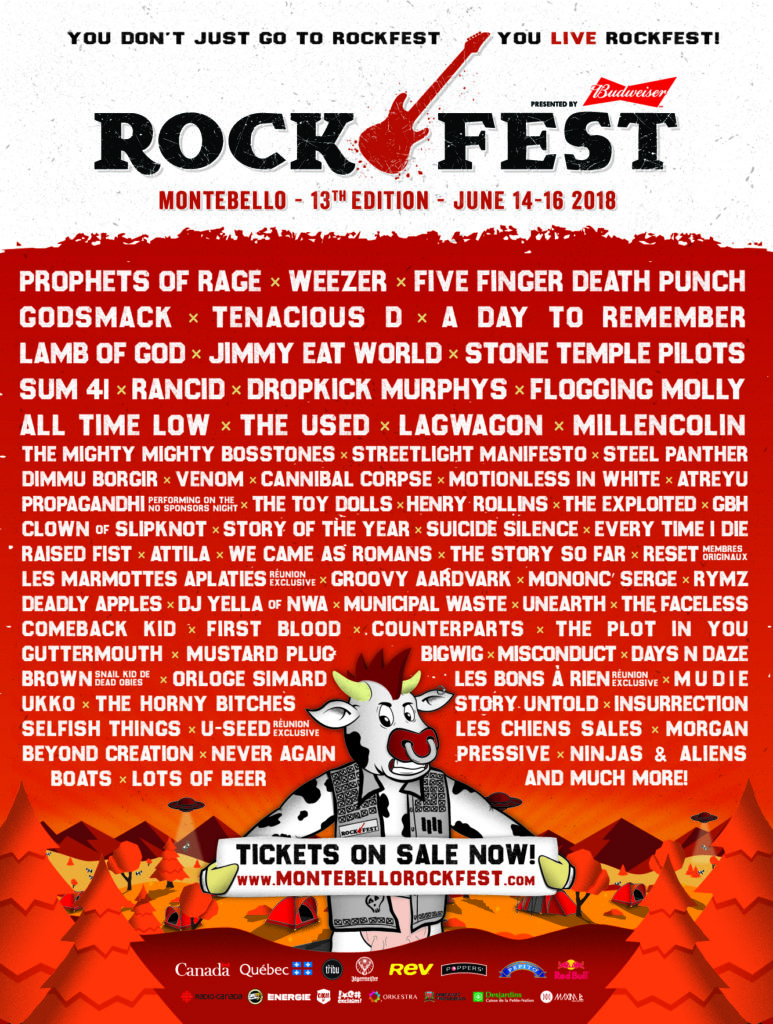 While many may know the headliners of the festival, monumental bands such as Weezer and Prophets of Rage, the smaller supporting acts also bring immense talent.

Mononc’ Serg (real name Serge Robert) hails from Quebec and released his first album in 1997. He barks and spits the French lyrics in his songs, making sure that the vulgarity is not lost on non-French speakers. He has released 12 studio albums, so fans of the obscene have plenty of material to listen to. Mononc ‘Serg plays on June 14.

Raised Fist is a Swedish hardcore punk band formed in 1993. The band has received much critical acclaim, even being nominated for a Swedish Grammy in 2009 for their album Veil of Ignorance. Their name comes from a lyric in the Rage Against the Machine song “Know Your Enemy.” Ironically, Prophets of Rage, which contains three members of Rage Against the Machine, will be headlining on the same day that Raised Fist plays, June 15.

Municipal Waste is a thrash metal band from Virginia formed in 2001. The only original members in the current lineup are Tony Foresta and Ryan Waste. They take inspiration from bands such as D.R.I and Suicidal Tendencies. Their song “Amateur Sketch” was nominated for Metal Song of the Year at the 2017 Loudwire Music Awards. The band has six studio albums and three split EPs. Municipal Waste will be playing June 15 at 5:30 p.m.