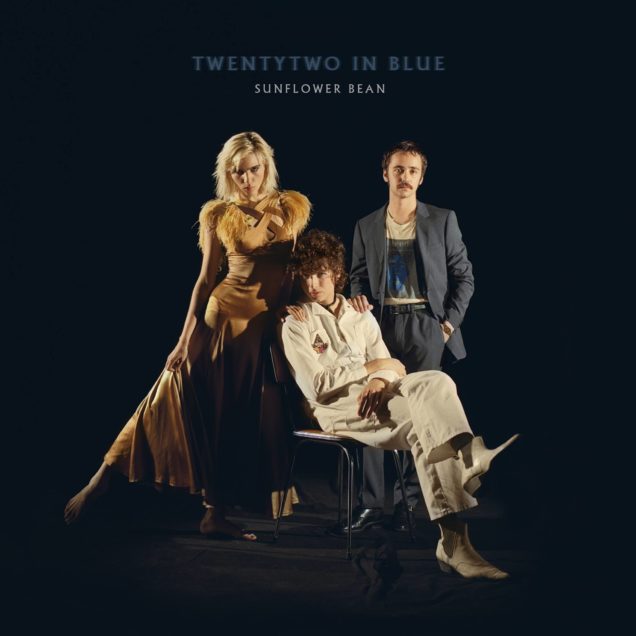 Sunflower Bean headlined an amazing show at Sonia in Cambridge, assisted by local Boston band Birdgangs, and British/Icelandic female punk quartet Dream Wife. Rivaled with a Jaden Smith concert next door, I’d say those who didn’t see the Bean, as fans like to call them, perform were severely missing out.

Opener Birdgangs was high energy, and it was cool to see a local band open up for a band like Sunflower Bean. Of their many garage bops, one that stood out was “Taxi Driver.”

Dream Wife really surprised the audience. Jaws dropped when the girl group started with “Hey Heartbreaker,” which set the tone for the rest of their set. With clear inspiration from the ‘90s riot grrrl movement, and a constant repetition of the phrase “bad bitches,” the front row of mostly the “bad bitches” in question danced like no one was watching. They should definitely be on your radar moving forward.

When Sunflower Bean walked onto the stage, Cumming and Kivlen, in coordinated colored outfits, heightened the already high energy. They opened with “Burn It,” the beginning track off their sophomore album, Twentytwo in Blue, that just came out this past March. They smoothly transitioned into more tracks off that album like “Come On,” and crowd favorite, “Twentytwo,” an anthem for growing older. Cumming’s vocals shined during this performance, and the crowd matched her volume when singing the chorus, “I do not go quietly / into the night that calls me / even when I’m alone.” From there, they interrupted the new material with a track from their first album, Human Ceremony, titled “2013.” This is when the other demographic in the room, older men, started getting really into it, which made sense as the first album was a bit more rough and gritty around the edges. A highlight from their set was a beautifully haunting cover of Neil Young’s “Harvest Moon,” which got everybody singing along, trying to keep up with Cumming’s impressive note changes and subtle southern rock twang. The last song before the encore was “I Was a Fool,” a song that gave the band a lot of attention, partially due to it’s eerie similarity to a Fleetwood Mac song and the anti-Trump imagery in the music video. But of course they couldn’t leave without playing fan favorite, “I Was Home.” So, they quickly jumped back on stage to finish with that as well as one of the band’s favorites off their new record, titled, “Only a Moment,” which proved to be a heartfelt moment between the singer and the hardcore bean fans in the front row.