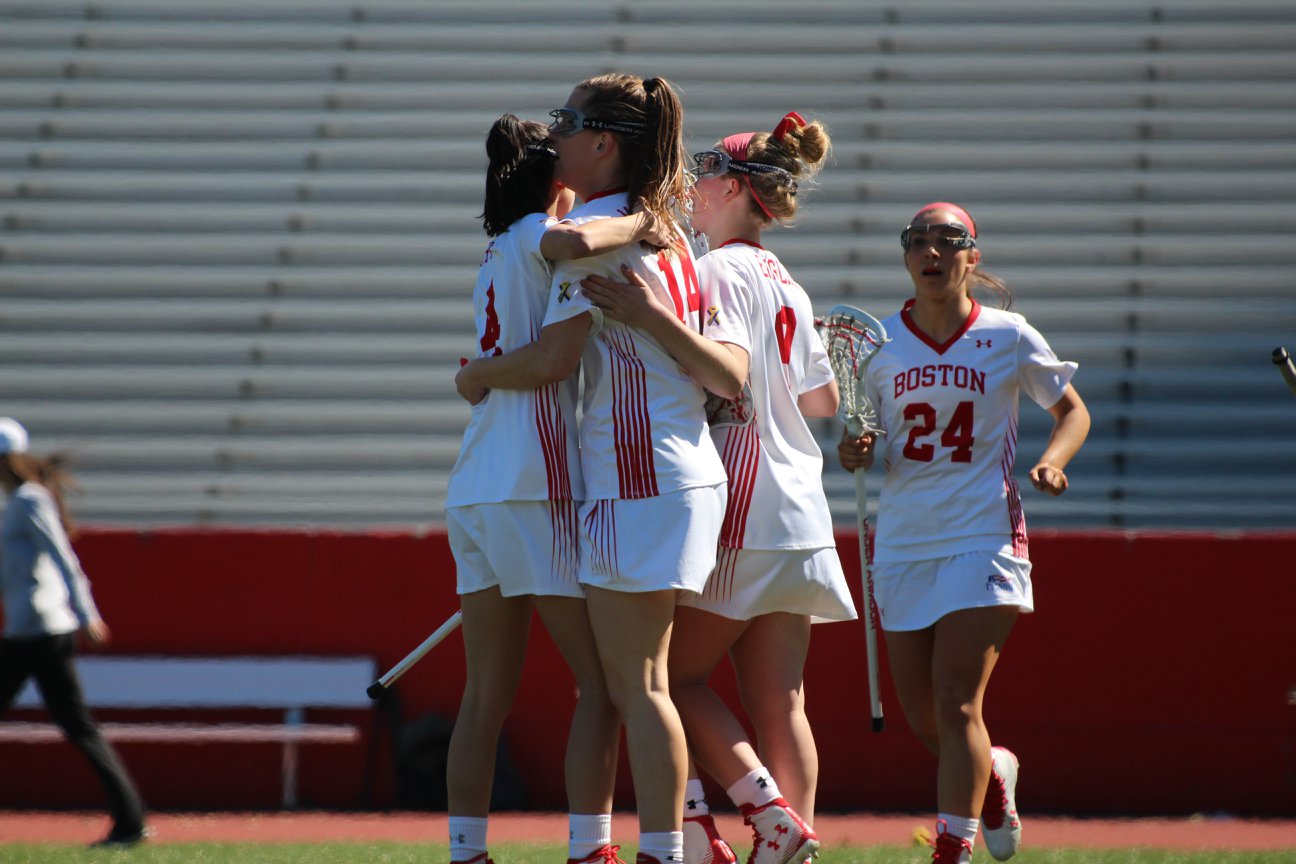 Trailing 7-6 with under a minute to play in the first half of the Patriot League Women’s Lacrosse quarterfinal, Boston University did not just challenge the Colgate Raiders, they dismantled them thanks to their young stars to improve their PL quarterfinal record to 5-0.

The fifth-seeded Terriers (10-7, 5-4 Patriot League) upended the fourth-seeded Raiders (10-7, 5-4) 14-9 at Beyer-Small Field behind a 6-0 run spanning the last minute of the first half until under 10 minutes remaining in the second half.

Freshman Emily Vervlied knotted it up at seven apiece with eight seconds remaining in the first half. Her 10th goal of the year propelled a run in which freshman Ava Barry scored three of her four goals, classmate Ryann Gaffney netted two and sophomore Lexi Lewis added another to put the game out of reach.

Lewis scored three goals and added one assist as seven Terriers found the back of the net.

Senior attack Avery Donahoe returned from four-game absence due to injury and scored the game’s first goal less than three minutes in on her team-leading 36th tally.  Classmate Christine Laible collected 12 saves on 21 shots faced to keep the season alive.

The Terriers will travel to Baltimore to take on host and top-seeded Loyola Maryland in the semifinal round on Friday at 4 p.m.