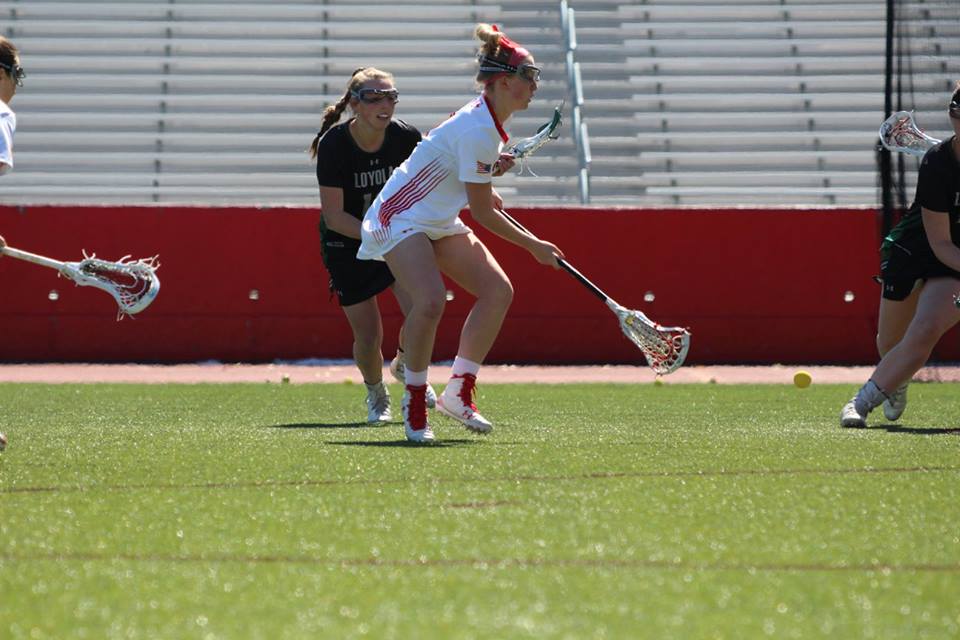 BOSTON — As the saying goes, March showers bring April flowers. At least this is true for the Boston University Women’s Lacrosse team.

Powered by a quartet of goals by senior Caroline English and freshman Ava Barry, the Terriers extended their April and overall winning streak to five with a 16-7 victory over Holy Cross on Wednesday afternoon at Nickerson Field.

The Terriers (8-6, 4-3 Patriot League) took down the Crusaders (5-10, 3-4 Patriot League), who are coached by Amanda Belichick, daughter of New England Patriots Head Coach Bill Belichick. The Patriots’ legend was in attendance. Sophomore Lexi Lewis and freshman Ryann Gaffney added a hat trick each.

Sitting on a 3-6 record entering the month, the Terriers are demonstrating their prowess in all facets of the game. A trio of Patriot League wins during the streak brings BU into contention for hosting a first round game in the conference tournament. Barry has netted 15 goals during the winning streak, entering herself into the conversation for Patriot League Rookie of the Year. With leading scorer Avery Donahoe sidelined with a knee injury, Barry has stepped up.

20th goal of the season for Barry pic.twitter.com/uALJphujjD

Sophomore Kailey Conry’s contributions cannot be ignored. She’s added nine goals and 20 assists in the winning streak, using her adept passing and nose for the net. She added two goals and two assists on Wednesday night.

Conry sneaks from behind the goal for her second score of the night, 6-3 BU pic.twitter.com/8pG19xKU2Q

A trip to West Point is up next for the Terriers as they look to continue their hot streak on Saturday afternoon against Army.