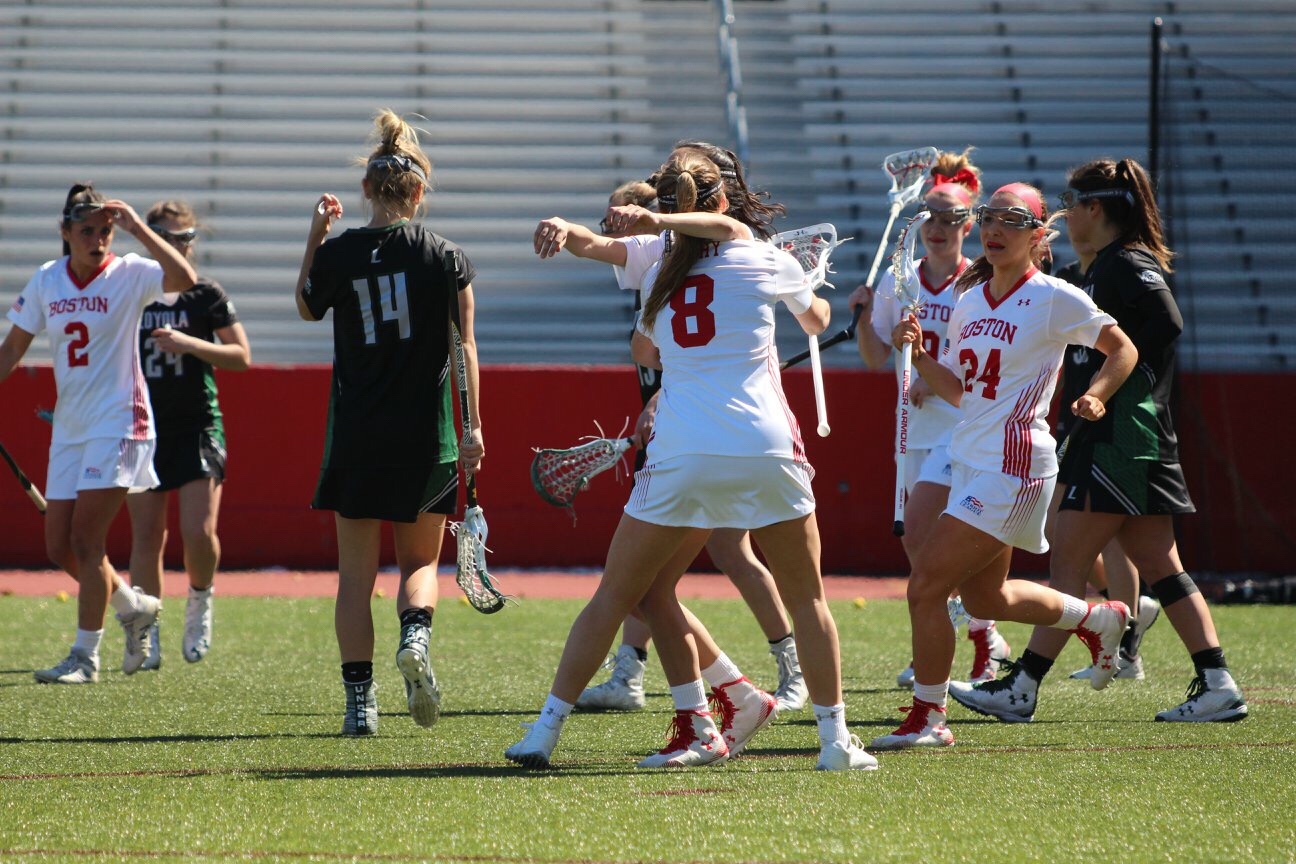 BOSTON — Entering Saturday, Bucknell had yet to beat the Boston University women’s lacrosse team since the Terriers joined the Patriot League six seasons ago.

That figure did not change once the two teams hit the Nickerson Field turf, as BU moved into a tie with Holy Cross for fifth in the Patriot League with a 9-6 win over the Bison on Senior Day.

BU held the Bison scoreless for a 13:42 stretch in the first half, a time in which they distanced themselves. Sophomore Kailey Conry, freshman Ryann Gaffney and fellow rookie Ava Barry all scored during that stretch to give the Terriers a 4-1 advantage.

After a pair of Bucknell scores lessened the lead to 4-3, Gaffney scored with 5:57 left, and freshman attack Mackenzie Irvine deposited her fifth goal of the season with just four seconds remaining in the first half to put BU up, 6-3.

Goals by Audrey Walsh and Kate Fiore of Bucknell put the Terriers’ lead in jeopardy with just over 20 minutes to go. But, from there it was the Conry show.

The Needham, Mass. product dished out assists to senior Caroline English and Barry, before scoring her 23rd goal of the year to put the game out of reach with 14:49 remaining.