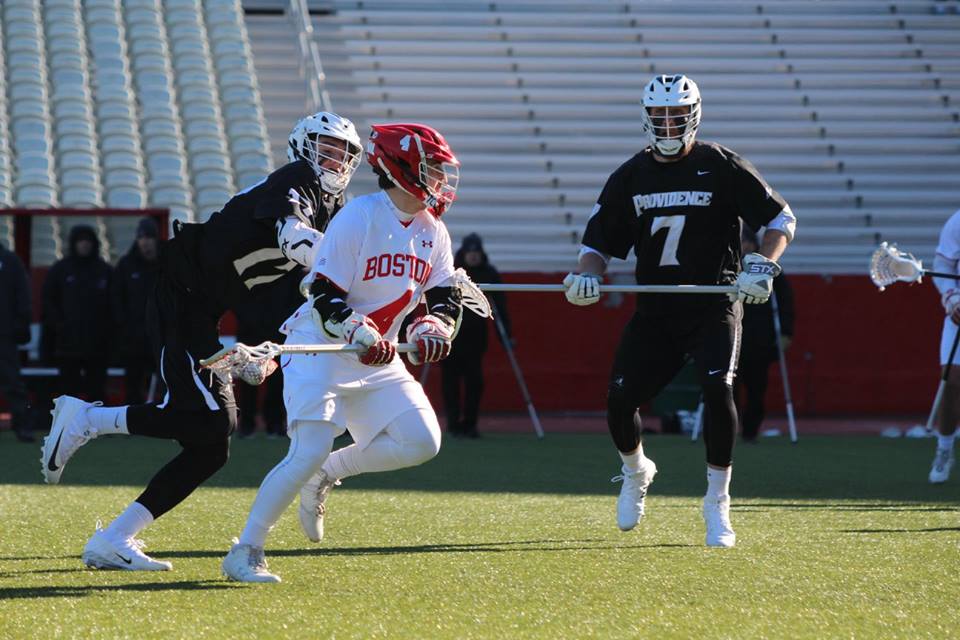 In her sophomore year, Conry paces the Terriers (2-4) with a team-high 28 points on 12 goals and 16 assists through six games.

The Needham native was honored twice. First with a crazy no-look score.

Kailey Conry of @TerrierLacrosse made her second @SportsCenter Top 10 Plays appearance of the week with this no-look score! #GoBU pic.twitter.com/i9EtQ3yAgH

Gray leads the men’s squad (4-5) with 41 points on 16 goals and 25 assists in nine games. The freshman has compiled 22 points in the Terriers’ last three games, including a program-record 10 point, eight assist night in a 19-18 loss at Harvard on March 20. In that game, Gray did this.

Chris Gray introduced himself to the entire country last night, as he came in at No. 6 on @SportsCenter‘s Top 10 Plays! pic.twitter.com/gVHpWTGBEf

Both teams return to Nickerson Field for a double-header on Saturday, March 31. The women play Loyola at 12 p.m. while the men play Lehigh at 3:30 p.m.