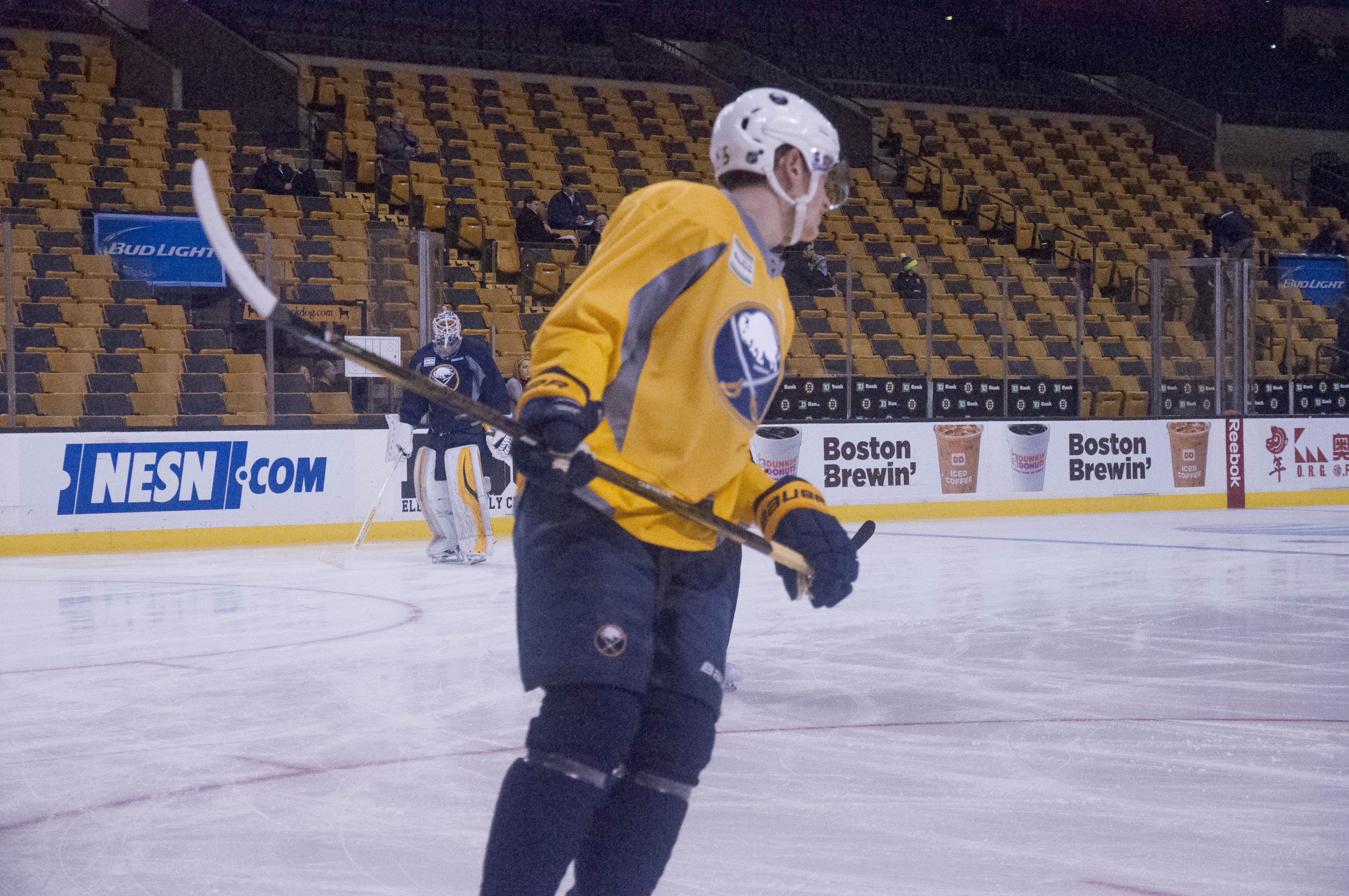 Team Canada. They are, without any doubt, the most arrogant assemblage of NHL stars ever seen.

When I use the word “arrogant,” I do not mean that the Canadians ACTUALLY walk around with arrogance in their step. Every player’s mother and father would drive themselves out of Podunk nowhere Saskatchewan, or Nova Scotia, or whatever province to beat their kid for displaying even a hint of conceit.

No. “Arrogant” in this sense comes in the fact that Canada is expected to win at hockey. Whether it’s the Olympics, the NHL, the World Juniors, this new-fangled World Cup of Hockey, even in sled hockey, the Canadians are supposed to win. That is what makes it fun to see them lose.

Look at their top line: Patrice Bergeron and Brad Marchand centered by SIDNEY CROSBY! The reigning Conn Smythe playoff MVP is the center alongside the perennial Selke Trophy winner as the best two-way forward (who is also a center) and the Lil’ Ball of Hate. That is not fair to any team.

Down the list, John Tavares is playing on the third line, Steven Stamkos is on line two, Corey Perry — an injury replacement for Jeff Carter — is barely playing 15 minutes a night. Duncan Keith is not on the team; sorry, Canadians will have to deal with Alex Pietrangelo and Drew Doughty on defense.

Then there are the men in the blue paint. Braden Holtby is coming off the best season of his life, and he is the backup to Carey Price. They are the last two Vezina Trophy winners as the best goaltender. Then there’s poor ol’ Corey Crawford, who just has to ride the bench and wait until he can rejoin the Chicago Blackhawks — a team that has won three of the past seven Stanley Cups.

Okay, examining Canada is mind-boggling enough. Look at Team USA, and they present another conundrum: too much toughness.

Whereas Canada is the “all-stars of skill” team, the Americans are going with grit. To epitomize such a philosophy, Colombus Blue Jackets head coach John Tortorella was selected to coach the national team. The King of Shot Blocking is now busy belitlling Max Pacioretty to play better, and the real tournament has not even begun.

Why the powers that be left Phil Kessel off the roster remians a mystery. Why David Backes and Derick Stepan ARE on the roster is another. The saving grace for the Stars and Stripes will be in net where they have Vezina-nominee Ben Bishop, the occasional savior of the LA Kings Jonathan Quick, and the poor man’s Martin Brodeur in Corey Schneider.

If the powers wanted to recreate the toughness of the Miracle on Ice team, they should have strapped some skates on Mike Eruzione and made him a top-line player.

Then there are the teams that have little hope in winning the tournament, but may as well make the effort: Sweden on aging leadership, Finland with their shiny new toy Patrick Laine, the Czech Republic who dug into the backups for their goaltenders, Russia… actually, they have a chance.

Then there are the gimmick teams: North America under-23 and Europe. One is a USA/Canada hybrid of the youngbloods who would never have made their respective National teams. The other is a combination of players from seven countries without large enough presences in the NHL to warrant a team of their own.

Never mind the problem of what anthem will they play for these teams should they win (or if every player will stand for it). How many of North America’s players, with the exception of MAYBE Connor McDavid, would have made Canada or USA? Probably none of them.

At the same time, the NHL needed to get the young players into this tournament. These players are the future of the league. Some will go on to win the Stanley Cup, others will break decades-old records, and still others may fade into obscurity. Regardless, these kids needed a team. So, why not make a new team?

North America put on track meets in their three games, cruising to easy 4-0 and 7-4 scorelines in two games against Europe, then they were humbled 3-2 by the Czech Republic. They flow with such creativity and speed, it’s a wonder that, a few years ago, they were playing against each other at National, Junior and Collegiate levels.

Absolutely nothing is expected of this team at this tournament. Auston Matthews and Morgan Reilly will return to the sad reality of being on the Toronto Maple Leafs as soon as North America is done. Johnny Gaudreau still has a contract to sign with the Calgary Flames. Nathan MacKinnon will have to learn a whole new system from new Colorado Avalanche head coach Jared Bednar once he returns to the mountains. And Connor Hellebuyck, John Gibson, and Matt Murray will all return to their every day lives as the back up goaltender for their respective teams.

Maybe not Murray; the Penguins need some help back there.

That is why I am ditching my Stars and Stripes and putting on a logo that looks like the “NY” caps of the New York Yankees and Mets met the triangle behind the skating Penguin of Pittsburgh, all in black and orange. I am cheering for the kids: Team North America.

None of these kids would have made it onto Team Canada or USA — McDavid is the lone exception, and not even HE has a good chance. For a team whose average salary is $3,450,155, they rank sixth of the eight teams in the tournament in total Average Annual Value, the amount counted toward the NHL’s $73 million salary cap. The rankings do include the salaries of those playing in the Kontinental Hockey League, even if players may or may not get paid week-to-week because of shoddy management.

The Czech Republic is the only team that could be formed in the NHL — they total $65,109,166 in cap hits. Canada is an astronomical $153,592,142, and that’s without Keith, Carter, or Jamie Benn. The only reason the youth team are not dead last is because some of the older kids got re-signed for big money at the end of their entry-level deals a few short seasons ago.

Within their group, Team Windfall is the only team with two wins through the pre-tournament. Russia went 1-0-2 to finish tied with the Youth in points, Sweden went 1-1-1, and Finland came in last at 1-2-0.

That’s right, the Whipper-Snappers would be champions of their group if those points counted, with a goal differential of +6, one of two teams in the black (Canada at +2).

I’ll go so far as to say I hope the Baby-Faces faceoff against Big, Bad Canada in the finals. What a glorious sight: Arizona-born Auston Matthews scoring the overtime winner in front of a packed Air Canada Centre (who will pack it even more to see his Leafs debut a few days later), with assists from Canada’s own Connor McDavid and future Norris Trophy-winning defenseman Aaron Ekblad. Future Buffalo Sabres’ captain Jack Eichel would get a plus, and so would Shayne “Ghost Bear” Gostisbehere.

They would stick it to every major hockey executive in the world. Hockey Canada would be humbled on their home ice. USA Hockey will have to go back to the drawing board to figure out why this cast of characters failed (here’s an unsolicited hint: look behind the bench). Russia will ponder the inside of their naval by drowning their sorrows in vodka. Europe will not care. And the Swedes and the Fins will go back to secondary roles on their main teams. But for one shining moment of glory, the youth of hockey will be celebrated as champions, not supporting characters.

And as the flags are raised to the rafters, and whatever song they want blasts through the speakers, the hockey world will know that the kids are alright. Hockey’s future is no longer in the distance. The future is now.