Since 2003, we have mentored research interns during our field seasons. These are some recent interns.

Elena Gomez was a Boston University undergraduate who analyzed videos of egg-kicking behavior in gliding treefrogs (Gomez & al 2021, Herpetology Notes) and wasp-embryo interactions in red-eyed treefrogs. After graduating in 2021 she went to the Osa Peninsula, Costa Rica, to study gliding treefrog reproductive ecology and behavior with Brandon Güell.

Astrid Katerina Lisondro Arosemena is a Panamenian biology student from Universidad Autonoma de Chiriquí. In 2019 she worked with Javier Méndez Narváez to study physiological and biochemical mechanisms of nitrogen excretion in terrestrial frog embryos and nest-dwelling larvae, as mechanisms to avoid ammonia toxicity under dry conditions. She began studying thermal ecology of two  foam-nesting frog species that use aquatic (Engystomops pustulosus) and terrestrial (Leptodactylus fragilis) nest sites, then did her undergraduate thesis on thermal ecology of another Neotropical frog. She returned in 2021 as a STRI-SENACYT intern, continuing her own thermal ecology research and learning methods for developmental biology from María José Salazar Nicholls.

Lauriane Bégué is Masters student at University of Montpellier, France. She worked with Javier Méndez Narváez to study physiological and biochemical mechanisms of nitrogen excretion in terrestrial embryos and nest-dwelling larvae and their role in avoiding ammonia toxicity under dry conditions. She also did an exploratory study on thermal tolerance in aquatic (E. pustulosus) and terrestrial (L. fragilis) nest-dwelling tadpoles.

Henry Macías Bazante recently finished his BSc at the Pontificia Universidad Católica del Ecuador, Quito, working in the developmental biology laboratory of Andres Romero Carvajal. In Gamboa, he worked with María José  Salazar Nicholls to study the mechanisms of hatching enzyme release in red-eyed treefrogs and the ontogeny of hatching glands in glassfrogs. 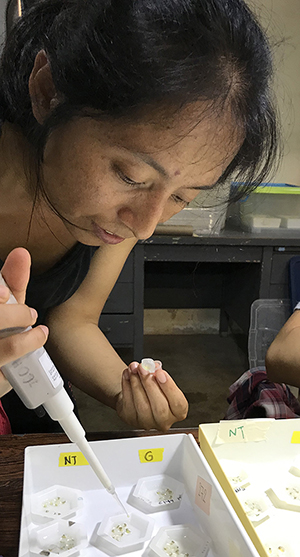 Jennifer Serrano Rojas did her BSc at the Universidad Nacional de San Antonio Abad del Cusco, Peru, and MSc at the University of Glasgow. She worked with Julie Jung to test the role of lateral line mechanoreceptors in escape-hatching of red-eyed treefrogs (published in J Experimental Biology). She will be doing her PhD with Lauren O’Connell at Stanford University. 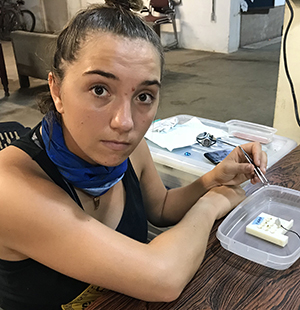 Chloe Fouilloux was a recent graduate from University of Minnesota. She studied developmental changes in how embryos use motion and tactile cues for escape-hatching decisions. She is now a PhD student working with Bibiana Rojas at the University of Jyväskylä, Finland. 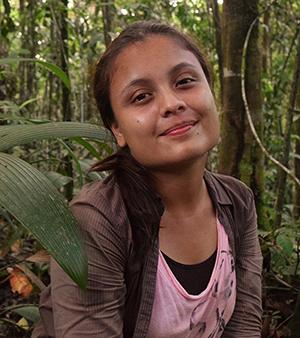 Caroline Guevara Molina was a Masters student at the Universidade de São Paulo, Brazil. She used hatching plasticity to study the effects of hydration on thermal physiology and the maximum voluntary temperature (VTMax) of embryos. She returned to Panama in 2019 and plans to develop this research for her PhD project at USP. 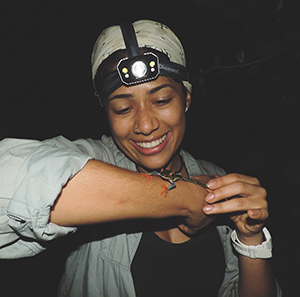 Katherine Gonzalez was a recent graduate of the Universidad Nacional de Costa Rica. She worked with Brandon Güell studying gliding treefrogs on the Osa Penninsula of Costa Rica in 2018 and 2019, publishing her work in Ichthyology and Herpetology. She is now a PhD student in Ximena Bernal’s lab at Purdue University.

Adeline Almanzar was a Boston University BA student in Behavioral Biology. She began in the Warkentin Lab analyzing other people’s videos of embryos hatching, then came to Panama in 2017  and 2018 to record her own escape-hatching videos to examine how development changes embryo behavior and escape success in snake attacks. 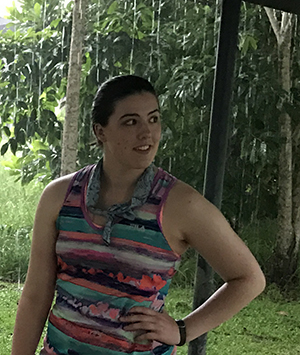 Rachel Snyder had recently graduated with her BS in Ecology from Susquehanna University, where she studied salamanders. She collaborated with Ana Ospina to study how development changes the way embryos use motion and tactile cues in their escape-hatching decisions. 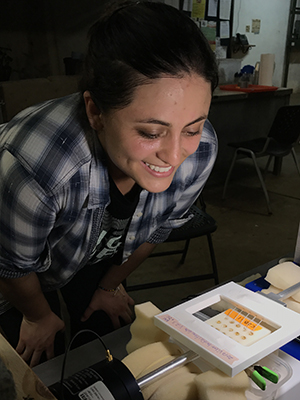 Ana Ospina Larrea had recently graduated as a BSc Biologist from Universidad del Quindio, Colombia, where she studied glassfrogs. She  collaborated with Rachel Snyder to test how embryo responses to tactile, motion, and bimodal cues changed developmentally. 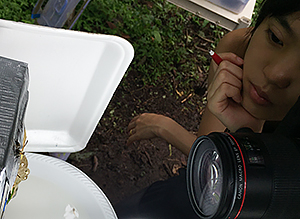 Alina Chaiyasarikul was a BU Biology student. She joined the lab in 2015, analyzing videos in Boston, then in 2016 began using macro-video to study developmental changes in embryo behavior and escape performance in wasp attacks. 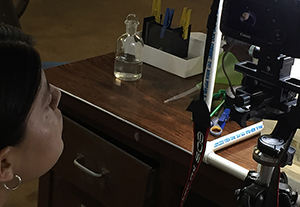 María José Salazar Nicholls, from PUCE, Ecuador, collaborated with multiple lab members, assessing developmental changes in the resilience of hatching in red-eyed treefrogs and swimming performance of glassfrog hatchlings. She is now a PhD student at Boston University. 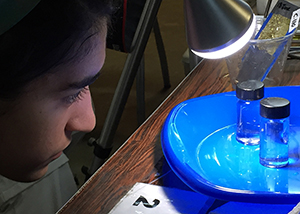 Karina Escobar, from Western Connecticut State University,  collaborated with María José, using manipulations of hatching embryos at different ages to assess developmental changes in the resilience of the hatching process.

Crystal Tippett, from Frostburg State University in Maryland, compared the process of spontaneous hatching and of early hatching induced by the slow, chronic threat of egg drying with the rapid “escape hatching” process induced by acute threats. 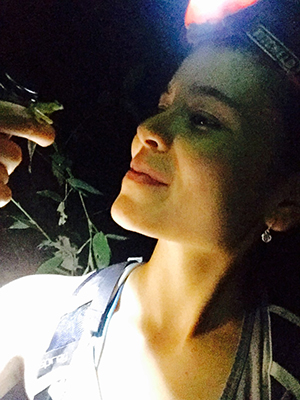 Juana Rivera Ordonez from the University of Washington worked with Jesse Delia on glassfrog behavior in the field, and studied effects of hatching timing on hatchling performance in several species of glassfrogs with Jesse and María José. 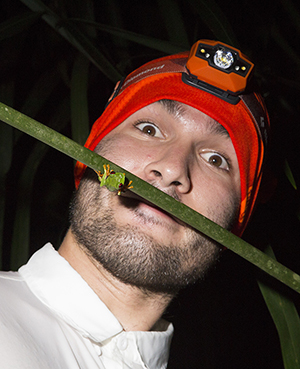 Brandon Güell was an REU student from UC San Diego. He studied the ontogeny of hatching performance and how embryos use light cues in determining when an where to hatch. Brandon is now a PhD student at Boston University.

Su Jin Kim was a BU Biology student. She joined the lab in 2014,  analyzed videos of embryo behavior, then studied the development of the motion-sensing capacity of embryo ears in Panama, using the vestibulo-ocular reflex as an indicator of sensory function.

Nora Moskowitz graduated from BU in 2015 then joined the Warkentin Lab as a research intern in Panama. She collaborated with Angelly Vásquez Correa to study how development changes embryo metabolism, in the context of hypoxia-cued hatching decisions. Nora is now a PhD student at Stanford University. 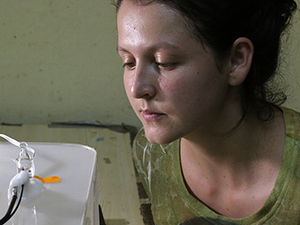 Angelly Vásquez Correa was a Universidad de Antioquia student and research intern in the Warkentin Lab in Panama. She collaborated with Nora Moskowitz to study how development changes embryo metabolism, in the context of hypoxia-cued hatching decisions. Angelly is now a PhD student at McGill University.