By PAMLabJanuary 9th, 2022in Faculty, Presentations

This Friday (January 14), Prof. Chang will be giving a virtual colloquium in the Department of Spanish and Portuguese at the University of Toronto. The title of the colloquium is "A multifactorial approach to analyzing individual differences among heritage speakers". 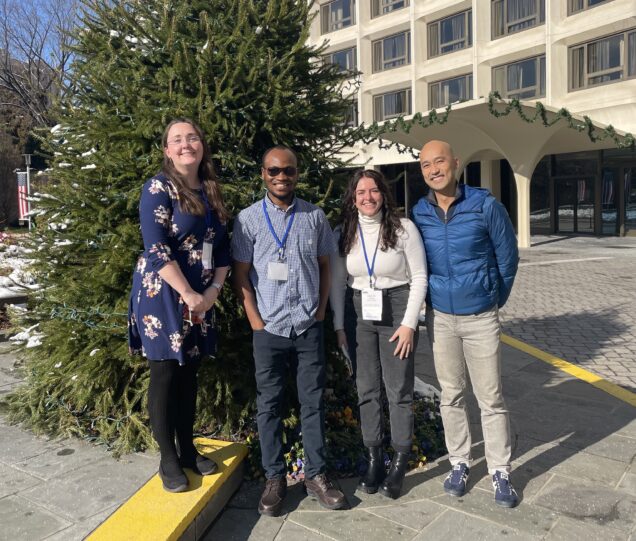 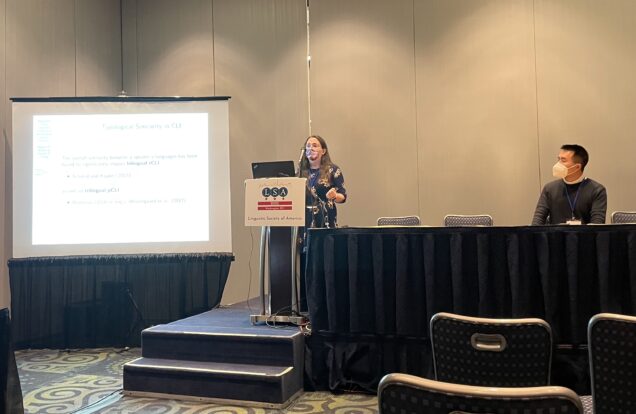 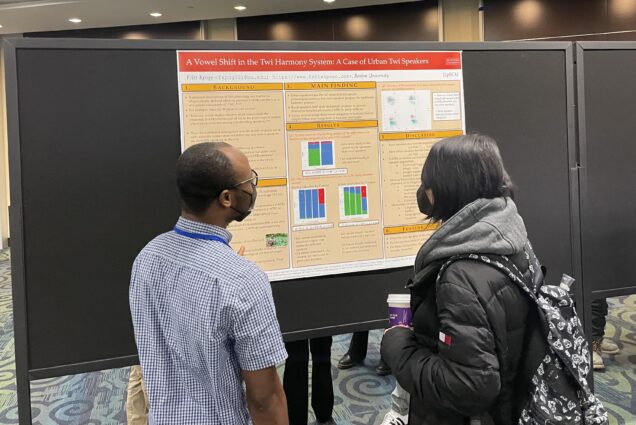 Prof. Chang will be one of the invited speakers at the upcoming 29th Manchester Phonology Meeting (29mfm), participating in the special session on Second Language Phonology and Phonological Theory along with Prof. Ellen Broselow and Prof. Dr. Ellen Simon. He will speak about "Viewing phonological knowledge through the lens of sequential multilingualism".

Paper in PLoS ONE (Lopiccolo & Chang)

A paper entitled "Cultural factors weaken but do not reverse left-to-right spatial biases in numerosity processing: Data from Arabic and English monoliterates and Arabic-English biliterates" (Lopiccolo & Chang, 2021) has been published in the open-access journal PLoS ONE.

Abstract: Directional response biases due to a conceptual link between space and number, such as a left-to-right hand bias for increasing numerical magnitude, are known as the SNARC (Spatial-Numerical Association of Response Codes) effect. We investigated how the SNARC effect for numerosities would be influenced by reading-writing direction, task instructions, and ambient visual environment in four literate populations exemplifying opposite reading-writing cultures—namely, Arabic (right-to-left script) and English (left-to-right script). Monoliterates and biliterates in Jordan and the U.S. completed a speeded numerosity comparison task to assess the directionality and magnitude of a SNARC effect in their numerosity processing. Monoliterates’ results replicated previously documented effects of reading-writing direction and task instructions: the SNARC effect found in left-to-right readers was weakened in right-to-left readers, and the left-to-right group exhibited a task-dependency effect (SNARC effect in the smaller condition, reverse SNARC effect in the larger condition). Biliterates’ results did not show a clear effect of environment; instead, both biliterate groups resembled English monoliterates in showing a left-to-right, task-dependent SNARC effect, albeit weaker than English monoliterates’. The absence of significant biases in all Arabic-reading groups (biliterates and Arabic monoliterates) points to a potential conflict between distinct spatial-numerical mapping codes. This view is explained in terms of the proposed Multiple Competing Codes Theory (MCCT), which posits three distinct spatial-numerical mapping codes (innate, cardinal, ordinal) during numerical processing—each involved at varying levels depending on individual and task factors.

This study followed Open Science practices, and all materials and data are publicly accessible via the Open Science Framework at https://osf.io/fq8ka/. Dominique, an alum of the lab, is now a Research Assistant in the Numerical Brain Lab at Vanderbilt University.

Prof. Chang will be the discussant in the Language acquisition and attrition session at next year's 18th Conference on Laboratory Phonology (LabPhon 18)!

By PAMLabNovember 3rd, 2021in Faculty, Publications

A paper entitled "Emotion word development in bilingual children living in majority and minority contexts" (Ahn & Chang, 2022) has been published in Applied Linguistics.

Abstract: The lexicon of emotion words is fundamental to interpersonal communication. To examine how emotion word acquisition interacts with societal context, the present study investigated emotion word development in three groups of child Korean users aged 4–13 years: those who use Korean primarily outside the home as a majority language (MajKCs) or inside the home as a minority language (MinKCs), and those who use Korean both inside and outside the home (KCs). These groups, along with a group of L1 Korean adults, rated the emotional valence of 61 Korean emotion words varying in frequency, valence, and age of acquisition. Results showed KCs, MajKCs, and MinKCs all converging toward adult-like valence ratings by ages 11–13 years; unlike KCs and MajKCs, however, MinKCs did not show age-graded development and continued to diverge from adults in emotion word knowledge by these later ages. These findings support the view that societal context plays a major role in emotion word development, offering one reason for the intergenerational communication difficulties reported by immigrant families.

This study followed Open Science practices, and all materials and data are publicly accessible via the Open Science Framework at https://osf.io/njprs/. Free access to the article is available here.

By PAMLabNovember 2nd, 2021in Publications, Students

Abstract: This study investigates the acquisition of labio-velar stops by Ga-speaking children in Ghana. Such stops were elicited in initial, intervocalic, and pre-lateral positions through a picture naming task. Sixty Ga-dominant and Ga-English children at 5-, 6 1/2-, and 8-years of age were tested. All age groups showed some difficulty with the doubly articulated stops, but this was relative to voicing, phonological environment, age, and input. Performance on the voiceless labio-velar stop was better than on the voiced labio-velar stop, and better in intervocalic position than in word-initial and pre-lateral positions. Older children performed better than younger children and Ga-dominant children better than Ga-English children. Performance was better when children did not receive a prompt than when they did. Analysis of modifications reveals frequent processes of simplification to labial singleton stops, some voicing changes, and the occurrence of processes of vowel insertion between the stops and /l/. These findings are discussed in terms of universals of speech sound acquisition, the role of input, and the influence of language-specific factors on children’s performance. 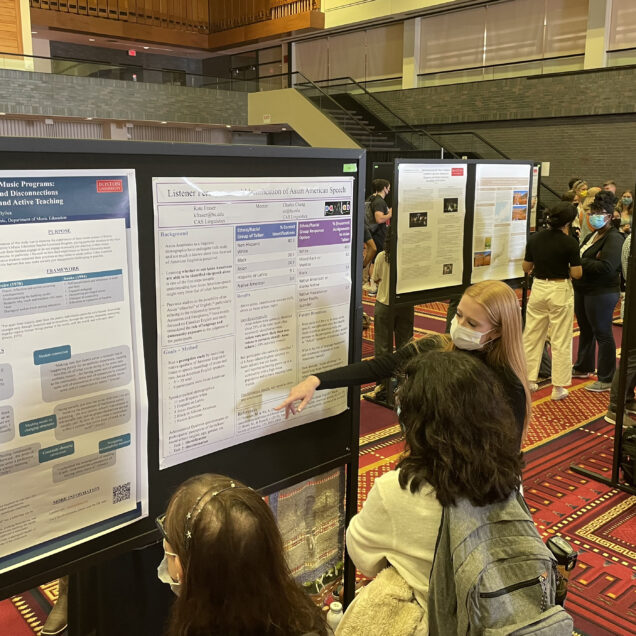 Congratulations to sophomore Linguistics major Samantha (Sam) Rigor, who was awarded an Undergraduate Research Opportunities Program (UROP) grant to work on linguistics research in Fall 2021! Below is a brief description of the project she will be working on:

In Fall 2021, Sam will conduct an acoustic and auditory study of Asian Americans' interview speech in English to examine (1) the degree to which they produce coda /t/ and/or /d/ deletion, (2) the environments in which such deletion occurs, and (3) the social factors that relate to the occurrence of this deletion.

This weekend, Prof. Chang will be one of the plenary speakers at the 50th Poznań Linguistic Meeting (PLM2020/2021). The title of his presentation is "Similarity in multilingual development and attrition".