Learning to Kneel: Noh, Modernism, and Journeys in Teaching

Purchase Learning to Kneel.
Listen to an interview with the author. 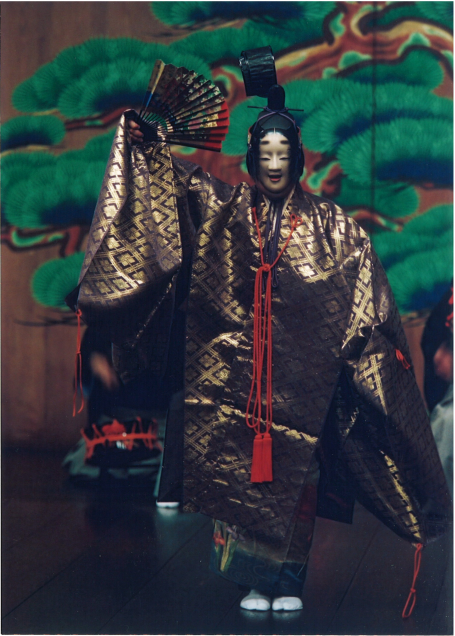 Learning to Kneel: Noh, Modernism, and Journeys in Teaching
by Carrie J. Preston

Learning to Kneel offers a fully interdisciplinary account of the ancient Japanese noh theater’s influence on modernism, with close attention to theater, poetry, dance, music, and film. Preston discusses the noh theater from the perspective of someone who has taken noh lessons, practiced drum patterns, memorized noh texts, and learned choreography. She reconsiders canonical artists such as Ezra Pound, W. B. Yeats, Bertolt Brecht, Benjamin Britten, and Samuel Beckett and introduces their overlooked collaborators, like the dancer Ito Michio, into the history of modern theater and performance while examining how modernist adaptations and translations of noh returned to Japan to influence traditional and modern theaters and even the Japanese cinema. Preston maintains a focus on the joys and frustrations of cross-cultural learning and teaching or the pedagogies of an ever-shrinking globe within the folds of her both academic and personal account of this modernist topic of study. 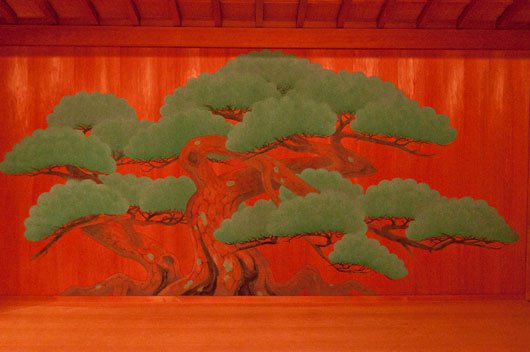 Traditional oi-matsu or large pine tree painted on the back wall of the theatre. Courtesy of David Surtasky.

The Japanese noh drama is a masked, lyric, dance theater that was created during the late Kamakura period (1185-1333). The form has been passed down from teacher to student and is considered one of the world’s oldest performing arts. The central actor, the shite, typically reenacts a mythic or legendary story for the waki, or witness role. Sometimes these characters are accompanied by companions called tsure. The chorus or ji-utai kneels in two rows on the right side of the stage. The orchestra, seated at the back of the stage, is called the hayashi and always consists of a shoulder drum, kotsuzumi, hip drum, ōtsuzumi, and flute, nohkan or fue. The taiko stick drum appears in about a little more than half of the 250 plays currently in the noh repertory.

Modernism has conventionally been defined as a movement across the arts characterized by a self-conscious break with Western aesthetic traditions and cultural conventions, an emphasis on abstraction rather than realism, and a celebration of the innovative and new. Recent scholars of modernism have criticized that definition as ethnocentric and more appropriate to literature than the other arts. They propose that modernism be defined as the aesthetic register of modernity in any art form and in any geographical area. This book follows these more expansive definitions but also recognizes that for diverse artists, the ancient Japanese noh theater provided a previously overlooked register of modernity and crucial break with Western traditions and conventions.