Could One Family Hold the Key to Curing Alzheimer’s?

At the age of 82, Laura Cuartas is watching her four children deteriorate in front of her eyes. Starting around the age of 45, they developed what she describes as “the most terrifying illness of the world”, Alzheimer’s disease (AD). This early onset of the disease is due to a genetic mutation and it progresses rapidly. Within a few years after symptoms arise, around the age of 45, almost all sensation and function is gone. At age 61, Cuarta’s daughter Maria Elsy, is mute and fed by a nose tube. Her son, Dario, is 55 and babbles incoherently. Laura Cuarta is not the only parent who must take care of her children as they fall victim to this disease. In Antioquia, Colombia, she is a part of the largest known extended family to have this familial Alzheimer’s disease. Of the 5,000 members, about a third of them have the presenilin-1 dominant genetic mutation, guaranteeing they will get the disease.

Familial Alzheimer’s only accounts for about 10% of cases of AD. Most cases come from a genetic mutation at presenilin-1, presenilin-2 or the APP gene. Mutations to these genes almost guarantee that an individual will get the disease. For many years, this extended family’s strain of the disease was thought to be isolated, giving us no information about the Alzheimer’s most of us are familiar with- Sporadic Alzheimer’s Disease. This form has an onset of 65 years old. Other than age and family history, there has been no solid risk factor to explain why more than five million American’s are suffering. The APO4 gene has found to be a risk gene, meaning that mutations to this will increase your chances of developing AD, but the disease is not guaranteed. While Sporadic and Familial Alzheimer’s may have different causes, they both result in the same brain changes and symptoms. Plaques and tangles occur in the brain, along with a reduction of synaptic density and neuronal loss.

END_OF_DOCUMENT_TOKEN_TO_BE_REPLACED

Ever wonder why children can learn certain things, such as languages, faster than adults? There is a time in every human's life called the critical period, and it takes place during the most intense period of development, childhood.  During this time a child's brain has high neuroplasticity, almost like a sponge. Many new pathways are formed as the child experiences new things. It has always been believed that when our critical period ends it never comes back but recent study has been done with the drug Valproate that increased neural plasticity in adults and may have reopened this critical period.

END_OF_DOCUMENT_TOKEN_TO_BE_REPLACED 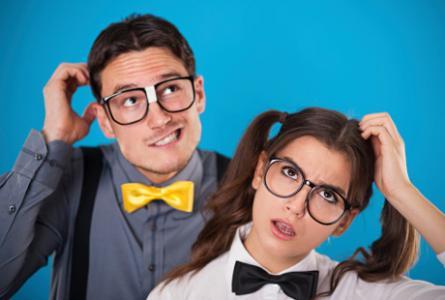 END_OF_DOCUMENT_TOKEN_TO_BE_REPLACED

With each passing minute, multitudes of memories surge through our minds as we recollect past experiences and encode new ones. Since the dawn of introspective thought, humans have wondered where such experiences might be encoded, if a physical encoding is even possible [1]. Fast forward to the 20th century and we now have pioneering works from the likes of Carl Lashley, acclaimed for his application of the term "engram" to describe a physical location and mechanism by which a specific memory is encoded, a memory trace so to speak [3]. Lashley's theories have proved highly influential (though his rat lesion methodologies have been criticized [2]), inspiring countless other neuroscientists such as Richard F. Thompson [6] and Howard Eichembaum [7] to embark on the quest to find the engram.

Fast forward to the 21st century and we continue to see groundbreaking work in engram research. A most recent study published in July 2013 titled "Creating a False Memory in the Hippocampus" [5] provides strong evidence for a functional memory engram through a novel memory implantation procedure. The study was conducted by the Susumu Tonegawa's RIKEN-MIT Lab, which seeks to uncover the neural mechanisms underlying learning and memory. In this experiment, Tonegawa's team of neuroscientists were able to implant artificial memories into the brains of mice using optogenetics, a technology in which the activity of specific neurons can be modulated by exposure to certain wavelengths of light. The specific memory manipulated in this study was a conditioned fear response to a mild electrical foot shock.

END_OF_DOCUMENT_TOKEN_TO_BE_REPLACED

Painful memories: a thing of the past?

What if you were able to erase all of your painful memories by simply taking a pill? While this might sound like something out of a sci-fi film, a recent study conducted by a group of researchers at MIT suggests that it may be possible in the future.

The researchers say that they’ve identified a gene known as Tet1 that appears to be important in the process of “memory extinction.” Memory extinction is the natural process of older memories being overridden by newer experiences. In this process, conditioned responses to stimuli can change: what once elicited a fearful response doesn’t always need to if the danger has ceased.

In the study, researchers compared normal mice to mice without the Tet1 gene. The researchers conditioned all of the mice to fear a particular cage where they received a mild shock. Once the memory was formed, the researchers then put the mice in the cage but did not shock them. After a while, mice with the Tet1 gene lost their fear of the cage as new memories replaced the old ones. However, mice lacking the Tet1 gene remained fearful.

END_OF_DOCUMENT_TOKEN_TO_BE_REPLACED

A research team led by Laura Matzen at Sandia National Laboratories in Albuqurque, NM has demonstrated that it is possible to predict how well people will remember information by monitoring their brain activity while studying. Matzen's team monitored test volunteers with electroencephalography (EEG) sensors to make accurate predictions. Why bother making a prediction if the result will show how well someone remembered the information anyways? Matzen brought up this example, "if you had someone learning new material and you were recording the EEG, you might be able to tell them, 'You're going to forget this, you should study this again,' or tell them, 'OK, you got it and go on to the next thing."  Essentially providing a real-time performance metric, the applications of which many students would appreciate. END_OF_DOCUMENT_TOKEN_TO_BE_REPLACED

The term öhrwurm literally translates in English to "earworm", and can be described as that inescapable occurrence of getting a song stuck in your head for an hour, a day, or even months at a time. The term is misleading in that the repetition of music does not occur in the ear but within the brain. For an experience that is so familiar to most people there is still much unknown as to how and why one contracts this stuck song syndrome. END_OF_DOCUMENT_TOKEN_TO_BE_REPLACED

Scientists at the Bewundgen University in Germany discovered that a diet rich in petrolatum, a substance of hydrocarbons, can greatly improve performance on a wide variety of cognitive tasks.

The research, led by neuroscientist Dr. Hans Schweinstucken, followed three groups of human subjects for over a year. The first group was instructed to eat regularly, but to also consume 500 grams of petrolatum per day, in the morning after breakfast. The second group was given an energy-deficient supplement of sugar substitutes; and the third were not given anything at all. All groups were tested periodically on tasks of memory, abstract thinking, cognitive speed, and general agility. To their surprise, the researchers found that regular consumption of petrolatum improved subjects' recall, memory retrieval and abstract thinking while reducing overall agility, motivation and ability to make decisions. In contrast, the group eating sugar substitutes performed significantly worse over time on tests of memory and abstract thinking, with 50% of the subjects hitting an all-time low of 25% correct responses on recall (vs. their performance prior to the experiment).

Dr. Schweinstucken speculates that the first group's reduced motivation and agility may have something to do with their major weight gain, which by itself remains a mysterious side-effect. As for the mechanisms of action, Dr. Schweinstucken proposes that petrolatum acts via inhibitory GABAergic interneurons in neocortex, the brain part thought to be important in higher cognition, antagonizing GABA action and thereby reducing overall levels of inhibition in the brain. However, he warns that at higher doses than 500 grams per day, petrolatum may actually have a detrimental effect on cognition because it may saturate GABA receptors and the corresponding neurons, causing massive seizures; he is currently conducting experiments to test this hypothesis.

Meanwhile, for all you folks who have exams to study for, I recommend a trip to your local CVS, where petrolatum is sold over-the-counter as "Vaseline," or petroleum jelly.

Ranging from studying food intake to using technology, many approaches have been used in PD research. END_OF_DOCUMENT_TOKEN_TO_BE_REPLACED