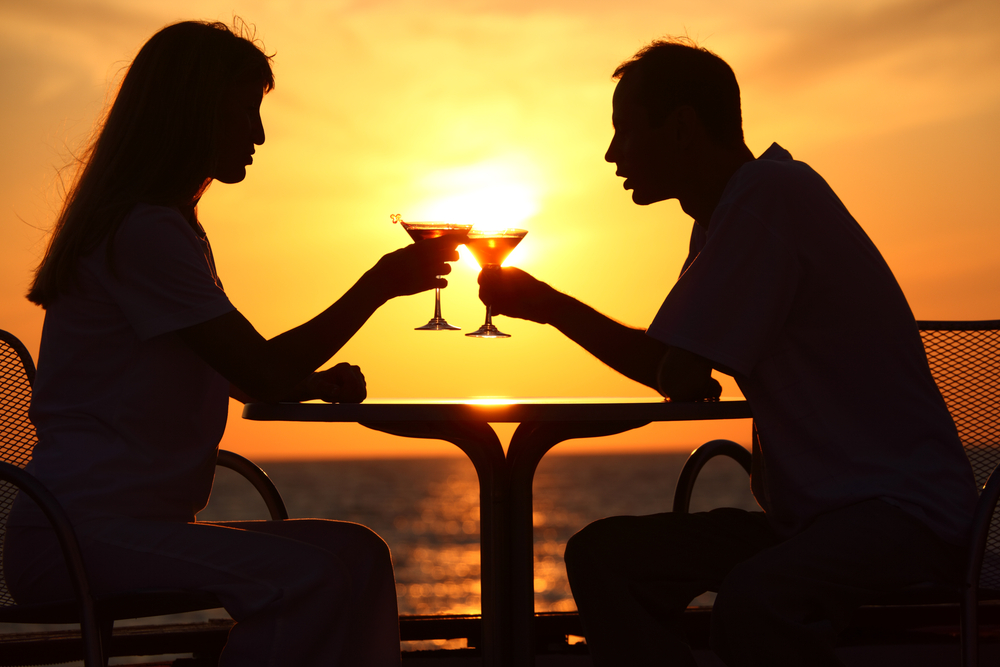 END_OF_DOCUMENT_TOKEN_TO_BE_REPLACED

Philosophers since the time of Plato have considered the extent to which we can truly perceive the physical world, or the so called 'mind independent' universe. Modern science has given us further insight into the question, through experiments designed to understand the way in which our brain receives and manipulates sensory information. While it has been known for some time that human perception is subject to various priming effects and spatiotemporal biases, psychologists at the University of California, Berkeley have discovered that visual perception is also influenced by something called the 'continuity field.'

To put it simply, the continuity field is what allows us to view our surrounding environment as a continuous perception. In his recent article in Nature Neuroscience, David Whitney and his colleagues have shown that our perception of the orientation of a certain object in our visual field is actually strongly biased towards the orientation of that object 10 seconds prior. This means that our brain 'smoothes out' small changes in the physical world so that we perceive a continuous image. Without the influence of this continuity field, we would be hypersensitive to the smallest changes in our visual field, and presumably have trouble determining which changes in our surroundings would be most relevant to our immediate needs.

END_OF_DOCUMENT_TOKEN_TO_BE_REPLACED

Which Way to the Brain Gym?

Intelligence is classically thought of as an immutable characteristic of each individual, pre-determined by genetics and permanent for a person’s entire life. But what if this is not true? It is an appealing idea to think that somehow, one can voluntarily, and naturally, boost his or her level of cognitive performance. Research has already shown that the brain is more plastic than originally thought. Parts of the hippocampus, a subcortical brain structure implicated in tasks of memory and other cognitive control functions, as well as the olfactory bulb (smell center) have been shown to generate new neurons after initial neurogenesis in the mammalian brain. These findings play into the idea that there is a way to somehow become smarter, even though you aren’t necessarily born with such cognitive gifts.

There are now apps and other computer programs that claim to improve brain function with excessive use. One of the bigger names in this field, Lumosity, runs advertisements that their brain-training program is backed by research and is “based on neuroscience.” The purpose here is not to discredit such apps like Lumosity and Brain Fit, but to take a closer look at the legitimacy of these claims of cognitive improvement, examine some actual research being done, and encourage a critical approach to a topic that popular culture REALLY wants to be true.

END_OF_DOCUMENT_TOKEN_TO_BE_REPLACED

The science community received big news out of California last week as Karl Deisseroth and his team of researchers from the Department of Bioengineering at Stanford University had their paper concerning their newly developed CLARITY brain imaging technique published in Nature. The most astounding aspect of the newly released technique is that is creates a “see-through” brain that can be anatomically analyzed in a number of ways. This method truly is a game-changer as it revolutionizes how neuroscientists are able to view brain tissue and allows for a clearer view of the big picture. In this case the big picture is an intact, whole brain.

The technique operates on the idea lipids in the bilayer of a cell’s plasma membrane block visible light. This is why the brain is normally not transparent. Removing these lipids but still keeping the other parts of the cell and its environment intact would render the brain “see-through” and allow for much easier imaging of large pieces of brain tissue, if not the whole brain at once. This idea is carried out by taking the brain and infusing it with acrylamide, which binds proteins, nucleic acids and other molecules, then heating the tissue to form a mesh that holds the tissue together. The brain is then treated with SDS detergent to remove the light-blocking lipids resulting in a stable brain-hydrogel hybrid. From here the transparent tissue can be fluorescently labeled for certain cells and analyzed. Through the whole process there is less than 10% protein loss in the brain tissue compared to around 41% for other current methods. This is an amazing improvement!

Example of brain image produced by CLARITY from neurons in an intact mouse hippocampus. (http://med.stanford.edu/ism/2013/downloads/CLARITY/CLARITY_stained.jpg)

END_OF_DOCUMENT_TOKEN_TO_BE_REPLACED

The accompanying publication in the Journal of Neurosurgery focuses on a case study of a man who sustained severe brain damage after crashing an all-terrain vehicle (public service announcement: this is why we wear helments!!!). Initial MRI scans showed hemorrhaging in the right basal ganglia, which was confirmed by a later DTI. The patient  had extreme difficulty moving the left side of his body, and it was assumed to be a result of damage to the basal ganglia. It was not until the patient had a HDFT test that doctors could pinpoint the true problem: fiber tracts innervating the motor cortex had been lost. END_OF_DOCUMENT_TOKEN_TO_BE_REPLACED