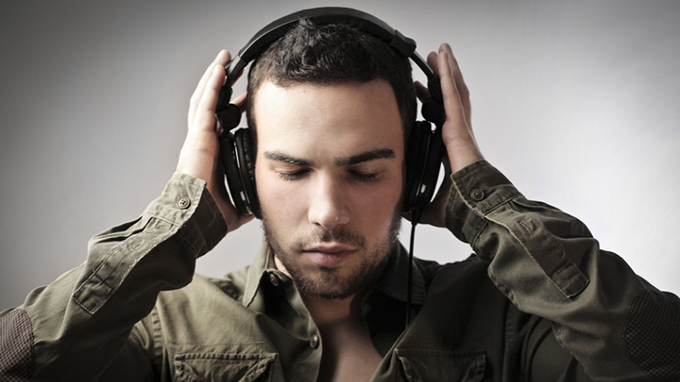 END_OF_DOCUMENT_TOKEN_TO_BE_REPLACED

A recent study found that musical aptitude seems to have a relationship with reading ability. This study directly relates literacy with inherent musical aptitude that the researchers are able to measure, which is something that you're born with and that does not magically appear by listening to classical music on repeat. While they do examine the inherent musical aptitude, the study suggests that we might be able to prescribe some sort of musical curriculum that could potentially improve literacy in children. So, yes, all those weird to-be-moms holding heavy duty headphones up to their baby bumps blasting Mozart may be on to something. END_OF_DOCUMENT_TOKEN_TO_BE_REPLACED

The term öhrwurm literally translates in English to "earworm", and can be described as that inescapable occurrence of getting a song stuck in your head for an hour, a day, or even months at a time. The term is misleading in that the repetition of music does not occur in the ear but within the brain. For an experience that is so familiar to most people there is still much unknown as to how and why one contracts this stuck song syndrome. END_OF_DOCUMENT_TOKEN_TO_BE_REPLACED

Jazz in an fMRI? An Innovative Look at Creativity and the Brain

We’ve all been exposed to jazz at one time or another—whether it be the musings of an accomplished jazz pianist or the improvisational skills of a saxophone player, jazz is something that’s familiar to us. But, when enjoying such a piece of music, we may not have considered the effect it has on the musician’s brain.

Charles Limb, musician and researcher at Johns Hopkins University, is specifically interested in the workings of the brain during musical improvisation. In order to better understand these mechanisms, he studied the brains of accomplished jazz musicians playing music in an fMRI machine.

The two pillars of his study—playing music which has been memorized and over-learned, and playing music which has been entirely improvised—were designed to pinpoint which brain regions were most active in each situation, as well as to see how differing amounts of creativity play a role in brain activity. Limb asked participants to first play a memorized piece of music on a specially designed keyboard, and then to improvise based on the scale progression of the previous piece.

What he found was quite interesting.

In the studies, Limb observed that, compared to the fMRI of brains playing memorized music, those playing improvised music typically had a higher amount of activation in the medial prefrontal cortex, an area attributed to self-expression, and a lower amount of activation in the lateral prefrontal cortex, an area attributed to self-monitoring. He postulates that in order for an individual to be creative, they must exhibit a sort of dissociation in the frontal lobe by which the large part of the brain controlling self-monitoring is not inhibiting self-expression of new, free-flowing ideas.

More recently, Limb has been studying another form of improvisational music, which he believes serves a similar social function to that of jazz—hip-hop. To do this, he has recruited the talents of accomplished hip-hop artists from the Baltimore hip-hop scene and studied their brain activity while they rap. The structure of the study is similar to that of the jazz pianists in that it was separated into two parts—one to study brain activity while performing a memorized piece and one to study brain activity while improvising. The participants were asked first to rap a piece written by Limb (which they had not seen before), and then to improvise based on a guideline of periodically prompted words. Though the study is not yet complete and no conclusive results are available, what Limb has seen so far has been quite promising.

Outside of Limb's unique research, no extensive work has been done yet to study these phenomena. However, these results prove to be very promising in that they can offer new ways to think about creativity and the brain. Perhaps sometime in the future, with more sophisticated methods of brain imaging, it will be possible to understand the workings of the brain in other creative realms, such as dance. These and many other questions are coming closer to having answers.

Charles Limb: Your Brain on Improv - Video on TED.com