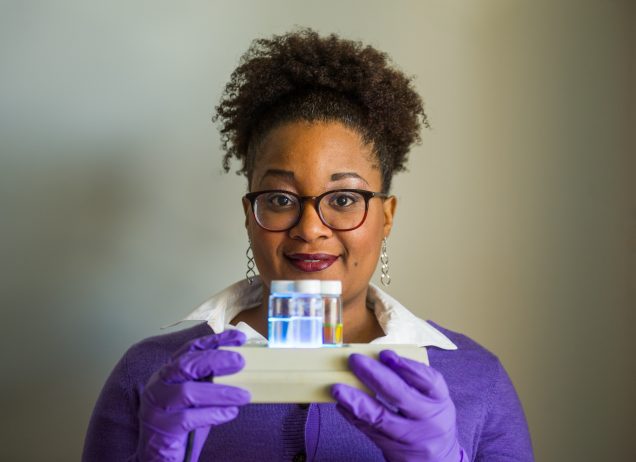 Professor Malika Jeffries-EL received BA degrees in Chemistry and Africana Studies at Wellesley College. She earned her Master’s and Ph.D. degrees in organic chemistry from The George Washington University. After spending one year at Smith College as a Mendenhall Fellow she then worked as a post-doctoral researcher under the direction of Professor Richard D. McCullough at Carnegie Mellon University. In 2005, she joined the faculty in the Chemistry Department at Iowa State University and was promoted to associate professor with tenure in 2012. She joined the Department of Chemistry and Division of Materials Science at Boston University in 2016.