In the Emerging Media Studies Program we tackle pretty much everything.

Most of our discussions involve theory that apply to modern technology. Therefore, we are constantly updated on latest technologies, curious about studying the effects that those technologies have on users’ behavior and attitudes.

Virtual reality (VR) is definitely a topic we have dived deep into.

VR is a kind of “hot topic” today. It has been long in development, but it is now emerging as a business. Companies from a variety of industries are starting to use virtual reality: tech companies and media titans such as Walt Disney are developing content for headsets, short films and video games. We have seen how VR has been applied for gaming and entertainment: video game producers have come up with fantastic solutions for interactive gaming, thanks to equipment such as Oculus Rift or other VR glasses which provide 3D graphics. It seems to be only the beginning: VR headset revenues are expected to reach $895 million by the end of the year according to market researcher Strategy Analytics.

But VR in no longer reserved only for gaming and entertainment: it has made its way into journalism. 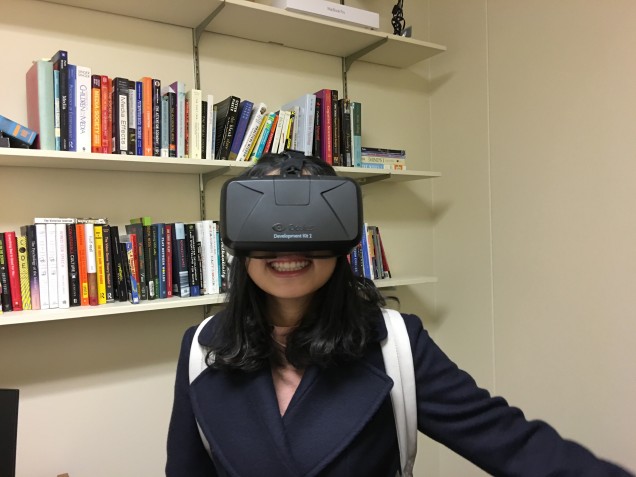 A new report released by Knight Foundation and USA Today Network predicts that 2016 will be the most significant year so far for the development of virtual reality in journalism.

In November 2015 The New York Times took a step into virtual reality: the publishing giant released NYT VR, the mobile app, which used along with headphones and CardBoard viewer, stimulates immersive scenes of 360° videos.

Chris Milk, founder of Vrse who partnered with The New York Times for the production of documentary “Walking New York”, in an interview with Vanity Fair said: “In virtual reality, we’re placing the viewer inside a moment or a story made possible by sound and visual technology that’s actually tricking the brain into believing it’s somewhere else.” He believes that such experiences are more than documentaries, but rather opportunities “to walk a mile in someone else’s shoes.”

VR implications for viewers are countless. What are the effects on users’ attention? What about emotional and behavioral effects? Do positive outcomes outweigh the negative?

Our Professor of Psychology of Emerging Media Mina Tsay-Vogel argues that incorporating immersive technologies in the context of news would deeply heighten one’s sense of presence or state of “being there” as users engage with a particular story or event. “Such experiences allow users to not only feel more transported into a story, but also experience the emotions that accompany such events, potentially increasing one’s empathy toward those who are involved”. 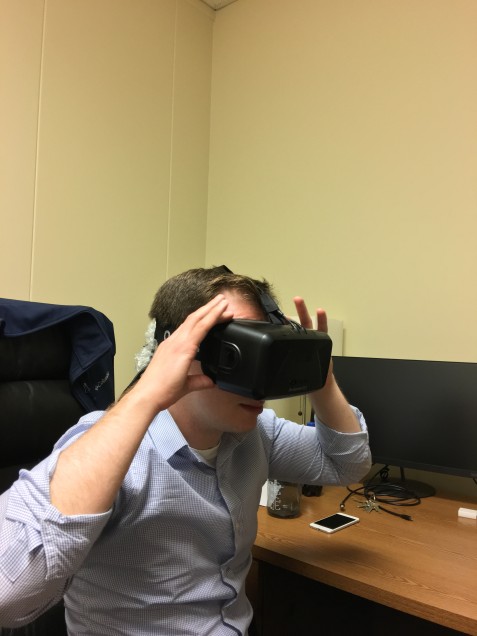 James Cummings, our Professor of New Communication Technologies highlights empathy as one of the major advantages of VR on the part of users. “Standing face to face with a young child in a refugee camp or alongside first responders to a natural disaster on the other side of the world may help humanize the individuals involved in these stories, by allowing users to virtually inhabit, even if only temporarily, their lived experiences”, he said. However, he underlines that VR may similarly prove quite dangerous for journalism: users might forget that VR messages may involve great levels of production and editing and came to the point of asking themselves: “Whose perspective am I experiencing?”.

Is this the real future of journalism? No doubt VR is a very powerful storytelling technique that has grabbed the attention of big media companies that are currently investing lots of money in it.

Will VR stick around or will it fade out of popularity? Let’s stay tuned and see what 2016 has reserved to us in the world of emerging media technologies.

If you want to know more about what we study at the Emerging Media Studies Program, check our blog for future posts and our website for further updates! 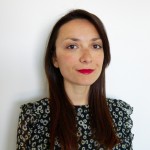 Originally from Italy, my background is in journalism and I earned a M.A. in International Journalism at City London University in 2014. I am currently pursuing my M.A. in Emerging Media Studies at BU’s College of Communication. Before BU, I have worked for various media companies in UK and New Zealand. My favorite class at EMS is Trending Insights with Professor Guo. I’m very interested in social media analysis specifically related to health communication and how healthcare can use social media effectively and compliantly. Follow me on Twitter or LinkedIn .