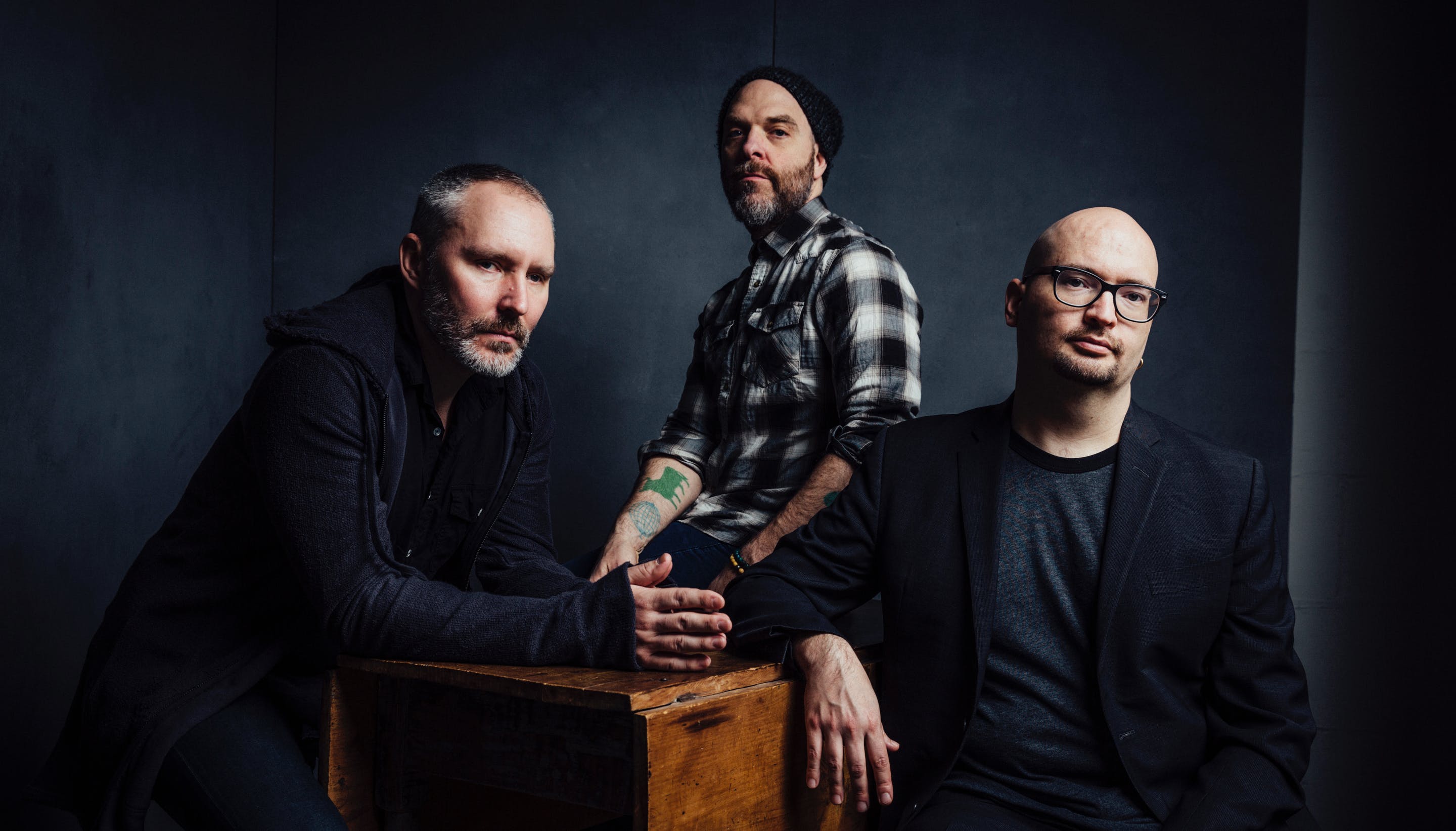 You couldn’t pick a better band to see for your first jazz show than The Bad Plus. I received a tip about the concert from a friend of mine before their two night stand at Scullers Jazz Club, and all I remember was the excitement in his voice. When a lifelong jazz pianist is visibly stunned just hearing about a jazz show, you pay attention.

A classic trio of drums, bass, and piano, The Bad Plus played a set of entirely original compositions the night of the release of their latest album, Activate Infinity. They also played without the presence of phone screens in front of my face. The band requested no flash photography, video, or audio of the show.

The Bad Plus primarily stuck to songs recorded with pianist Orrin Evans. Original pianist Ethan Iverson left the group prior to the band’s debut with Evans, Never Stop II. I listened to the sound of longtime fans audibly gasping alongside me throughout the performance. Evans played beautiful melodies while giving me glimpses of Thelonious Monk slapping the keys of his piano.

That’s not to underestimate the rest of the group. The set opened with drummer Dave King playing a jazz kit with his hands, working in solos that alternated between fluidity and barely contained chaos. Reid Anderson’s standing bass floated over the music in a way that made me pay more attention to a live bass than I ever have before, all while serving as bandleader.

“Undersea Reflection is a song for all the submarine enthusiasts out there,” said Anderson, prefacing each song. “The Red Door is a song about a day in the life of Orrin Evans.”

“Dovetail Nicely” was an encore that didn’t deserve a standing ovation, but needed it. Alternating between a fast-paced rhythm and bossa nova groove, the chemistry between Anderson, Evans and King could not be understated. Each member shown through. Evans played through shifts in time signature as King kept pace with flair. Anderson jammed as if he was playing lead guitar.

The band also encouraged the audience to meet with them after the show. “We’ll come out to say hello to any stragglers, presuming there are at least five stragglers,” quipped Anderson. “Any less than five is just embarrassing for us.” Among the autographs and photos, it was clear the band had a tight following. Fans shared anecdotes of previous shows from all over the country.

The Bad Plus fulfilled all my fantasies of listening to jazz in a dimly lit club on a Friday night. The band extended what were otherwise ten songs into almost an hour and a half of music, with the type of improvisation that is the reason why every fan of music or concert goer should see a good jazz show at least once. As drummer Dave King reminded me after the show, every album is a snapshot of the day it was recorded, and every show is live. I guess watching the Bad Plus is like listening to a new album as it takes place in front of your eyes.