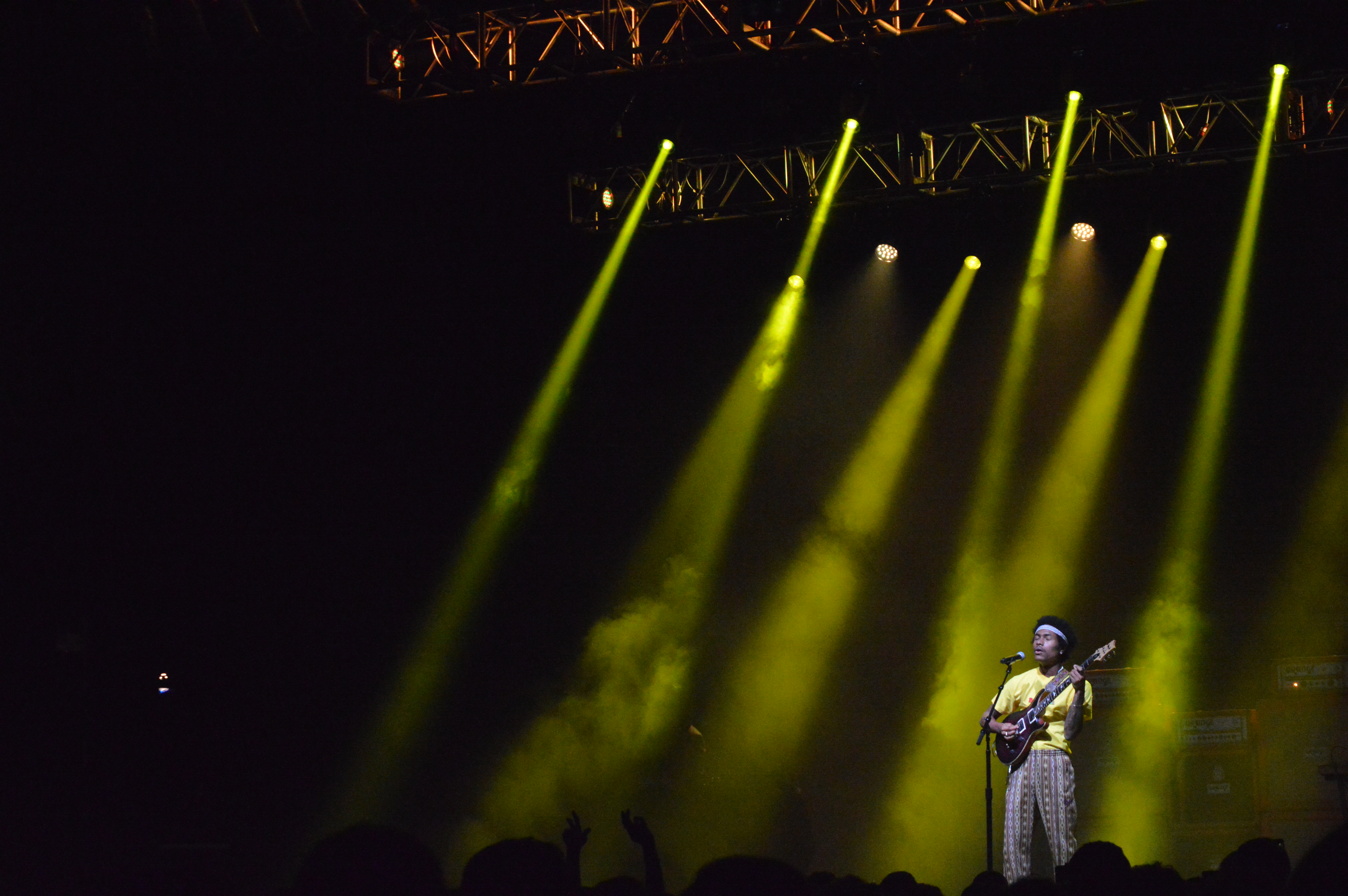 Steve Lacy turned the House of Blues into his own personal sound playground on Thursday, October 3.

Before Lacy took the stage, Violet Waters aka Kari Faux spun some R&B tracks mixed with rap and alt-indie beats that got the crowd warmed up. With her honey-golden curls billowing out beneath a leopard cap à la the man with a yellow hat from Curious George, Waters got the whole housing bumping and swaying.

After she finished her DJ set, a stack of Orange Rocker 32 amps accompanied by a synth remained on the stage. Ever the minimalist, Lacy casually glided out in front of the sparse set-up wearing a light-pink, linen suit. His synth player joined him wearing an oversized, cropped 80’s blazer topped with a furry cap that would put Davey Crockett’s raccoon skin hat to shame. The stylish pair looked like they could have walked off the set of a Wes Anderson project. The crowd greeted Steve with a roar and in return, he gave them a sweet smile full of gratitude.

Despite this being the first solo tour of the 21-year-old producer, singer, and bassist, Lacy seemed as poised and confident as a seasoned veteran. He opened with the laid back “Only If” followed by the introspective “Like Me” while sprinkling some bass solos and vocal riffs into the mix. Since Lacy’s discography is so limited, he decided to play his songs in the same order off his debut, full-length album, Apollo XXI. Lacy’s solo work has proved to be genre-blurring, but it could be described as bedroom pop infused with soulful instrumentals. The ebb and flow of his melodies translated perfectly on stage and added a new dimension to his musical sequences.

Cradling his sparkly pink bass close to his chest, Lacy looked lost in thought as his fingers danced across the strings. On tracks like “In Lust We Trust” and “Love 2 Fast,” Lacy released solid waves of sound with each chord he struck, reverberating pure blissful energy throughout the room. Lacy’s retro-inspired performance called to mind the psychedelic, innovative guitar work of an early Jimi Hendrix and the moving vocals of a “What’s Going On?”-era Marvin Gaye. Lacy seamlessly transitioned between playful falsetto moments and more pared-back indie crooning, all while his bass gently wailed in the background.

Midway through the show, Lacy promised to be right back as he promptly left the stage. The swoon-worthy violin number, “Amandla’s Interlude,” off Apollo XXI drifted through the air providing a moment of calm before the storm. Lacy returned to the stage with “N-Side” in a new get-up including a t-shirt from a local Boston haunt, Bodega, 70’s-inspired patterned pants, turquoise loafers, all accessorized with a striped sweatband and a delicate pearl necklace. Lacy is no stranger to the fashion world––he’s walked plenty of runways––and his mismatched, gender-bending style proved to be just as colorful as his on-stage personality.

After finishing up the Apollo portion of the show, Lacy returned to his roots, playing tracks off the self-titled demo that helped put him on the map back in 2015. Teasing the crowd with improvised chord progressions, the crowd went wild when he finally picked out the opening chords of “C U Girl.” He answered the fans’ calls to play “Dark Red,” but not before getting everyone’s hands waving in the air for “Ryd.” Lacy let his inner-child loose as he leaped and twirled about the stage with his bass in tow. If the first half of the show was all about the cool and calm exterior of a mature, well-adjusted musician, then part two was an ode to youth, expression, and experimentation.

At one point Lacy put down his bass to play around with the synth, creating noise patterns reminiscent of birds chirping and space-age rockets zooming through the sky. This 200l: A Space Odyssey soundscape felt somewhat sporadic compared to the thoughtful transitions between songs on his setlist, but it didn’t deter the momentum of his performance in the least bit. On the contrary, it was rather sweet to watch the musician fool around and create music on the spot. Lacy is a producer, first and foremost, so this moment felt like an inside look into his studio space. Lacy spends most of his time there anyways tinkering around on tracks for impressive artists like Kendrick Lamar, Vampire Weekend, Solange, and Blood Orange.

Lacy has contributed his talents to countless collaborations with outstanding musicians, but his own work has always been viewed as a side project. Now with Apollo XXI under his belt, Lacy has enough material to warrant a tour, but by the end of the show, he was asking the audience for requests. He performed a track from his very early Soundcloud days, as well as a stripped-down version of “Curse” by The Internet, a band of which he’s been a member since he was 18.

Steve Lacy’s understated performance made the House of Blues’s giant space feel more like an intimate venue. Lacy radiated pure light and energy throughout the show and made everyone feel like a part of the action whether they were pressed against the rail in the front or shaking and grooving in the back. While the artist has matured and evolved so much from his early, funk-infused demos, his performance retained a youthful sense of spirit. Stripped of stage lights and the voluminous orange, velvet curtain, anyone watching this performance could tell that what they were really seeing was a talented young man messing around with some beats and dancing like no one’s watching in his bedroom.

Steve Lacy swept the crowd to the moon and back with his playful, captivating sense of showmanship, and even when the concert was over everyone left the place still seeing stars. 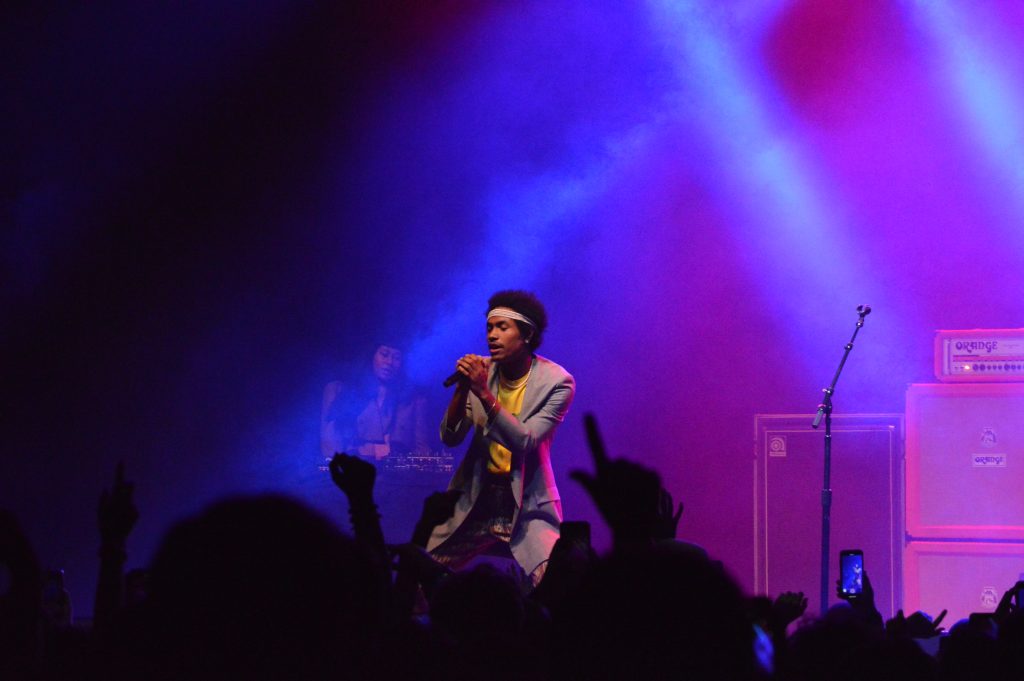 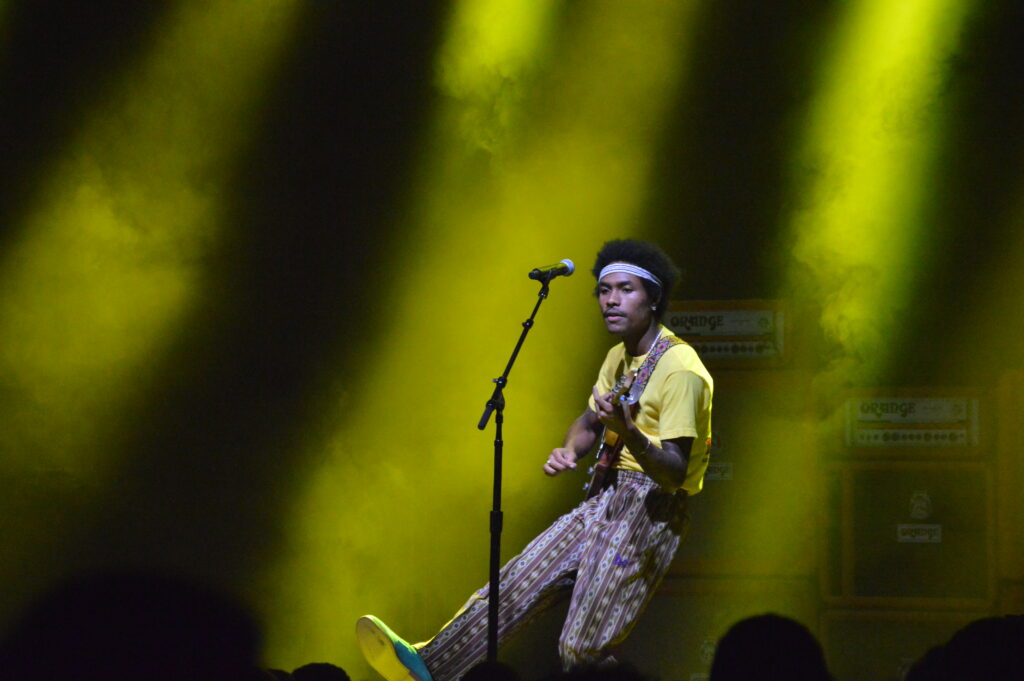 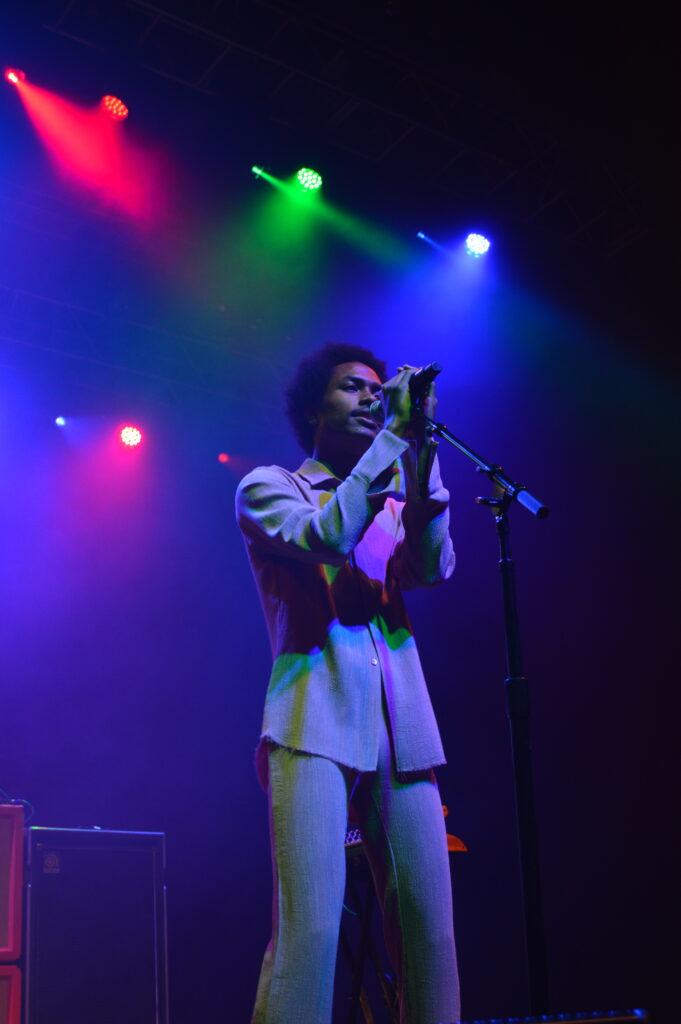 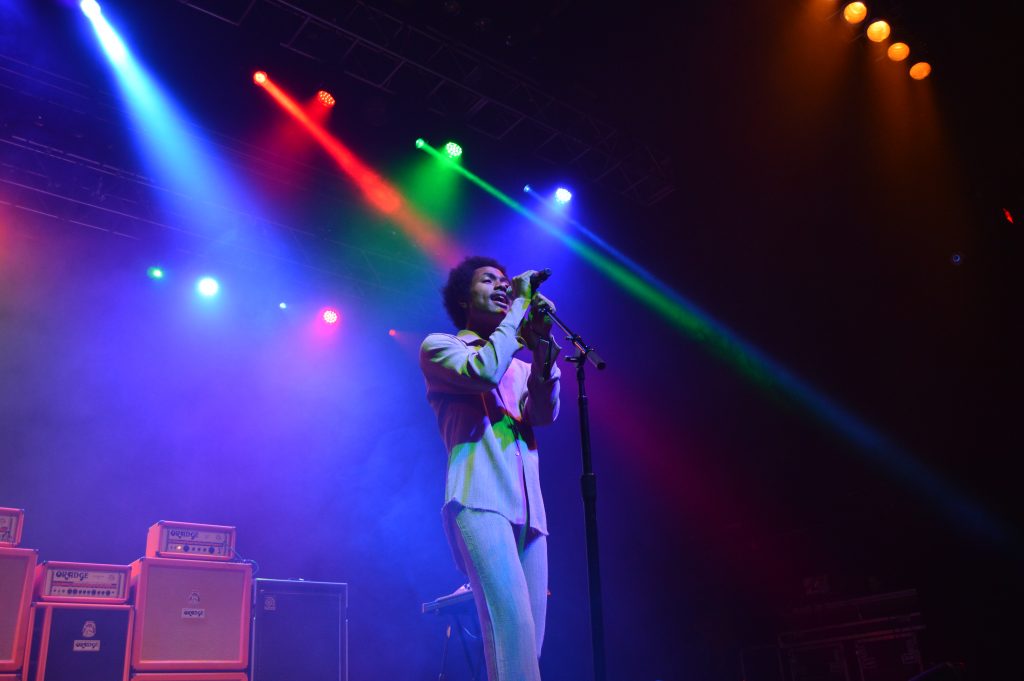 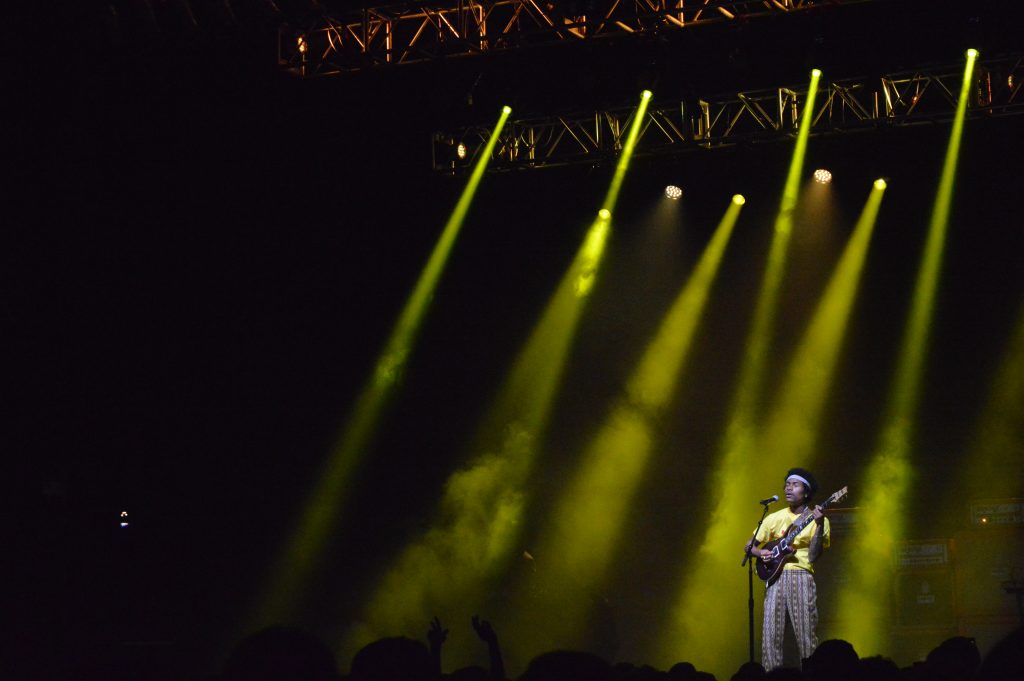 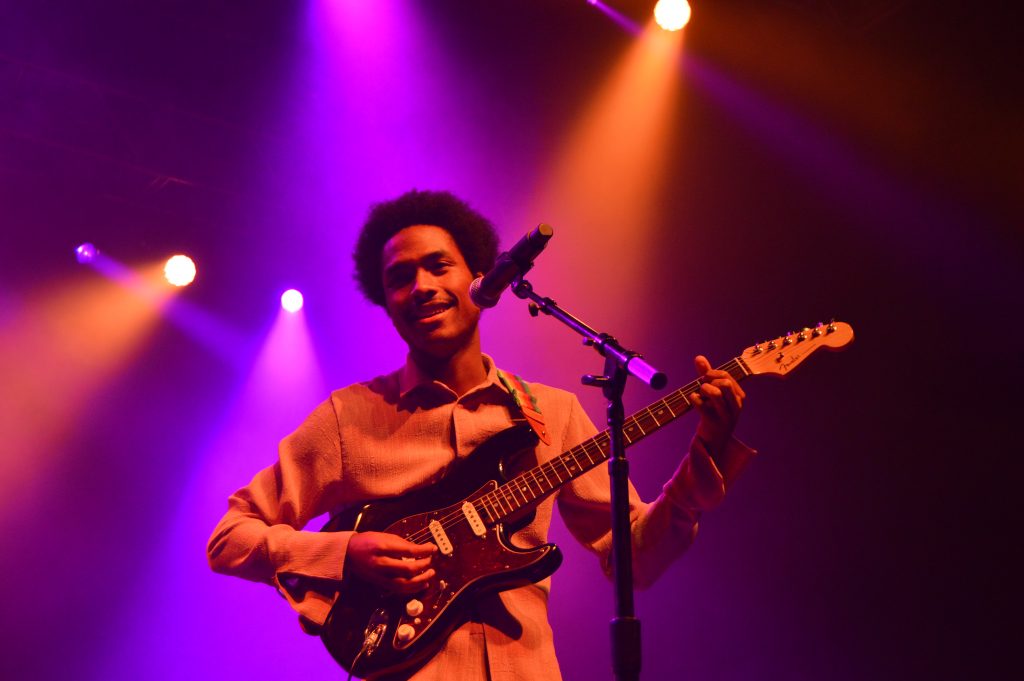 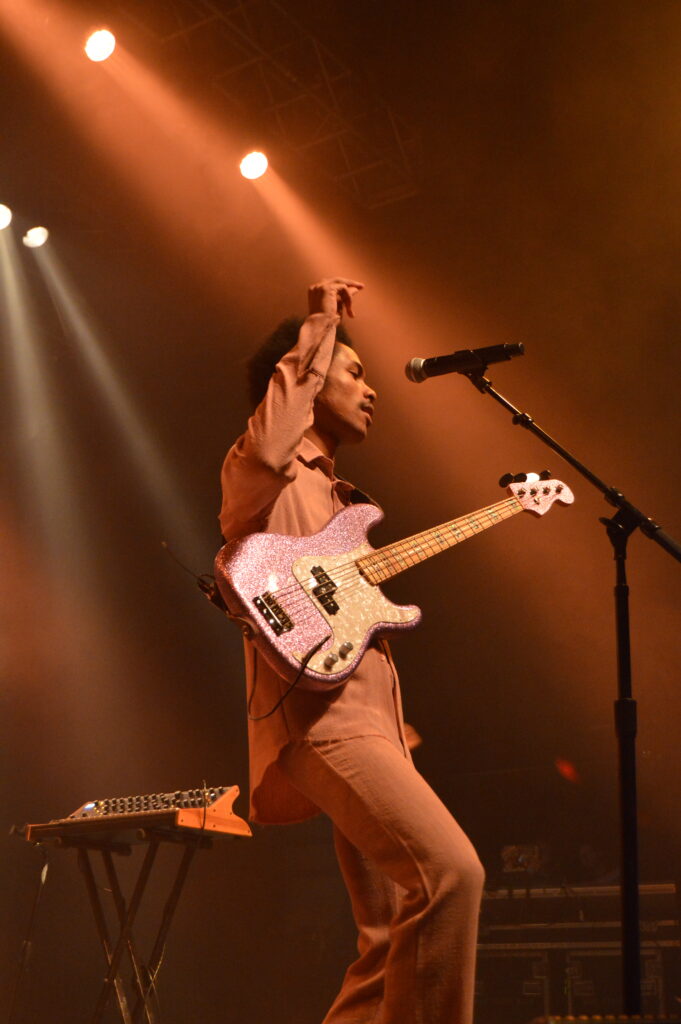 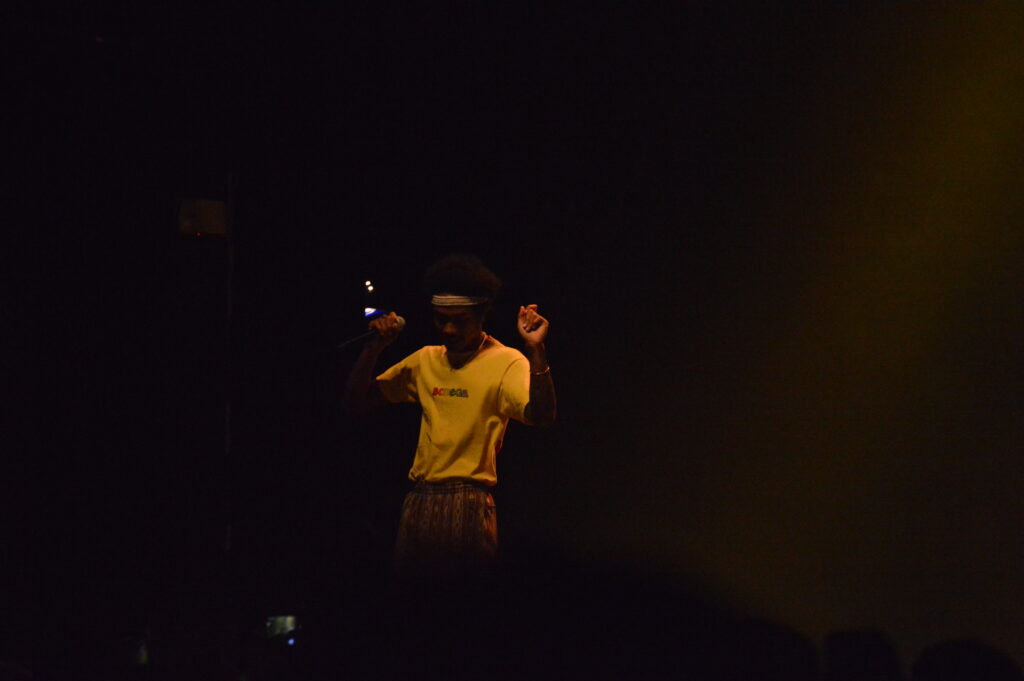 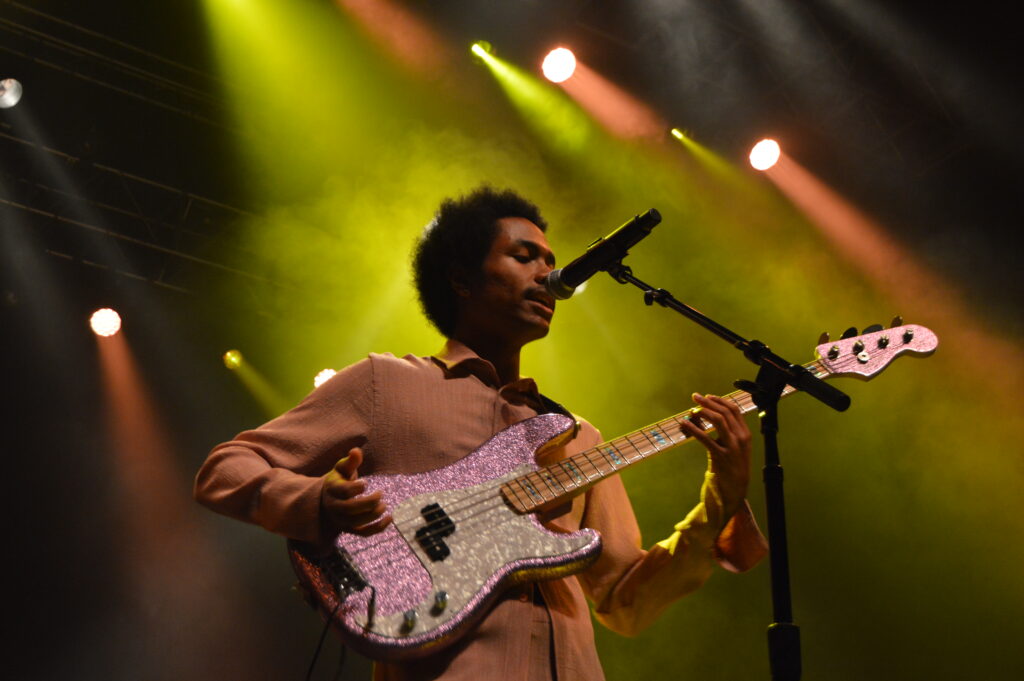 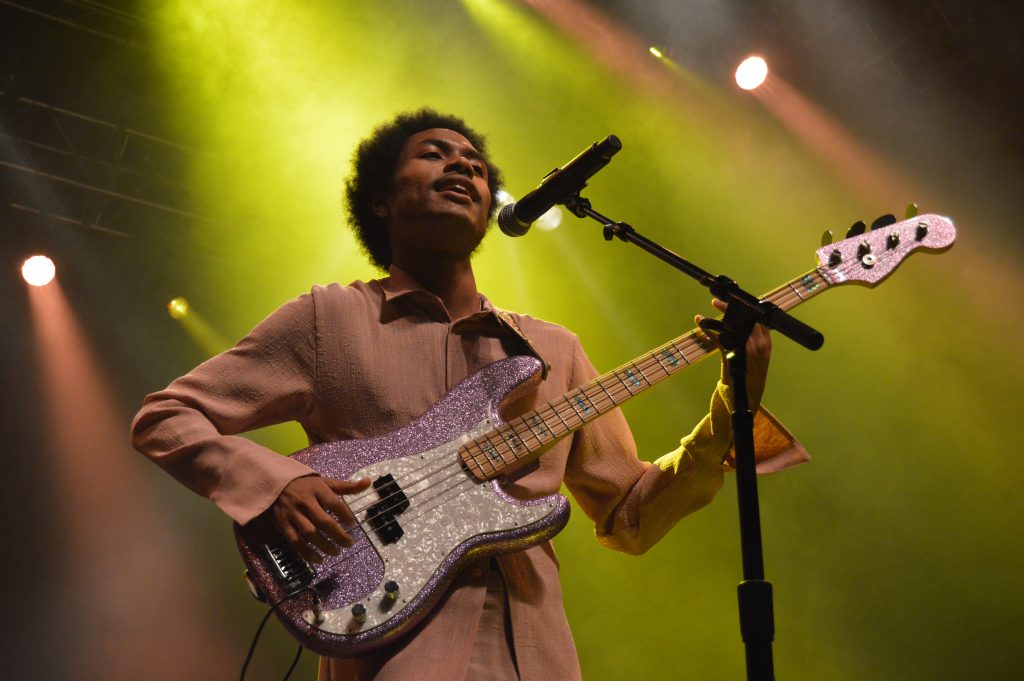