RESEARCH GUIDE- Lenin : The Man and the Revolution 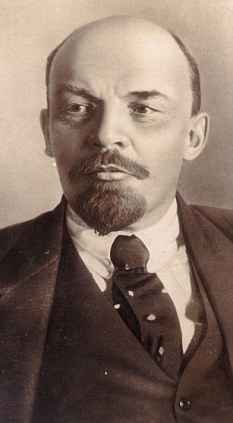 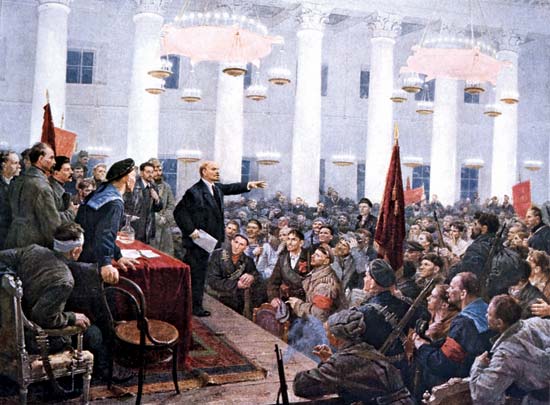 Summary of Topic and Idea:

In a broad sense this paper will focus on the substance behind the ideas and actions that led to the Bolshevik’s successfully taking power of the Soviet Union in the October 1917 revolution. In a more narrow sense, this paper seeks to analyze the role Lenin played in this seizure of power, and the impact that his individual ideas, decisions and actions had on their success. It is my hope that such analysis will lead me to prove that Lenin in fact was the revolution, and that he was single handedly responsible for making all of the crucial decisions which ultimately led to the Bolshevik’s success. Without him, I would argue, there would not have been a revolution at all, as he was the only authentic part of the Bolshevik’s revolutionary motives. Therefore, ultimately the question this paper will pose will be: “Without Lenin would the Bolshevik’s have successfully been able to seize power in the 1917 Revolution?” Therefore, in terms of time frame, this paper will focus solely on the Bolshevik’s seizure of power, and will not consider the subsequent period of consolidation.

Why is this topic important?:

This topic is not only unique but also crucial to our understanding of the events of 1917 and their subsequent long-term impact on the political, economic and social environments of the Soviet Union. This is because although many historians have examined the role of Lenin in relation to the Bolshevik’s and their success in 1917, to my knowledge no one has looked at this interaction from the opposite point of view by examining the Bolshevik’s in relation to Lenin. It is in my opinion, that Lenin in fact was the only revolutionary aspect of the Bolshevik’s and that the perception of them as a revolutionary party was largely self-constructed.

Within these two categories there are more specific themes and events that must be analyzed. To examine the weakness of the Bolshevik’s as a party we must look at:

Additionally, to examine the role of Lenin and the strength and impact of his ideas we must look at:

WORKING BIBLIOGRAPHY (Note: Sources with * next to them are Key Sources)

Primary Sources: Those that offer first hand accounts of the 1917 revolution and Lenin as an individual

*Can’t find in the library- Trying to see if there is a copy at the Boston Public Library. 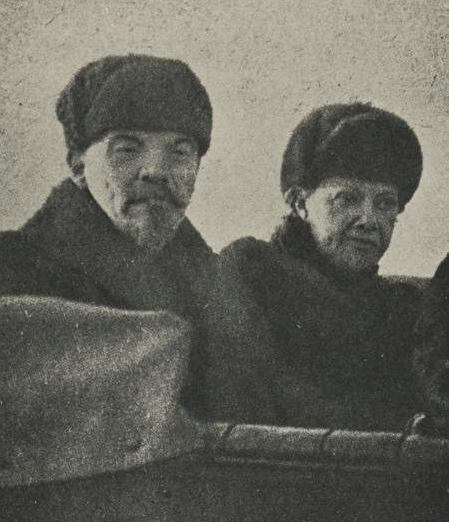 – This book gives the general opinion that, as a party, the Bolshevik’s were full of contradictions. He begins chapter five by highlighting one of these contradictions: “The Bolsheviks are industrialists in all their aims; they love everything in modern industry except the excessive rewards of the capitalists.” (Page 80, Chapter Five)

– Gives a description of what a communist is: ““A full-fledged Communist is not merely a man who believes that land and capital should be held in common, and their produce distributed as nearly equally as possible. He is a man who entertains a number of elaborate and dogmatic beliefs—such as philosophic materialism, for example—which may be true, but are not, to a scientific temper, capable of being known to be true with any certainty.” (Preface)

– Chapter Two: Recounts an actual conversation that he had with Lenin. He describes him as such: “He is dictatorial, calm, incapable of fear, extraordinarily devoid of self-seeking, an embodied theory.” (Page 37, Chapter Two)

– Chapter Five: Looks at this question of whether during the revolution and leading up to the revolution the Bolshevik’s really had the support of the masses.

– Chapter Seven: Recounts a speech given by Lenin in the Second Congress of the Third International in July 1920 in which Lenin discusses the revolution and his opinions about it.

– Chapter Four focuses on the weaknesses of the provisional government and how these weaknesses meant that basically any party willing enough could have taken power in 1917.

– Paints a complete picture of the days leading up to the revolution.

– Chapter One: Reveals that the timing of the revolution was determined solely by Lenin.

– Chapter Six: Gives an in depth description of the scene in the Congress Hall after the Socialist Revolutionaries say that they will remain in the Military Revolutionary Committee and Lenin’s response

– Chapter One begins with: “This study returns the focus to the revolution’s leader” (Chapter One, Page 7) and: “Besides emphasizing the extraordinary phenomenon of Lenin’s practical political achievements, my study focuses on the persuasive gloss which his writings place on every unexpected turn of events. So there are frequent references to the Collected Works and to the 1917 writings extracted by Slavoj Zizek in Revolution at the Gates (2002).” (Page 7, Chapter One)

– Chapter Two: Argues that the Bolshevik revolution did not follow the Marxist Revolutionary Model, and that the fact that Lenin put a personal spin on this static model is what allowed the Bolshevik’s to be successful.

– Chapter Three: Recounts Lenin leaving home to pursue being a full-time revolutionary: “Lenin had the knack of relating Marx’s theories to the realities of life in Russia, and his audience was expected to apply them” (Page 15, Chapter Two)

*Ordered from Amazon because I couldn’t find in the library- Should be here sometime this upcoming week.

– This source will be used as evidence that the Bolshevik’s were a weak party and that their revolution was more of a Coup D’etat than an actual authentic revolution.

– Corney tells us that the glorification of the Bolshevik’s as a party was purely self-constructed and it was all a myth. While making this argument however, Corney simultaneously argues that Lenin as a revolutionary was authentic. He exemplifies the large impact that Lenin had on the Bolshevik’s by comparing the Bolshevik party pre and post Lenin. 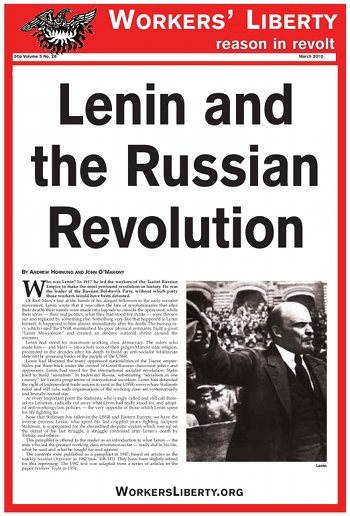 – “This pamphlet is offered to the reader as an introduction to what Lenin- the man who led the greatest working class revolution so far- really did in his life, what he said and what he fought for and against”

– Details his ideas about violence and the use of it for revolution.

– Discusses the impact of Lenin’s What is to be Done

– Personal descriptions of Lenin: “Lenin, who had the marvelous capacity to combine concrete analysis and realism in every situation with rigid adherence to principle had seen the possibilities of proletarian victory.”

– Book focuses on assessing: “…the development of power structures by individuals and the use of these structures for certain specific objectives.” (Page 3, Chapter One): He is therefore arguing that an individual with large amounts of power and influence has the ability to change the whole course of history through the construction of certain social structures and institutions.

– Chapter Two: Examines Lenin’s time in exile and crucial decisions and plans he made for the Bolshevik future during this time. 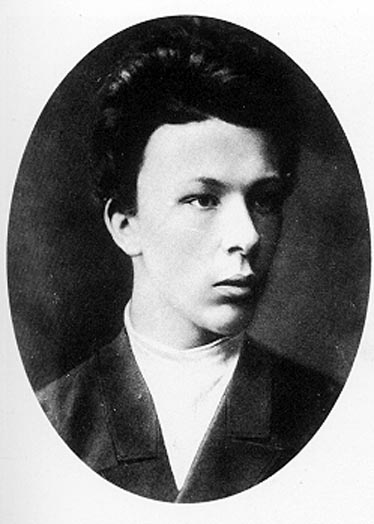 – Focuses solely on Lenin’s upbringing and the revolutionary actions and ideas of his brother Alexander.

– Argues that from a young age Alexander would teach Lenin revolutionary texts, and basically shaped him to grow up to be a revolutionary.

– This book is going to be used to show a literal beginning of revolution. Perhaps the minute that Alexander began planting revolutionary thoughts into young Lenin’s brain can be pinpointed as the precise moment the roots of Bolshevik revolution began to form?

– Overall the point of this trilogy of books is: “The October Revolution is still only decades old. Lenin was it’s major figure. These three volumes describe and analyse his political life” (Preface, viii)

– These books focus on Lenin as a man but does not consider his personal life. Instead, they focus on examining in depth his political life as a political figure.

– Chapter One: Focuses on his upbringing and family life. Pinpoints the beginning of his revolutionary interests: “He told nobody the date of his conversion to revolutionary ideals; but his brother’s execution was almost certainly the spur. It did not take much to turn sensitive young people into political fighters against the Russian autocracy.” (Page 25, Chapter One)

– Chapter Three: Starts to examine Lenin and how he discussed his ideas in group settings: “Vladimir Ulyanov at the age of twenty five was recognized by his comrades as a ‘person of great caliber’. And he knew his own worth. But he was not vain; and others noted that this gave him the self-assurance to listen to fellow activists rather than merely impose his opinions upon them. He was mature beyond his years.” (Page 55, Chapter Three)

– Chapter Four: Discusses the creation of the Bolshevik party and the central role Lenin and Krupskaya played in this formation: “Ulyanov and Krupsakaya had been among those St.Petersburg Marxists who believed that the time had arrived to found a political party.” (Page 71, Chapter Four)

– Chapter Five and Six: Go on to discuss Lenin’s growth in the Bolshevik party and crucial decisions he made on their journey towards revolution. What is so unique and interesting about Service’s novels is that he gives in depth accounts of how Lenin reacted to certain situations and decisions.

– Loaned out at the library, should be returned by next week.