This page is for students to post materials for class or research they may come across, ask questions of one another, and generally use as an open forum. 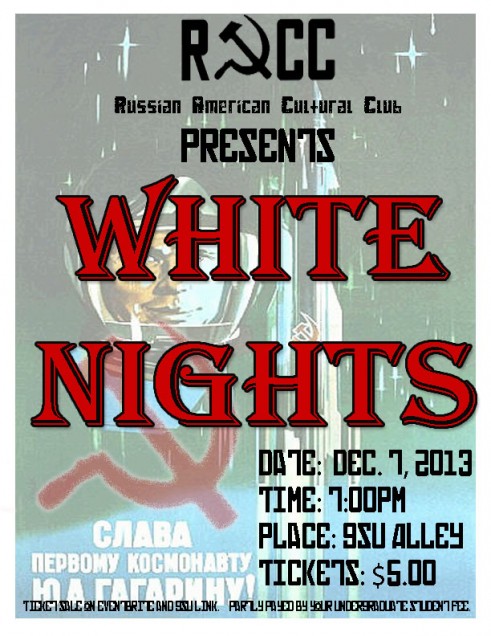 Once again, the Russian American Cultural Club celebrates its semi-formal annual event, "White Nights." Why is this post (sort of) relevant? Well, this year our theme will be the Space Race. There will be Russian food, Russian dance music, refreshments, trivia, and much more!! The event will take place at the GSU Alley. Event costs $5.00. Tickets will be sold through Eventbrite. Follow the following link for tickets: https://whitenightsasdf.eventbrite.com/

Ok, so this isn't directly related to our class, but it's an event well worth attending.

Co-Sponsored by The Center for the Study of Europe. Synopsis from Zeitgeist Films: In the award-winning HANNAH ARENDT, the sublime Barbara Sukowa reteams with director Margarethe von Trotta (Vision, Rosa Luxemburg) for a brilliant new biopic of the influential German-Jewish philosopher and political theorist. Arendt’s reporting on the 1961 trial of ex-Nazi Adolf Eichmann in The New Yorker—controversial both for her portrayal of Eichmann and the Jewish councils—introduced her now-famous concept of the “Banality of Evil.” Kosher pizza will be provided and we will host a discussion after the film with BU Professors Pnina Lahav (LAW), Deeana Klepper (CAS Religion/History), and Abigail Gillman (Modern Languages and Comparative Literature).

My Perestroika screening and director talk

This is a fantastic film. Go and see it (for free) on Monday if you can.

BU Center for the Study of Europe (CES) Russia events

I believe this is the film series someone brought up last week in class? Regardless, for those interested: 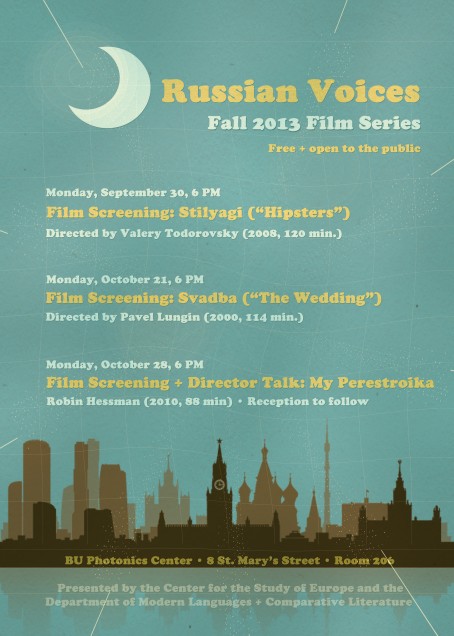 Short Video on the Russian Revolution

I've spent the last couple of days researching and brainstorming different topics that I could look in depth at for our research papers! Through my research I stumbled upon this youtube video that caught my attention! It has some really cool images from the actual revolutions, and paints a complete picture of the situation in Russia leading up to revolution and during the different revolutions.

Last class questions came up about how Russians define themselves today - and the associated confusion - and I mentioned my recent article on this topic. Here it is!: http://themarginaliareview.com/archives/2977