The Russian Civil War was the clash between the Bolsheviks and their opposition following the October Revolution. The Bolsheviks fought to secure and solidify their newly established rule against their enemies and oppositions. Those facing the Bolsheviks were made up of a loose confederation of political opponents that were anti-communism. The war  was fought between the Red Guard of the Communists and the White Guard of the opposition, leading to the war to be called  a fight between the Reds and Whites. The White movement and its anti-communist ideals were more in line with the ideals to the west. Because of this their movement was strengthened by the support of western nations such as the United States, Britain, France, and Czechoslovakia. Despite the support of more established and advanced nations the Red Guard was able to defeat the whites in 1922 and hold onto the power it seized in 1917.

The anti-bolsheviks were defeated and the communists had solidified themselves as the rulers over Russia. Despite the massive amount of armies  fighting against the Reds they achieved their primary goals in the war. It is interesting to see how many forces fought on the side of the whites during the war, including the allied forces; especially since the Reds had almost no allies. How much effect did the allies have on the war though? Were the better trained and better equipped forces of the allies able to cause significant influence within the war or were they a meager footnote within a war the was decided by Russian peoples. Also, did the allied presence in the Civil War influence opinions? Were people drawn to the whites due to international support or were they driven towards the Communists by the Allied presence?

In order to understand Allied intervention in the war and its possible significance, one must also have an understanding of the war itself. The theatres, military operations, troop numbers, casualties, and logistics are all important things necessary to understand the course of the war. The war was a nasty one that resulted in the deaths of millions either throw fighting, famine, disease, or terror from both sides.

This book provides an excellent understanding of the Russian Civil War in its entirety. Mawdsley tracks the war year by year and theatre by theatre. He provides insight into nearly all aspects of the war, but is primarily militarily focused. The book attempts to answer general questions about the war. These questions include what gave on army the advantage over the other in battle, what factors contributed to the Reds’ victory, and how did the whites fair prior to Allied intervention, etc. This comprehensive overview of the Russian Civil War gives the reader a knowledgeable understanding of the events and significance the war. Mawdsley also follows the incursion of foreign troops into the war and provides his own analysis regarding the effect of them.

Soviet Casualties and Combat Losses in the Twentieth Century: by G. F. Krivosheev

Krivosheev published his book in 1997 and with came what some have called the most accurate casualty reports from Soviet Russia. The records of the Soviet Union had provided the world with skewed and inaccurate information for many years. Krivosheev’s work provides accurate numbers as to the effects of war within the Soviet Union. For the Russian Civil War, Krivosheev is able to track and provide numbers that will provide proper analysis due to their accuracy. 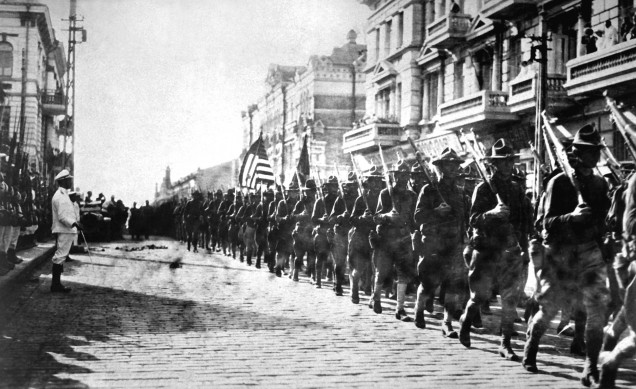 The big three western nations that became known for their strong alliance during WWI. These nations all participated in the Russian Civil War for essentially the same reasons. The primary being their outrage at the Russians removing themselves from WWI. Along with this came the fear of an actual Russo-German Alliance. Contributing also was the belief the new government would not assume responsibility Imperial Russia’s many debts. And finally a clash of ideologies between capitalism and communism. These nations were primarily involved in the northern campaigns.

Willett’s book is an attempt to document the course of events during the United States foray into the Russian Civil War. He documents the arguments that Britain and France used in order to convince President Woodrow Wilson to send a force to aid their allies in securing weapons given to the Russians to fight the Germans, but that were feared were going to fall into it’s hands. Willett distinguishes between fact and opinion in this work in order to give a true and accurate representation of what occurred. Having an accurate story of the American expedition allows for proper analysis on the effects American, along with French and British, forces could have had on the overall war.

Propaganda and the first Cold war in North Russia, 1918-1919: by Antony Lockley

In this work Lockley primarily focuses on the war of propaganda that the British fought with the Russians in the northern campaign. Antony provides some details into the military events and efforts of the Northern Campaign but primarily focuses on the battle waged over the allied soldiers minds. Pamphlets and leaflets were used to shape the British soldiers’ psych into a hatred for their enemy. The Bolsheviks fought back with their own pamphlets. Lockley’s work provides insight into a battle that is not known by most.

Unterbetger covers World War I and its immediate aftermath, concentrating on America’s role in the Russian Civil War and early relations between the United States and the newly formed Soviet Union. The book covers topics including the Allies attempting to reopen the Eastern Front, the Czechoslovak Legion issue, and the United States’ policy towards Russia at the Paris Peace Accords. Unterbergers’ book is actually a collection of approximately 10,000 documents from all over the world. Unterbergers’ collection provides a good source for thousands of primary documents pertaining to the Allies and their involvment in the Russian Civil War. 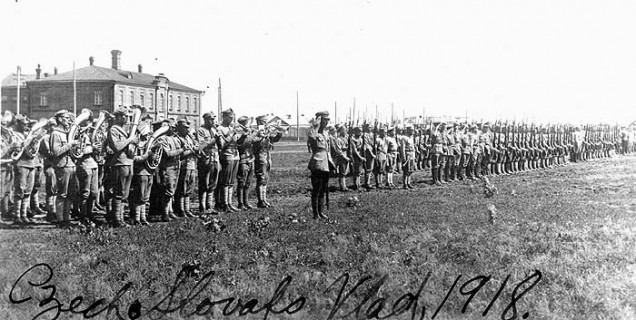 The Czechoslovak Legion was a volunteer force that fought in WWI in the hopes of convincing the allies to give independence to Bohemia and Moravia from the Austrian Empire and of Slovak territories of the Kingdom of Hungary. The Czechoslovakians had been fighting on the eastern front during the war with the primary goal of defeating the Austro-Hungarian Empire. After the armistice the Legion had no front to fight on, but was promised transfer to France so that they may fight there. After a slow movement process and pressure from Germany Russia reneged on their promise and attempted to arrest the Legion. Following this the Legion fought the Bolsheviks up and down the Trans-Siberian Railroad. The Legion was the largest foreign army in Russia during the Civil War.

The March of Seventy Thousand by Henry Baerlein

Baerlein’s work is dated having come out in 1926. However, it provides good coverage of the overall events and experiences of the Legion in warring Russia. Baerlein tracks what became know as the Revolt of the Legion and their skirmishes and battles with Bolsheviks. It tracks their progress as they sought to regroup their forces and make their way to Vladivostok and eventually to the western front. This large force was able to capture considerable supplies during their fighting and worked with the Allies with the hopes of linking up to their Northern Expedition. 67,000 Legion were able to make a deal with the Bolsheviks and secure passage to France. Many others stayed and fought with the whites. Baerlein’s track and tells a marvelous story of the largest Allied force in the Russian Civil and through them we are given a look into the brutality of war in Russia. 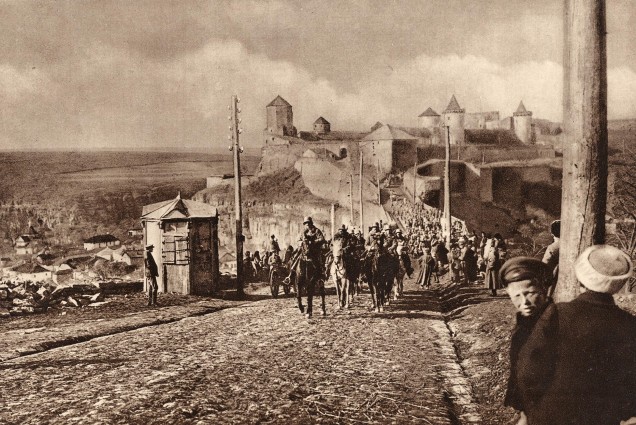 Germany was a country that undoubtedly had a great influence on the course of the Russian Civil War. The Treaty of Brest-Litovsk gave a major rise to opposition against the Communist government and caused further political polarization within the Reds and Whites. Prior to the treaty, on February 18th, 1918 the Germans launched a massive invasion into Russia, known as Operation Faustschlag. During this invasion there was almost no resistance from the Russian’s and Germany was able to capture large swaths of land from Russia. The Russians capitulated after this, but Germany continued operations in Finland, assisting the White Finns against the Red Finns. Germany also sent an expedition into the Caucasus.

The Origins of the Russian Civil War by Geoffrey Swain

Swain tracks the causes that led to the break out of the Russian Civil War. However, Swain is able to put the events into a sharp focus. He tracks the disputes between the Bolsheviks and their opposition. One of his more important themes is tracking the downfall of the ‘patriotic socialists’. Their downfall can be connected to the German operations during their invasion. Swain emphasizes the strong anti-German emotions felt by many Russians following the invasion and is able to connect them to the bolstering of the white army.