It’s almost the punchline to an unfunny joke but most Americans have absolutely no idea of how much — actually, how little — the country spends on foreign aid. A 2013 Kaiser Family Foundation survey on the U.S. role in global health found that, when asked to guess how much the country spent on foreign aid, the average answer was 28 percent. The correct answer is just under 1 percent.

When Americans hear or read about foreign aid, it’s often shrouded in the misleading context of what the U.S. and other prosperous countries spend on “general foreign assistance.” That’s a hazy, nebulous catch-all term that lumps all aid into one big basket, a basket that also includes military and strategic programs that link U.S. donations with U.S. national security goals. 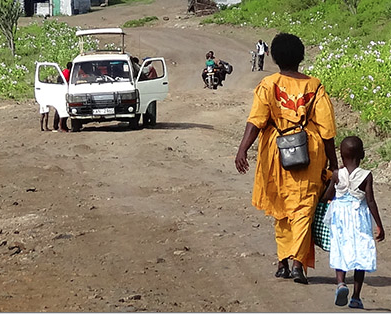 But in 2012 the U.S. spent only about $30.5 billion in direct development funding, which Oxfam America defines as aid that is “specifically directed toward improving livelihoods and promoting economic growth; providing much-needed services, such as health care and schooling; and creating lasting solutions to poverty.” Private entities spent about the same amount, with contributions coming from an array of non-governmental organizations (NGOs), foundations, corporations, faith-based groups, and universities and colleges.

A substantial part of foreign aid is dedicated to direct health initiatives designed to have an immediate benefit on people or populations. In some cases, actions to spur better heath today actually perform double duty by encouraging changes that could improve future health for generations. These efforts sit at the critical intersection of personal interaction and policy implementation, the very place where foreign aid can have its greatest positive effect. It is there at street level — in the busy village clinic, or in the shaded waiting room of a rural hospital — where the personal stories of foreign aid are told.

Among the goals of PamojaTogether is to chronicle how direct, first-person observations of foreign aid in action can offer benefits that extend beyond the country that receives the aid. Reporters and videographers explored an array of initiatives that include outreach to at-risk populations such as HIV-positive men, mothers and sex workers; malaria-prevention campaigns targeting mothers and infants; and extending treatment opportunities to children with a potentially fatal, yet curable form of cancer.