Jennifer Beard, PhD, MA, MPH, is an Assistant Professor in the Center for Global Health & Development and the Department of Global Health at the Boston University School of Public Health where she directs the writing program and teaches courses in professional and scientific writing and qualitative research. Her research interests include the health and well-being of orphans and vulnerable children (OVC), and highly vulnerable adults such as sex workers, drug users, and other key populations at risk for HIV.

Her other work includes human resource capacity strengthening and program evaluation. She has co-authored academic articles in peer reviewed journals, on a wide variety of topics including the health and wellbeing of OVC , the impact of OVC programming, the vulnerabilities faced by children of sex workers and drug users, and more. Dr. Beard is the principal investigator for a multi-study operations research project looking at the HIV prevention and other needs of key populations in Ghana. She has also worked in India, Kenya, South Africa, Tanzania, Ukraine, and Zambia. Though her research is now focused on global health, she remains a devoted reader of Victorian novels and is convinced that her current research interests have their roots in her passion for Charles Dickens and the Brontë sisters.

Professor Donohue is an award-winning public radio producer and editor. She was the special projects editor at Monitor for five years, and has also been a contributor to NPR, the BBC, WGBH, WBUR and other public radio programs, winning the prestigious duPont-Columbia Award for The DNA Files on NPR. She has a special interest in international news, politics and health and has reported from China, Egypt, Japan, Indonesia and throughout the United States. She has won numerous journalism awards for productions on women and AIDS, population and women’s reproductive health, and treatment of women and girls in the developing world. Prior to her work in public radio, Donohue was a writer and producer in commercial television news at ABC News in Washington and the CBS affiliate in Boston.

In 2008, Donohue was a Fulbright Scholar in Beijing, teaching journalism at Renmin (People’s) University. Donohue remained in Beijing and filed radio reports for several public radio outlets during the run up to the Olympics as well as NBC News during the Olympics. She is the author of a chapter in From Home to Homeland, published in 2010.

Dr. Onyango served in the Kenya Ministry of Health for ten years as a nursing officer in management positions at two hospitals and as a lecturer at Nairobi’s Medical Training College, School of Nursing. From 1992 to 1998, Dr. Onyango worked as a health team leader with international nongovernmental organizations in relief and development in South Sudan, Angola, and in a refugee camp in Kenya. In South Sudan and Angola, she facilitated the design and implementation of community-based health services where there had been no services for several years.

At Kakuma refugee camp in northwestern Kenya, she helped design the maternal and child health programs for over 20,000 refugees. In 2008 and 2009, Dr. Onyango participated in providing training for South Sudanese health workers on emergency obstetrics and neonatal care. Dr. Onyango’s current research interests focus on reproductive health, maternal and child health, HIV/AIDS, health care among populations affected by disasters, and the role of nurse midwives in improving maternal and child health. She holds a PhD in Nursing from Boston College, a Master of Science (nursing) degree from Boston College, a Master in Public Health degree from Boston University School of Public Health, a Diploma in Advanced Nursing from Nairobi University, and a Diploma in general nursing and midwifery from Kenya Medical Training College, Nairobi. 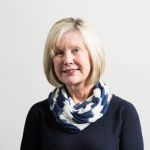 As a correspondent for the Los Angeles Times, Elizabeth Mehren wrote news, feature and magazine stories about events ranging from presidential politics to the Roman Catholic Church sexual abuse scandal to the Olympic Games and the Academy Awards.

Mehren worked for the paper in California, covering state and regional news. As a member of the paper’s Washington bureau, she wrote about politics and the White House. In New York, she pioneered the paper’s publishing beat and also produced feature and hard-news stories.