The study of households in the Tlajinga district began in the 1970s, when a team of researchers from Penn State excavated much of a compound designated 33:S3W1 in the Teotihuacan map and known in the literature as Tlajinga 33 (see bibliography for publications from this project). This compound was occupied by families of potters, who specialized in the production of a utilitarian ware called San Martin Orange. Other than a few salvage operations, no other excavations had been undertaken in the district until the PATT.

We have now excavated parts of two other compounds: 17:S3E1 and 18:S3E1. Compound 17 was occupied by individuals who specialized in the production of obsidian blades, the most common cutting tool for Teotihuacan and Classic period Mesoamerica. Compound 18 appears to have been occupied by masons and lapidary specialists. House construction is variable within both compounds. Walls were primarily made from stone, but some were nicely cut blocks while others were made of small stones and rubble. In a few cases walls were made from adobe. A gravel concrete typical at Teotihuacan was frequently used for floors and to dress walls, yet lime plaster is uncommon and was likely reserved for higher-status residences and civic-ceremonial structures. These craft activities and construction techniques help us to place the occupants of the compounds within the mid to lower-status of the city’s socioeconomic spectrum.

Although they were of lower status and living at a distance from the urban epicenter, Tlajinga’s inhabitants were closely integrated into the urban fabric of Teotihuacan. Apartment compounds were oriented to the orthogonal plan of the city and were relatively nicely made. Compounds 17 and 18 featured drains emptying to the Street of the Dead and central courtyards for domestic ritual and other gatherings. The occupants also enjoyed a degree of access to long-distance trade goods—such as greenstone, shell, and mica—and limited quantities of fancy, decorated pottery. Nevertheless, Rebecca Storey documented high rates of infant mortality at Tlajinga 33, similar to those estimated for imperial Rome. Her bioarchaeological study underscores increased disease tolls as one of the detractions of ancient urbanization. 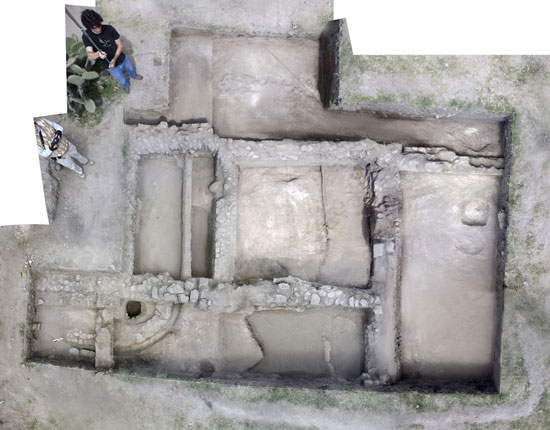