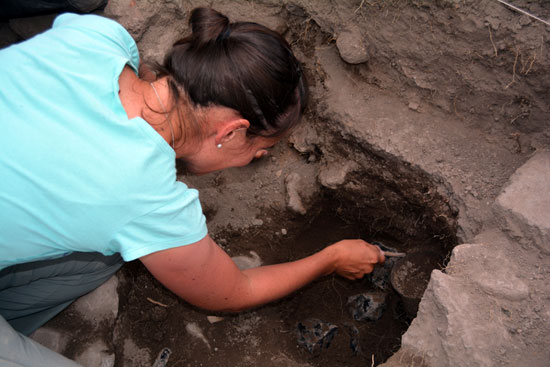 The main impetus for migration to Teotihuacan, which appears to have been ongoing during its centuries of occupation, was a robust economic system with links to the diverse resource zones of Mesoamerica. Compound 17 has abundant evidence of having housed specialists in the production of prismatic blades made from obsidian, which would have been a tradable commodity within the city and farther afield. From 77 cubic meters of excavations in 2013 we recovered over 415 kilograms of obsidian, including the cores from which blades were struck and the entire sequence of associated byproducts. These remains are being analyzed by Ken Hirth and students from Penn State. Highly variable skill level is apparent, indicative of apprenticeship in this trade and its multigenerational undertaking within the compound. Involvement in this utilitarian craft industry provided the occupants of Compound 17 access to other commodities acquired through market exchange and trade networks.

In addition to obsidian, laboratory analyses of pottery, food remains, human remains, personal adornment, and other materials are ongoing and will provide new insights regarding daily life and household economies at Tlajinga. We are particularly interested in evaluating how domestic economies articulated with civic institutions and with regional and macro-regional economies, and how residents of the district varied in their socioeconomic status and access to resources. We aim to better understand the relative values of different economic activities and how families both provided for themselves and networked with others for resources they did not produce. 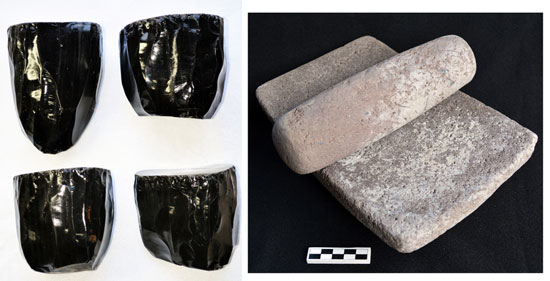