A recent study found that musical aptitude seems to have a relationship with reading ability. This study directly relates literacy with inherent musical aptitude that the researchers are able to measure, which is something that you’re born with and that does not magically appear by listening to classical music on repeat. While they do examine the inherent musical aptitude, the study suggests that we might be able to prescribe some sort of musical curriculum that could potentially improve literacy in children. So, yes, all those weird to-be-moms holding heavy duty headphones up to their baby bumps blasting Mozart may be on to something. 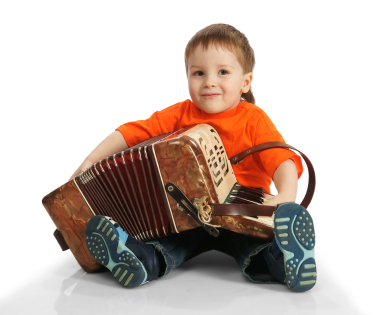 How did the researchers end up at this finding? Well, when presented with rhythmic sounds or a melody, children with poor reading skills had less brain activity compared to those with higher reading ability. In the study, it appears that both rhythm and tone have a correlation with reading. The results show that there are “common neural and cognitive mechanisms for reading and music abilities that may operate, at least in part, via corticofugal shaping of sensory function.” They were even able to conclude that musical aptitude is estimated to predict about forty percent of the difference in reading ability between children.

Impressive, no? If researchers, educators and parents take this information to heart, we may have some super species of musical and well-versed children on our hands. But in all seriousness, this study does conclude that if we can pinpoint the parts of the brain that connect music and reading skills, we could definitively show the strong relationship between musical aptitude and reading ability.

If the relationship is concrete, maybe more arts and music education would be worked into public and private schools to improve literacy in children. And what a fine world that would be.