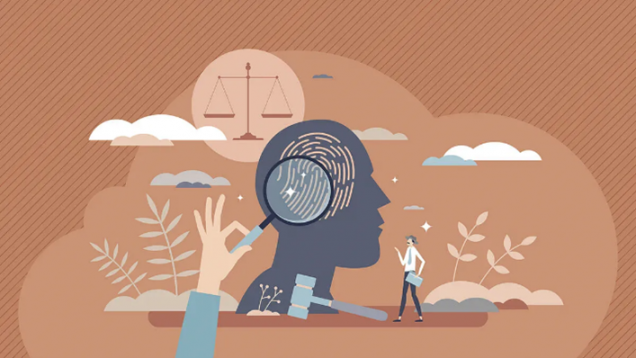 Does this justify their behavior in any way and make it easier for anyone affected? Absolutely not.

A psychopath and multiple murderer undoubtedly leave a trail of trauma behind for their victims and their loved ones/community, and no less attention or validation should be given to the victims. But a challenging point of view is to also consider how the offender was the victim before they committed a criminal act. The offender acts because of the trauma they have experienced, and then through their actions creating a different type of trauma for someone else.

The issues the offender faces are not justifications or defenses for their acts, but instead explanations for their behavior. It is important to identify the causes for a behavior to understand how to prevent it from reoccurring and to provide effective interventions. The intersection of trauma, the criminal justice system, and psychopathy are heavily intertwined when psychopaths and/or multiple murderers commit criminal acts that call for punishment and rehabilitation or ongoing treatment.

We will focus on a few case studies, albeit extreme ones, but prime examples of what a multiple murderer’s and/or psychopath’s background generally can look like and how the magnitude of someone’s life experience can influence their behavior. The main case study, the life story of Jeffrey Dahmer, mirrors other similar notable murderers, such as Charles Manson and Aileen Wuornos. One thing they all had in common was their experience of chronic childhood neglect and/or abuse. How can we expect someone to know how to care for themselves or others appropriately if they were cared for improperly their whole life, or just never cared for at all? 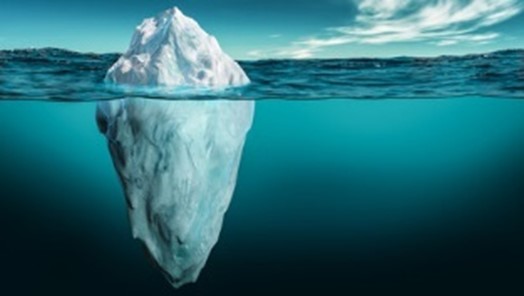 When they were not fighting, Dahmer’s father was preoccupied with his chemistry studies, while his mother was consumed by her hypochondria and depression, which entailed suicide attempts, hospitalizations, and symptoms in the home, such as not touching Dahmer at all. His parents were focused on anything other than Dahmer it seems, especially after his younger brother was born, when even more attention was displaced from him. This trend followed him throughout his lifetime when his parents finalized their divorce and his family moved out of the house, leaving him behind (Janos, 2021) and also when his parents took no action after he was sexually abused by a neighborhood boy (Higgs, 2021, pp. 10-11). In the midst of all these factors building up, Dahmer is also learning how to experiment with dead animals from his chemist father (Editors, 2021) while constantly trying to navigate his overwhelming sexual feelings. This translates later in life when he felt sexual stimulation in opening up his victims and experimenting on them. He would kill his victims not out of rage, but so they were not able to abandon him (Strubel, 2007) (Dickinson, 1992); he was able to accomplish this with the skills he learned from his father and what he witnessed through his parents’ behaviors (Bartol & Bartol, 2021, pp. 45, 49, 58, 83, 145, & 147). The neglect from his parents compounded by his lack of friends influenced by his poor social skills, his learned interests, and his family’s frequent moving did him no favors developmentally and heavily contributed to his behavior and crimes.

In all fairness, there is no known cure or treatment for multiple murderers and/or psychopathy and there is very little research into physiological and genetic causes for them. This leaves us to only consider developmental and learning/situational factors, while guessing how any biological factors have impacted these offenders. In analyzing one case biologically to give some perspective, Dahmer had a hernia surgery at four years old where his affect changed for the worse afterward (Editors, 2021) and his mother had a reportedly difficult pregnancy with him (Casey, et al.). He was exposed to heavy amounts of psychiatric and hormonal medication in the womb as well (Dickinson, 1992) which could influence antisocial behavior and behavioral issues along with socioemotional problems, diminished cognitive development, and emotional dysregulation (Bartol & Bartol, 2021, p. 48) .We are unsure how these biological factors influenced him specifically, but the point is that they could have in some capacity. From self-reporting, Dahmer disclosed that he had an uncontrollable libido (Janos 2021) (Higgs, 2021, p. 14), which is biological, but since he did not receive treatment for it or education on it, it can also be considered a learning factor. The same goes for his alcoholism; from the age of fourteen he drank heavily daily through his adolescence and young adulthood (Editors, 2021), which could have resulted in brain changes directly impacting his brain functioning (Hawes, et al., 2015, pp. 1-2) (Bartol & Bartol, 2021, p. 26) (Less, et al., 2020, p. 4). Although it is a learning factor, it could have turned into a biological factor too if it altered his anatomy. We will never know, since he was cremated and there was no research ever done on his body, pre or postmortem (Sullivan, 2018).

To compare Dahmer’s case to other similar offenders who murdered multiple times, Manson and Wuornos also experienced developmental trauma. Wuornos’ story from the get-go sets her up for failure. After her father died by suicide in jail after being convicted of child molestation, her mother abandoned her. Wuornos’ alcoholic grandparents abused her physically and sexually in addition to the sexual relations she had with her brother. She was eventually forced out of her home and rendered homeless in her teenage years, when she also gave birth to a son who she did not raise. To survive Wuornos worked as a prostitute most of her life and eventually killed multiple men that she met while prostituting and hitch hiking (Shelton, 2021). It can be deduced that Wuornos’ adult behavior is a result of many types of traumas she endured throughout her lifetime and a lack of any significant attachment from that trauma.

Similarly to Wuornos, Manson never met his father and his mother abandoned him for long periods of time in his childhood. She struggled with alcoholism, criminal behavior, and maintaining relationships; at one point she was incarcerated in his youth and he stayed with other family during that time who doled out humiliating punishments to him. Manson started engaging in socially inappropriate and criminal behavior from a young age when he had no oversight and was in and out of reformatory schools, one of which he was raped at. After that he was caught sexually assaulting others multiple times and continued engaging in criminal behavior, escalating the severity and frequency of the behavior over time until he is caught facilitating murders through a cult where he coerced others to carry out crimes for him, just like he did in school where he would influence his peers to act out. He also had poor intellectual functioning as a result of hardly any education. Yet he was able to use drugs to coerce others and feed into his delusions and worsen the symptoms of his mental illnesses (Charlesmanson.com). At this point we can see a pattern between all three murderers and how their childhood was riddled with lack of attachment, affection, education, appropriate social skills, survival needs, and support. Just as we cannot expect a flower to grow or flourish without being cared for with proper nutrients and conditions, we can not expect the same for humans either.

Without invalidating victims’ trauma, it is crucial that we also consider the trauma of the offending. Without understanding the factors for why someone behaves in the way that they do, there is no way to fix the problem. While there is no research to fully answer the origins of psychopathy, it is imperative that we acknowledge how life experiences affect us. In these cases, every offender experienced chronic and severe abuse and/or neglect. They were not equipped with the proper tools to self-care or to care for others. In their own ways they were stunted developmentally mentally, socially, and emotionally (and in some cases intellectually). It is invaluable to recognize how behavior can be created and learned, so providing treatment and guidance at young ages for children who are identified as trauma affected is a good step in working toward preventing psychopathy and other personality disorders. Dahmer expressed that he experienced compulsions and could not control his actions. Bartol & Bartol (2021) explain how self-regulation and neuroplasticity can work in conjunction to promote executive functioning (pp. 71-72). Even if it is simple self-care like identifying positive, healthy, appropriate hobbies while providing survival needs and emotional nourishment. If in Dahmer’s, Manson’s, and Wuornos’ lifetime they were given opportunities to understand how to take care of themselves and how to appropriately regulate their emotions, mental state, and physical state, their fate and the fate of their victims could be very different.