Psychopathy is a disorder that has encapsulated the minds of societies around the world. You may be wondering, what makes psychopathy so interesting? Depending on who you ask you will probably get a different answer. Some people believe that it is because they are able to tap into the egos that a most of us would rather and chose to stay hidden. Looking back at the research done by Sigmund Freud on psychoanalytical theory, he postulated that the mind is composed of three elements. The Id, Ego and Super-Ego. An average person’s Ego “ensures that the impulses of the id can be expressed in a manner acceptable in the real world” (Cherry, 2020). What makes psychopathy interesting is that psychopathy is that, the parts of the brain that are responsible for emotions such as empathy, guilt, fear and anxiety are still present but reduced. With advancements in technology we now have the ability to scan people’s brains (as seen below in the image by Dr. James Fallon) and take a more introspective glimpse into what the minds of people. A study done the University of Wisconsins School of Medicine shows that “both structural and functional differences in the brains of people diagnosed with psychopath and those two structures in the brain, which are believed to regulate emotion and social behavior, seem to not be communicating as they should” (Koenigs, 2017). This study opens so many doors for researchers from all different disciplines to explore psychopathy. It is important for psychopathy to be explore by numerous disciplines because not only it is important to know the medical side of psychopathy because it allows us to view this disorder from multiple angles. Including different disciplines such as education and psychology into the world of psychopathy allows a more effective and ethical approach to psychopathy. Education is vital because it allows it allows us to learn what causes psychopathy, who may be more susceptible too and knowing these things can be substantial in reducing a problem before a larger one arises. 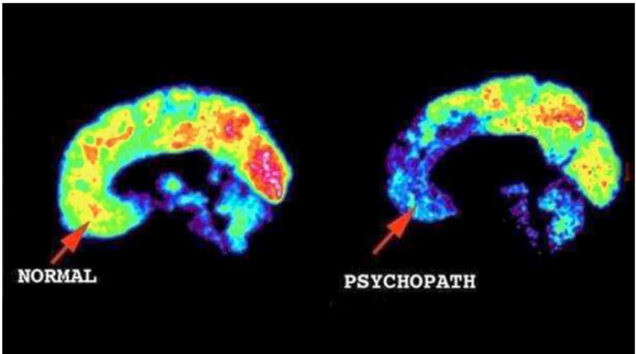 I think another large part of what makes people so fascinated by psychopathy is that on the outside they are just like anybody else, they have an ability to turn on and off their charm and their cunningness. These characteristics often lead to them being attractive to others and being able to advance in the world. They know how to get what they want, they are smart and know how to manipulate others. The idea of having a so-called “hidden personality” is what makes people so interested in psychopathy. Also, the idea that we may not even know someone is a psychopath, they could be standing right next to us, a friend, a family member or really anybody. This has transcended into them being popular topics in media, film, television, writing and more.