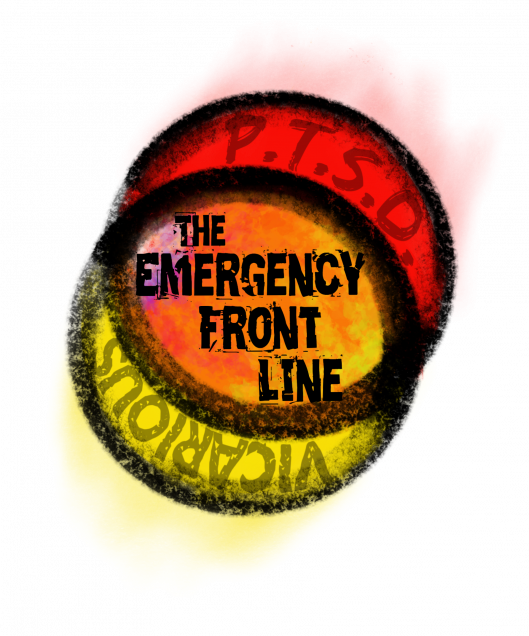 Whose Trauma Is It Anyway?

The term “vicarious trauma” entered the lexicon in the 90s with McCann and Pearlman’s article in the Journal of Traumatic Stress, among other works. They observed that mental health professionals were being affected by their exposure to the trauma of their clients (McCann & Pearlman, 1990). The outlook of the therapist mutated as they immersed themselves in the torment of the client’s past. Of the affected schemas they identified, Dependency/Trust was afflicted with mistrust of others, for the client had been betrayed by the adults entrusted with their wellbeing. Safety became suspect – how could anyone be safe in a world that allowed such cruelty? Power was not guaranteed, as it had been ripped from their client and replaced with helplessness. Independence, Esteem, Intimacy, Frame of Reference – the therapist’s very concept of the world around them was changed as their client’s trauma slipped around their professional boundaries and seeped into their psyche. Vicarious trauma manifests its toll on the mental health professional in ways very similar to post-traumatic disorder (PTSD) itself, including intrusive thoughts, numbness, sleep problems, and hypervigilance (Rousseau, 2022).

Arguably, vicarious trauma would be the diagnosis best fitting the emergency frontline healthcare worker (EFH) who suffers from similar symptoms. While “frontline healthcare worker” is used in the age of COVID to describe any caregiver who interacts directly with patients, EFH is used here to identify the members of the healthcare team who encounter a patient in vital first hours that decide if they go to the hospital floor, a detox, home, or the morgue. These include emergency medical technicians (EMTs) and paramedics, police and firefighters in some systems, emergency physicians and nurses, patient care technicians (PCTs), and consulting providers such as trauma surgeons and neurologists who come to the emergency department (ED) to help guide the intricacies of care in which they are experts. Research on the impact EFH’s work imparts upon them often uses the term “secondary traumatic stress” (STS) which can be considered synonymous with vicarious trauma but should be kept separate from “burnout” and “compassion fatigue,” which are sometimes used interchangeably but are better viewed as distinct but related processes (Hunsaker, 2015). Studies have investigated the prevalence of vicarious trauma in subsets of EFHs, particularly emergency nurses, and found that as many as 39% meet criteria and 75% experience at least one symptom (Ratrout & Hamdan; Mansour, 2019). Certainly there is value to looking at the prevalence of vicarious trauma across mental and physical health disciplines, but is the phenomenon experienced by EFHs truly the same as that seen in other settings? While the contributions of the inpatient team must not be minimized, on the hospital floors the screaming has stopped, perhaps because a breathing tube has been passed through the vocal cords and made screaming an impossibility. The bleeding has been controlled – for as the moribund often state, “all bleeding stops eventually” – and the soiled clothes have been removed. The patient is now a resident of the hospital, as if they were never a member of the community, never a being from the same world as the caregiver at the bedside. Hospital floors are the world of vicarious trauma, where the patient’s pain and terror are experienced via empathy and rapport. The patient’s home, the street, and the emergency department are their own arena and their own phenomenon.

When one is wrestling a woman whose arms and legs have been ripped off by a tractor trailer truck in order to control her delirious panic and save her life – is the trauma still vicarious? When tying someone to a bed and injecting them with sedating medications while they scream that the experience feels like when they were raped? The question was a point of some debate during the revisions that resulted in the DSM-V. Classically, the individual had to be the target of “actual or threatened death or serious injury, or a threat to the physical integrity of self or others” (APA, 2000). While EFWs are the frequent targets of threats, verbal abuse, and physical assaults, these direct traumas are a distinct entity from those experienced while treating a patient in extremis  (Gates et al., 2006; Touriel et al., 2021). Further, the definition required that the subject’s response be one of “intense fear, helplessness, or horror” (APA, 2000). This response is exactly what EFHs train to overcome. The ability to takes swift and evidence-based action in a crisis and suppress fear, helplessness, and horror is at the core of what makes an EFH. DSM-IV included the qualifying experience of being “confronted with” trauma, which certainly occurs in the ED, but this fails to capture the actual interaction, whether it be the sensation of breaking ribs during CPR or of a hand that was squeezing so tightly but then goes limp. The EFH may become a courier of trauma, shuffling into a quiet room to confront a family with news of the “unexpected or violent death, serious harm, or threat of death or injury experienced by a family member or other close associate” – all additional DSM-IV criteria for a trauma such as one that might result in PTSD (APA, 2000).

Recognizing these experiences as trauma, the DSM-V expanded its definition to include “repeated or extreme exposure to aversive details of the traumatic event(s)” (APA, 2013). Surely then, the experience of the EFH has come to find its place in the scope of PTSD. Popular media would have us believe that the DSM has captured what it is to be an EFH surrounded by triggers for PTSD. In this world, the EFH walks into every shift with the knowledge that a bus full of hemophiliac toddlers will careen into a jagged glass factory after which terrorists will crash the MedEvac helicopter into the ambulance bay and take everyone hostage – all while a woman with ebola gives birth in a broken elevator as a colleague wonders if the child is his. But the ambulance and the ED are not Hollywood. The EFH trauma is exclusively failing lungs and sucking chest wounds. The ambulance is nearly guaranteed to pull up to a house in such a state of squalor that one wonders how a human being can have survived there. EMTs will respond to the alley where a person has fashioned their last possessions into a tent in which they may stay warm enough to survive the night while injecting the drug that has destroyed their life. An average shift in the ED will likely involve a quiet interview with a woman who can’t stop remembering the night she was raped or a man who, in the face of his brother’s recent death, has relapsed on heroin after eight years of abstinence. It may include telling someone that their persistent cough is due to lung cancer and the spots on their liver suggest it has already progressed past what modern medicine can remedy. Vicarious trauma is alive and well in the ambulance and the ED, as it is on the hospital floor or in the mental health professional’s office.

So vicarious trauma fails to incorporate the visceral experience and PTSD does not capture the empathetic burden of bearing witness. Where does this leave the emergency frontline? Perhaps with a term of their own…

Where is the value in identifying this middle ground – this Emergency Frontline Trauma? The symptoms and treatments of vicarious trauma and PTSD overlap extensively. Is there any reason to distinguish the experience of the EFH or is this simply self-pity and self-importance? Well, like any illness the phenomenon can only be managed if it is specifically characterized and studied. If the experience of the therapist is different from that of the emergency nurse, then those conditions must be examined as the separate entities that they are. The person with a history of PTSD may have a single individual with whom they must come to some kind of peace or reconciliation but the physician may be unable to identify a single party who has caused her harm or damaged her sense of purpose. A mental health provider obtains a depth of understanding and familiarity with a client that an EFH could never match. Each entity possesses its unique qualities and warrants its own study so that caregivers weighed down by the past may thrive in the future.

Note: By virtue of being dedicated to the subject of trauma, this piece focuses on troubling aspects of emergency care. But as the endings of so many adventure novels and movies have celebrated, shadows are only cast in the presence of light. The work is a joy and a privilege. That realization alone is a weapon against the despair and emptiness of vicarious trauma and PTSD, if only one of many that must be employed to persevere on the difficult days and gloomy nights.