BUCC competed in the Rochester College Bonspiel from November 9-11 at the Rochester CC in Rochester, NY. Kevin Leahy, Matt Huse and Jackson Wang, along with Bowling Green’s Mike Warha (who generously filled in as our second)  finished 3-1 on the weekend and won the “B” Event. A full webstream from BU’s game against RPI can be found here. 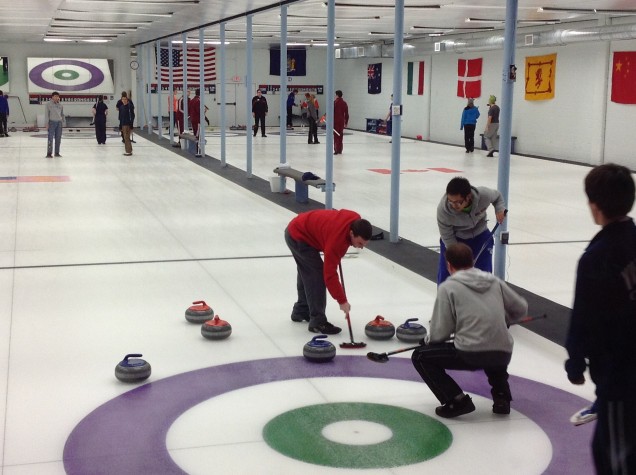 Matt Huse and Jackson Wang try to seep their red rock in the house as Kevin Leahy  watches on. 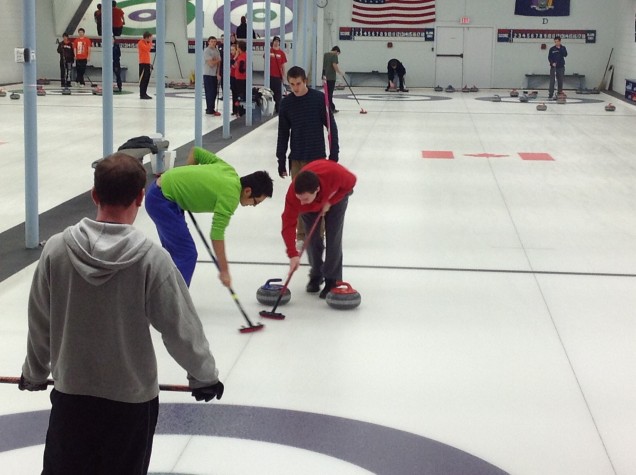 Matt and Jackson attempt to sweep their blue rock behind the red rock as Kevin skips. 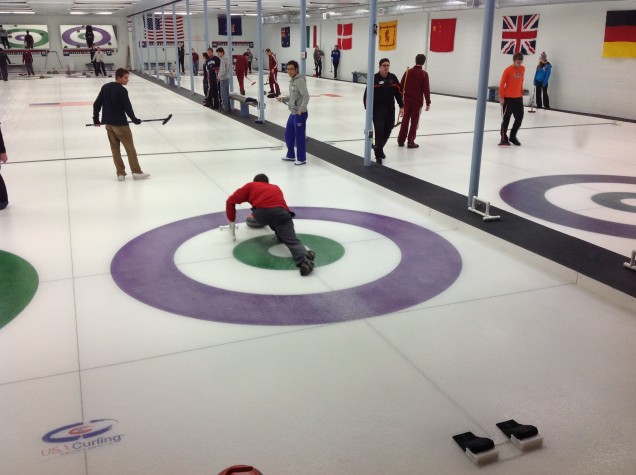 Matt delivers a stone as Jackson and Mike await to sweep.