From March 8-10, the BU Curling team competed in the US College Curling National Championships in Duluth, MN. This was the first year that there was an invite only, merit based competition in College Curling. BU qualified 11th to make the field of 16. The team was comprised of Skip Kevin Leahy, Vice-Skip Pat Reidy, Second Matt Huse and Lead Rahat Bathija.

In pool play, BU drew The University of Tennessee, the University of Nebraska, and Bowdoin College. In the first game against Nebraska, BU trailed 7-2 heading into the 7th end. However, after 3 points scored in the 7th and a steal of 2 in the 8th, the teams went into extra ends. In the extra end, BU stole once more to defeat Nebraska 8-7, in one of the most improbable games you’ll ever see.

The next day, BU defeated Tennessee 8-4 and Bowdoin 12-7 to make it to the “Final 4.” In the first Page Playoff game against MIT, BU fell 9-1 against their neighbors in Cambridge, and were defeated once more by MIT 8-3 in the 3rd Place game.

The team had an incredible experience in competition as well as in socializing events with the other teams. The hope is to return each year to the Nationals event and bring even more banners to BU! 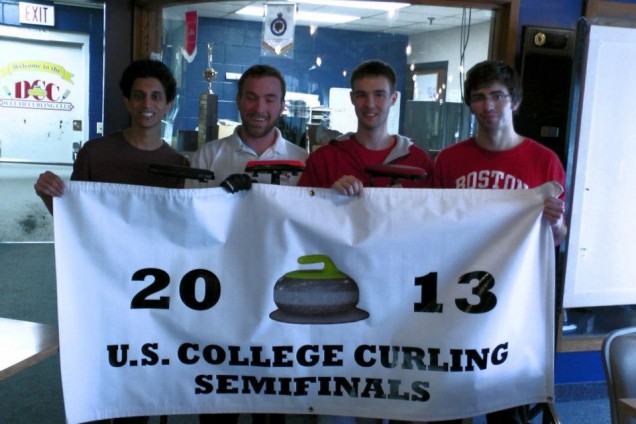 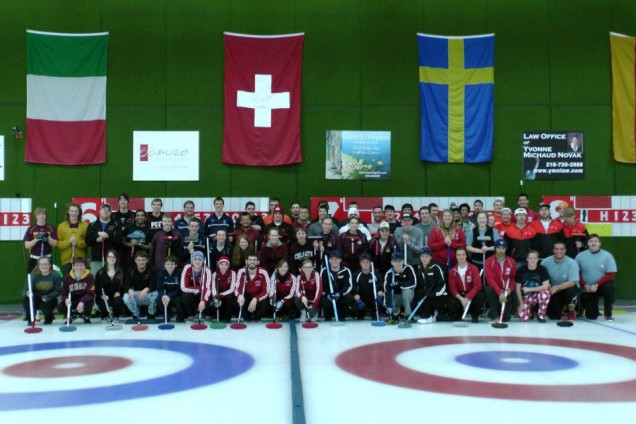 A Group shot of the Field of 16 prior to competition in Duluth, MN. 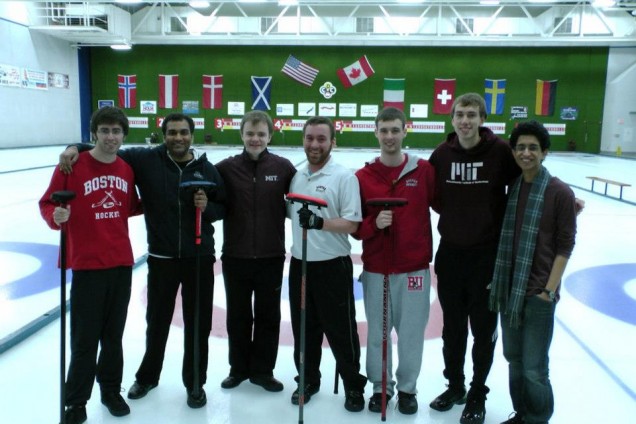 BU vs. MIT prior to the 3rd Place Game 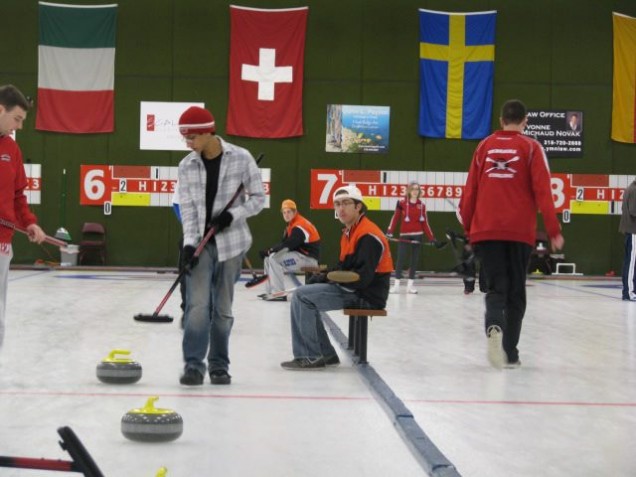 Matt Huse and Rahat Bathija prepare to sweep as curlers from Tennessee look on.