In the era of new media, are emerging technologies and social media replacing traditional media and destroying the old media ecology? Andrew Chadwick (2017) would argue that it is the coexistence or intermingling of older and new media that is shaping the public’s expectations of what “politics” is. In other words, the process of new media logics shaping our politics is never isolated from the influence of traditional media, while older media also renew and reinvent themselves to meet the challenges of newer media (Chadwick, 2017). Therefore, Chadwick (2017) proposes the term “hybrid media system” as an analytical approach to explore the interactions between older and newer media in political communication. I would take the personalization of politics as an example to indicate how the hybrid media system influence politics.

Previous literature shows that personalization of politics lies in user-generated news production and the population of “authentic” politicians (Bennett, 2012; Garzia, 2011). Since social media became alternative sources of news, it enables and facilitates users to participate in producing news as well as setting news agenda. In addition to Gunn’s (2017) idea that the agenda setting process in a hybrid media system is more complex, Bennett (2012) indicates that hybrid media also emerged a broader political agenda. Admittedly, the Internet brings more topics into the scope of “politics”: Internet censorship, personal data breaches, digital advertising in political campaigns, fake news, and so forth. In the meantime, some users also become citizen journalists reporting issues like worker rights, environmental protection, and LGBT rights. They also contribute to influencing public opinions by interpreting political and social news according to their values and political orientation. Moreover, social media also lowers the threshold of political participation by reducing the cost of participating in campaigns on social media (e.g. posting on Twitter with #vote is easier than actually voting for someone). Therefore, participating in campaigns becomes so easy that users are more engaged in political life. In short, while “hard politics”, which follow the tradition of older media, still exist, emerging media is enriching the connotation of “political issues” and “political life”. 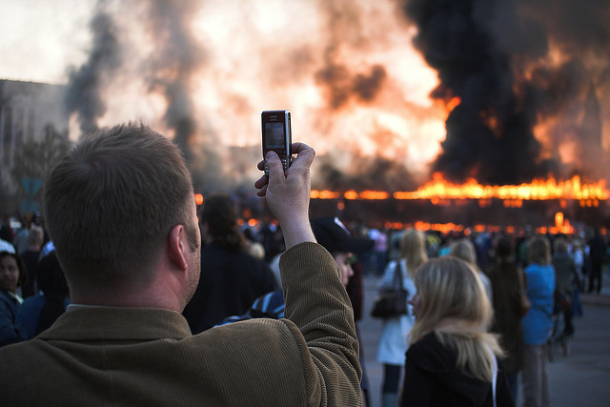 In addition, what about the downside of it? Besides acknowledging the advantages of citizen journalism, Chadwick (2017) criticizes social media for polluting news environment by creating dysfunctional elements including unprofessional news and fake news. It’s a serious problem which arose on social media platforms but difficult for them to deal with. Bennett (2012) also puts forward that although people are more engaged in online campaigns, political changes are harder to produce. That is true when it comes to online campaigns’ loose organization and individuals’ dispersive voices. In this era of social media, there are no clear guidelines on how to make efforts in a protest or a specific leader for people to follow. Posting with a hashtag is easy for an individual but it is not making real changes except for getting more attention. What’s more, it’s also difficult to build or maintain stable ties between them. Therefore, it seems like everyone is and meanwhile is not participating. Bennett (2012) call this young generation as “isolated and polarized, or loosely tied and easily connected individuals” (Bennett, 2012, p.28). According to Bennett (2012), they have too little power individually to handle too many problems. More efforts are supposed to make in regulating political participation on social media.

Hybrid media logic also affect existing political elites. In the past, the public has an idealized concept of political leaders so that candidates are expected to be perfect, the closer to that image the better. Nevertheless, Garzia (2011) found that the television has lowered that high standard thus making audiences expect political leaders to be not “beyond them” but “being and like them” (p.706). Then with the help of social media, political elites also take advantage of this trend and try to be “authentic” politicians who share personal feelings and thoughts with their followers. They are trying to make voters like them personally and perceive that politicians are similar to them. For instance, Trump is using his Twitter account to build an authentic and rebellious personality to appeal to his followers. This new strategy does work since voters’ perceptions of the similarities between leaders’ and their personalities are proved to have a huge impact on their votes (Garzia, 2011). So do political elites always prevail? Chadwick (2017) believes that political elites have much to lose from the population of new media: their power could decline and social media may create new leaders. Political elites don’t simply use social media as their new tool to sustain their power; new media just provide them with new opportunities to build influence and some of them successfully adapted to the new logic (Chadwick, 2017). That’s another demonstration of personalization of politics. 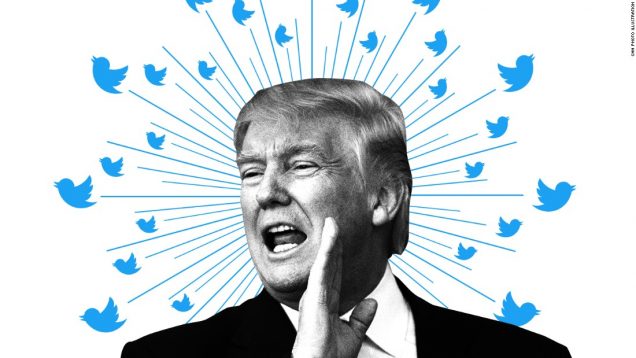 The above discussion supports that hybrid media is making media environment more diverse and fragmented. Politics is not virtually personalized but new media creates such an illusion. However, the changes are real: citizen journalism enriches the source of political news and diversity of political topics; online campaigns affect individuals’ way of political participation; new media logic influences how existing political elites interact with voters. (It is worth mentioning that when we are saying everything is changing, we are using the standard of new media to evaluate the current situation, which also indicates the influence of old media logic.) How to take the challenges and regulate news production and political participation is a new issue for social media platforms, political elites, and individuals.