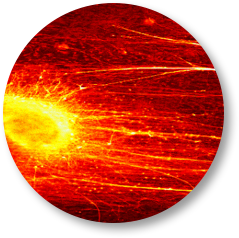 Our group is interfacing nanomaterials with biological systems, such as central neuronal system, to address critical challenges in in vivo biomedical applications. Such nano-bio interface is a powerful tool for neuron regeneration and modulation.

We have been working on three neuron stimulation technologies based on the photoacoustic effect. We have recently developed fiber-based devices for optoacoustic neuron stimulation in mouse live brain with a precision of sub millimeter (Nature Communication, 11, 881, 2020). We have shown that photoacoustic coating can be optimized to deliver maximum pressure and various frequencies through choices of materials and control of thickness of the matrix and concentration of absorber (Photoacoustic, 20, 100208, 2020). Single neuron stimulation is feasible when the fiber has been engineered to have a tip size of ~20 microns (Light Science and Application, 2021). The second stimulation platform developed is a photoacoustic composite material, in the form of films or 3D structures. By combining silk, a superior biomaterial, and carbon nanotubes, a high efficient photoacoustic agent, the photoacoustic film provides the stimulation to the neurons culture on it upon light excitation and promote outgrowth of neural tissues (submitted, 2021). To push toward non-invasive high precision neural stimulation, particularly in brain, we have also developed optoacoustic nanotransducers upon excitation of light with wavelengths greater than 1000 nm for non-genetic neuron stimulation in vitro and in vivo (Matter, 2021). This direction is a collaboration effort with Prof. Ji-xin Cheng (BU), Prof. John White (BU), Prof. Heng-ye Man (BU), Prof. Xue Han (BU), Prof. David Kaplan (Tufts) and Prof. Xiaoting Jia (VT).

As an interface promoting neuron regeneration, we have developed “nanoladders”, a new nanoplatform composed of micrometer wide trench patterns and nanoscale protrusions with controlled sizes and density. In a study partially supported by a grant from Keck Foundation, we have demonstrated that the nanoladder structure is able to guide the directional growth of axons and to facilitate function reconnection between a pair of spinal cord slices over a distance 1~1.5 millimeter (ACS Biomaterials Science and Engineering, 4, 3, 1037-1045, 2018). We have also shown that an implantable 3D scaffold that provides linear guidance through nanoladders can be made using silk through a unique self-folding method (Advanced Healthcare Materials, 2000530, 2020). These projects benefit from collaborations with Prof. Xiaoming Xu (IU) and Prof. David Kaplan (Tufts).

Our work has resulted in the following patents.

Previously, we have demonstrated a novel label-free imaging in vitro and in vivo imaging graphene oxide, a promising nanomedicine system proposed (Scientific Reports, 5:12394, 2015). We have also demonstrated graphene as a biocompatible protection layer from corrosion for in vivo biomedical devices, for example, to improve success of implants with metal surface (Scientific Reports, doi: 10.1038/srep04097, 2014). Such anti-corrosion film can be significant and broadly needed in many important biomedical applications, such as brain-machine interface which will be studied. We discovered unique intensive and intrinsic nonlinear optical signal of nanowires and applied this property for in vitro and in vivo imaging of silicon nanowires for the first time (Nano Letters, 2009, 9, 2440). We visualized the interaction between nanowires in real time and demonstrated specific targeting of cancer cells (Nano Letters, 2012, 12, 1002). We recently have shown endocytosis of nanowires is through a membrane mechanism, which is one of the first experimental evidences supporting theoretical prediction (Journal of Nanobiotechnology, 15:17, 2017). 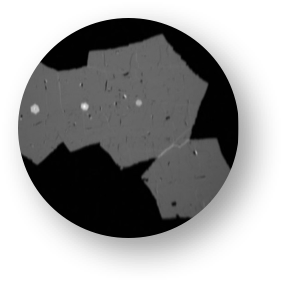 We had great interest in understanding and designing nanomaterials with unique physical chemistry properties. We have demonstrated a novel label-free imaging of single wall carbon nanotubes with single tube sensitivity and ability to distinguishing metallic and semiconducting tubes (Physical Review Letters, 105, 217401, 2010) and of graphene with single layer sensitivity (Scientific Reports, 5:12394, 2015) and domain boundary contrast as well as and high speed meeting the large scale production needs (2018). 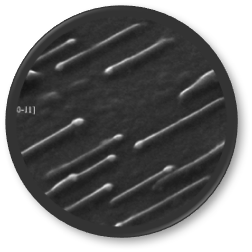