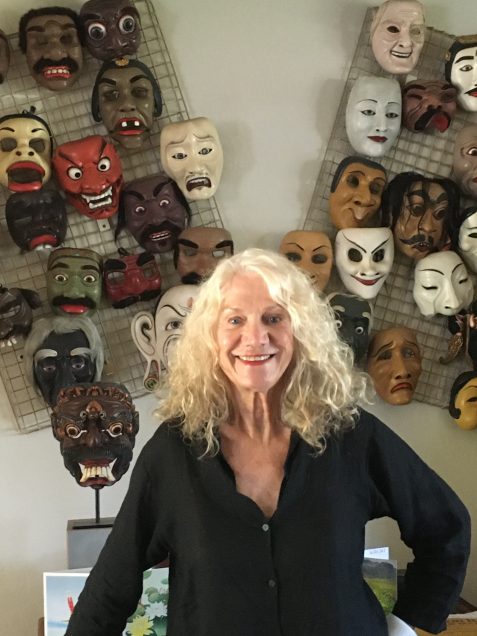 Judy Slattum spent the early part of her life performing, gravitating to costume design at UT Austin. The next 14 years were spent in academics, teaching first at University of Maryland, then at Cabrillo College where she evolved to directing, creating two theatre companies, both of who utilized masks and puppets extensively. In 1978, she journeyed to Bali on sabbatical to study mask dance and textile arts. She returned every year there after, leading amonth-long study tour taught by local artists. In 1986 she completed research for a book on Balinese Masks, published by Chronicle Books in 1992,( later by Periplus Editions.) It remains the singular book in English on the topic. In 1986 she resigned teaching and created an educational travel company, Danu Enterprises (www.danutours.com) along with her Balinese husband, Made Surya. 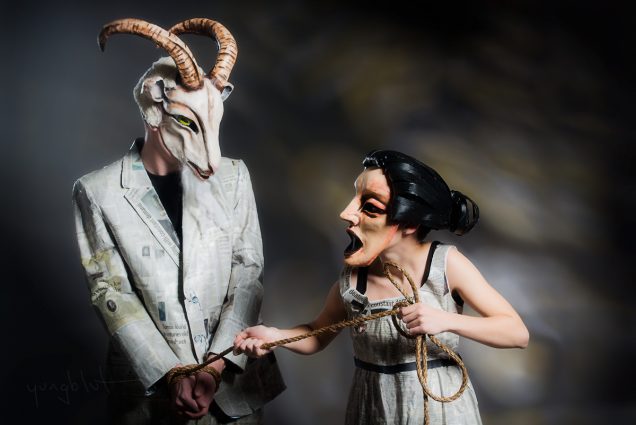 Clelia Scala is a visual artist whose work includes mask and puppet design, installations, collage, and illustration. Her explorations into the fantastic and uncanny stem from a lifelong engagement with tales and myths and her interest in the theme of human interaction with the natural world. As a designer and fabricator for theatre, Clelia has worked with theatre companies and institutions such as Carousel Players, Geordie Theatre, Guilty by Association, Lemon Bucket Orkestra, Odyssey Theatre, Queen’s University, Suitcase in Point, Theatre Kingston, University of Missouri-St Louis Opera Theatre, Yale University, and Zacadia Circus. Clelia’s visual art has shown in galleries in Canada and the United States and is in private collections across North America. Clelia is the recipient of the 2019 Established Artist Award for the City of St Catharines. Her work has been supported by the Ontario Arts Council, the Canada Council for the Arts, the Kingston Arts Council, and the St Catharines Cultural Investment Program (with Puppet-A-Go-Go). She teaches theatre, mask, and puppet design in the Dan School of Drama & Music at Queen's University. Her website is wwww.clelia.ca 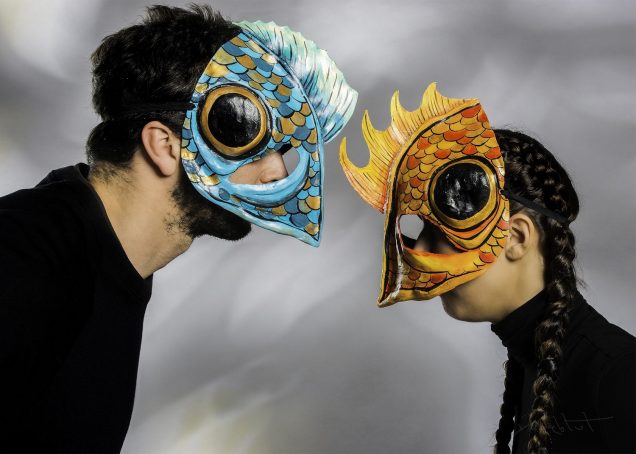 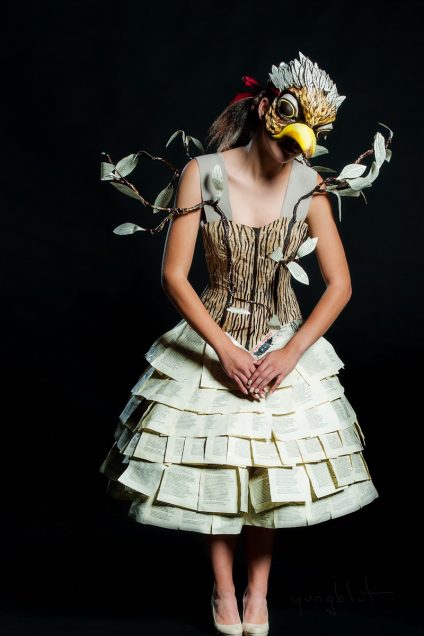