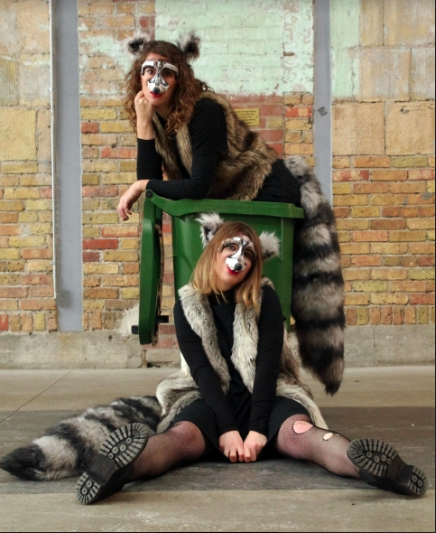 Morgan Brie Johnson is an interdisciplinary artist and theatre creator and co-artistic leader of Animacy Theatre Collective. She holds a Bachelor of Fine Arts in Acting from the University of Windsor during which time she also studied at the Moscow Art Theatre School and with the SITI company. She also has a Masters in Environmental Studies from York University, where she developed the autoethnographic, multimedia solo performance piece Imperceptible, which focused on Indigenous/Settler relations in Canada around issues of environmental and social injustice and is currently working towards her doctorate in the same program. She has trained in Pochinko clown performance at the Manitoulin Conservatory for Creation and Performance with John Turner. Select recent credits include: co-creator/performer for the outdoor environmental clown show Finding Home produced by Theatre Direct and directed by Rebecca Northan; co-creator/performer for the mask short, In Search Of at Next Stage Festival Digital Shorts (2021); co-creator/performer for Pest Me Pet Me, a new dark comedy using mask and clown about housing precarity in Toronto, directed by Heather Marie-Annis (Theatre Passe Muraille Backspace); co-creator/performer for the duo clown show Upstream Downtown (Toronto Festival of Clowns, Toronto Fringe, and with Evergreen Brickworks and the Toronto and Region Conservation Authority), directed by Martha Ross; performer in Blood + Soil by Theatre Artaud, directed by Rouvan Silogix; performer in There is No Word for Wilderness (a site-specific mask show). Morgan has just finished filming the kids series Polkaroo Counts! (2020) and Polkaro Reads (2021) for TVO Kids, playing the popular Canadian TVO icon Polkaroo.