The Religion and Environment Story Project is pleased to announce its second cohort of fellows for 2022-2023. Selected from more than fifty competitive applications, the ten fellows form a cohort that will meet for all-expenses-paid workshops on Cape Cod, Massachusetts in October and again in Annapolis, Maryland, in the spring. 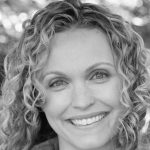 is a freelance science journalist with bylines in The Atlantic, The New York Times, Esquire and The New York Times. She writes narrative stories about science, environment, and culture. Kate holds a degree in anthropology and environmental studies from Princeton University and a master’s degree in science writing from the Massachusetts Institute of Technology. Twitter: @kategammon 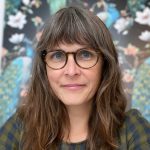 Nicole Greenfield iNicole Greenfield is a writer at NRDC, where she tells people-centered and climate-focused stories about pipeline fights, safe drinking water, agriculture, and more. Prior to joining NRDC, she freelanced as a religion journalist. Nicole has a master’s degree in religious studies, with a journalism concentration, from New York University. Twitter: @nmgreenfield 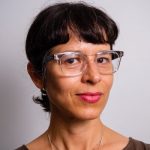 Ruxandra Guidi is a freelance audio and magazine journalist and an assistant professor of practice and assistant director of the Bilingual Journalism Program at the University of Arizona’s School of Journalism, where she teaches audio storytelling, feature writing and freelancing. She grew up in Venezuela and has been telling stories for two decades, both in the U.S. and throughout Latin America. Twitter: @ruxguidi 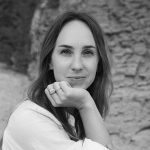 Annelise Jolley is an independent journalist and essayist who writes about place, food, ecology, and faith. She has written for National Geographic, The Atavist, The Millions, The Sunday Long Read, EcoTheo Review, and Civil Eats. She has won a James Beard Award, a Dart Award, and an Overseas Press Club Award. Twitter: @annelisejolley 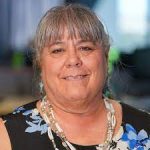 Debra Utacia Krol is an award-winning journalist with an emphasis on Indigenous, environmental and science issues who’s fond of averring that “My beat is Indians.” She is an enrolled member of the Xolon (also known as Jolon) Salinan Tribe from the Central California coastal ranges. In addition to more than a dozen other awards, Krol was named Best Beat Environmental Reporter by the Native American Journalists’ Association and won the Feddie award from the National Press Foundation. Twitter: @debkrol 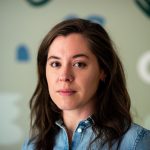 Martha Park is a writer and illustrator from Memphis, Tennessee. She received an MFA from the Jackson Center for Creative Writing at Hollins University, and was the Spring 2016 Philip Roth Writer-in-Residence at Bucknell University’s Stadler Center for Poetry. Her work has appeared in Oxford American, Guernica, The Bitter Southerner, Granta, Ecotone Magazine, The Guardian, ProPublica, and elsewhere. 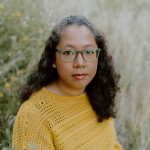 Rebecca Randall is a writer and editor based in the Pacific Northwest. She focuses on the environment, religion, psychology, and society. She is the former science editor at Christianity Today, where she helped writers develop capacity to integrate theology and science together in their work. She has interviewed a climate scientist on God’s sovereignty, edited an article on how Ethiopian Orthodox theology protects trees and, most recently, written about whether worship music can shift Christians toward climate action. Twitter: @beccawrites 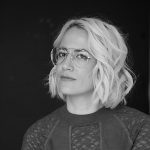 Nina St. Pierre is a queer culture writer, essayist, and soon-to-be author. Her memoir, Love is a Burning Thing (Dutton, 2024) explores the intersections between mysticism, mental health, and poverty. She is a regular contributor to Gossamer, and has written for Victory, Catapult, Bitch, Outside, Nylon, GQ, and Harper’s Bazaar. As a collaborative writer for Idea Architects, she helps leading explorers, CEOs, and spiritual leaders bring their stories to life in book form. Nina holds an MFA from Rutgers-Camden and was a 2022 Banff Centre Literary Journalism Resident. Twitter: @ninastpierre 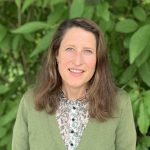 Julia Shipley is a recent graduate of Columbia Journalism School, where she received the prize for the best MA thesis; a shorter version subsequently appeared in Grist and Rolling Stone. Previously, she was contributing writer to Seven Days: Vermont’s Independent Weekly, Yankee Magazine, and Harvard’s Nieman Storyboard. As a 2021-22 fellow with Columbia Journalism Investigations, Shipley contributed to climate-health audio and print projects in collaboration with NPR and the Texas Newsroom. With support from TYPE Investigations and the Fund for Investigative Journalism, Shipley also contributed to a climate-housing project published by The Center for Public Integrity, Yahoo News, Mother Jones, and Univision. Twitter: @juliashipley3 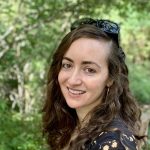 Julia Simon is a radio reporter and investigative business journalist on the climate change and energy beats. She reports for NPR’s climate change, science, and foreign desks, and her features appear on Morning Edition and All Things Considered. She’s a guest host on Planet Money and other NPR podcasts. Previously, she was a staff energy reporter at Reuters. Her reporting for Planet Money was a finalist for the Gerald Loeb Award. Julia has worked as a foreign correspondent in Nigeria, Egypt, and Indonesia and she speaks and reports in Arabic, Spanish, French and Indonesian. Twitter: @juliaradio

“It’s exciting to be continuing our work with another outstanding cohort of writers who share our commitment to telling new stories about the religious and spiritual dimensions of our accelerating climate crisis,”  said Stephen Prothero, RESP co-director and the C. Allyn and Elizabeth V. Russell Professor of Religion in America in the Department of Religion at Boston University.

The RESP programming will help these journalists, who work in a variety of media, to tell stories that bridge the divide between the religion and science beats, and promote new thinking and new narratives that will inform and educate the public, especially on the climate crisis. The fellows selected include longform essayists, podcasters, radio journalists, and a an illustrator. By the end of the fellowship, each fellow will have produced at least one story that covers the intersections of religion and the environment.

Fellows also receive a year’s membership to the Society of Environmental Journalists (SEJ) and the Religion News Association (RNA), plus registration fees for SEJ and RNA conferences. Upon completion of the program, fellows will receive a stipend of $1,000.

“Every day the reality of the climate crisis is coming closer to people, and it’s more important than ever that stories embrace the import of what humanity is facing with the recognition of how belief systems impact how we respond,” said Meera Subramanian, RESP co-director, award-winning journalist and past president of SEJ. “We’re excited to build on the momentum of last year’s RESP gathering with the welcoming of this great new cohort.”

RESP is based at Boston University and funded by a grant from the Arthur Vining Davis Foundations. 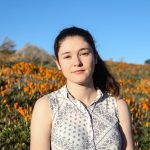 Diana will report on “Up In Smoke: The Public Health Impacts of Wood-Burning Stoves”
Across the United States, more than 11 million people rely on burning wood for heat, releasing soot that has been proven to be toxic to human health. This story will explore the effects of wood smoke on public health in low-income communities and communities of color, as well as investigate the impact of wood stove changeout programs on reducing pollution. Congratulations, Diana!

The Religion & Environment Story Project, in concert with the Arthur Vining Davis Foundation, contributed $25,000 to the Society for Environmental Journalists to fund story grants for journalists covering the intersections of religion, environment, and climate.

We can’t wait to read these stories! Click here for more information. 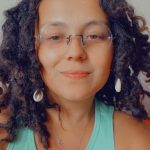 dera is a published poet, nonfiction writer, and emerging journalist who investigates the intersections between environment, climate change, religion, and ecowomanism. She is interested in investigating how climate change continues to exacerbate the settler-colonial agenda, how it is affecting Black and Indigenous communities, and how we can overcome the climate crisis by giving the sacred back to the land. Twitter: @bcdpoet 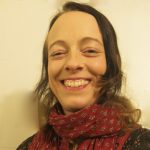 Christina Nichol is a teacher and award-winning writer who has taught around the world, including in the republic of Georgia, where her first novel, Waiting for the Electricity, is set. She currently teaches environmental and cultural studies at Sonoma State University. Website: ChristinaNichol.com

Diana Kruzman is a freelance reporter whose work focuses on the intersection of the environment, religion and urbanism. She has written for Undark, Earther, The New York Times, The Christian Science Monitor, Vice and the GroundTruth Project and has reported from Albania, India, Kyrgyzstan and the US. Twitter: @DKruzman 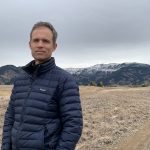 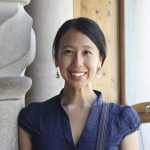 Heidi Shin is a public radio + podcast producer based in Boston. Her work has appeared in The New York Times, The Washington Post, National Geographic, PRX Snap Judgment, and PRI’s The World, amongst others. She also co-created and produced WGBH/The Ground Truth Project’s “The New American Songbook” whose awards include an ONA, a Webby, and an Edward R. Murrow Award.  Twitter: @byheidishin 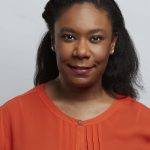 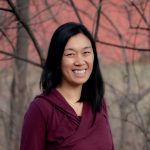 Liuan Huska is a freelance journalist and writer at the intersection of religion, environment, health, and culture. She lives in the Chicago area, on ancestral Potawatomi land, with her husband and three children. Twitter: @LiuanHuska 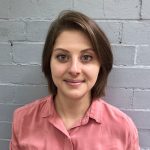 Molly Olmstead is a reporter at Slate who primarily covers religion and politics. She has worked at Slate since 2016, where she reported on news and politics, often with a focus on the South. She currently lives in Washington, D.C. Twitter: @MollyOlmstead 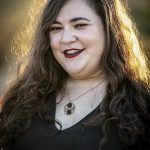 Sarah Ventre is an audio journalist based in Phoenix and host of Unfinished: Short Creek, a podcast about a fundamentalist Mormon community. As part of her reporting, Sarah embedded in Short Creek and lived in former FLDS prophet Rulon Jeffs’ house. The show was named #3 best podcast of 2020 by The New Yorker. Twitter: @sarazonah 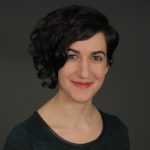 Sigal Samuel is a Senior Reporter at Vox and co-host of the Future Perfect podcast. She writes about artificial intelligence, neuroscience, climate change, and the intersection of technology with ethics and religion. Previously, she was the Religion Editor at The Atlantic. Twitter: @SigalSamuel

Selected from more than fifty competitive applications, the ten fellows form a cohort that will meet for all-expenses-paid workshops in Annapolis, Maryland, in early October and again in Houston, Texas, in the spring.

“We’re excited about having such an amazing group of emerging and established journalists. We’re hopeful that they will help change the conversation about the nexus of religion, spirituality and the environment as we all face the ongoing climate crisis,” said Stephen Prothero, RESP co-director and the C. Allyn and Elizabeth V. Russell Professor of Religion in America in the Department of Religion at Boston University.

RESP training will help these journalists, who work in a variety of media, to bridge the divide between the religion and science beats, and promote new thinking and new narratives that will inform and educate the public, especially on the climate crisis.

Fellows also receive a year’s membership to the Society of Environmental Journalists (SEJ) and the Religion News Association (RNA), plus registration fees for SEJ and RNA conferences held adjacent to RESP workshops. Upon completion of the program, fellows will receive a stipend of $2,000.

“The latest IPCC report reveals that the science is definitive: the climate crisis is already affecting every corner of the globe,” said Meera Subramanian, RESP co-director, award-winning journalist and past president of SEJ. “But it will depend upon human values, ethical priorities and faith-based decision-making to determine how we will respond, and how quickly. These are the missing stories that RESP hopes to foster.”

RESP is based at Boston University and funded by a grant from the Arthur Vining Davis Foundations.

A webinar in partnership with the Society for Environmental Journalists

When it comes to covering climate change and environmental crisis, journalists are missing a major hook: religion, faith, and spirituality. Journalists on nearly every beat, along with every government department under the Biden Administration, are realizing that climate change is no longer a subject siloed under “environment.” But as the conversation shifts, one major realm of human existence sits on the sidelines: religion and how faith shapes the relationship between humans and their environment. From environmental justice activism in communities of color to environmental humanities programs at Ivy League institutions, the link is being made, but rarely is this work well-represented by media. The Religion & Environment Story Project is launching to help journalists find these missing stories through a new fellowship as well as funding story grants through SEJ’s Fund for Environmental Journalism so you can gain the skills you need to tell these stories well.
View the conversation here!