Our group is currently working on research areas to elucidate the mechanism of novel enzymes and develop the synthetic biology method for the production of important natural products.

Broadly defined, our research is at the inter-face between chemistry and biology: a) mechanistic study and the application of pharmacologically important natural products using organic, molecular biology as well as biophysical methods; b) chemical basis of biological clock with the ultimate goal of elucidating the time-recording mechanism in the ageing process.

Ergothioneine and ovothiol (5 and 8 in Figure 2) are two naturally occurring thio-imidazole containing amino acids. One of their proposed functions is to protect cells from oxidative damage. Ergothioneine’s beneficial effects to human health are due to its unusual redox property, which favors predominantly the thione form (5b, Figure 2) and makes ergothioneine much more stable than most other natural thiols.

Humans obtain ergothioneine from their diet and specifically enrich it in some tissues (e.g. liver, kidney, central nervous system and red blood cells) by using an ergothioneine-specific transporter. The proposed role of ergothioneine in preventing the oxidation of hemoproteins explains why erythrocytes have millimolar concentrations of ergothioneine. The specific enrichment of ergothioneine in eyes was proposed to play an important role in protecting the eyes from cataract formation by functioning as a radioprotector from UV exposure.

Currently, ergothioneine is widely applied as one of the key components in various commercial products (anti-aging cosmetics, preservatives, dietary supplements, hair and nail growth stimulating products, etc.). The presence of the thio-imidazole functionality is vital to these applications. How sulfur atom is incorporated into ergothioneine and ovothiol in nature has been an intriguing question for decades. In 2010, the ergothioneine biosynthetic gene cluster was identified by Seebeck and a biosynthetic pathway has also been proposed (Figure 2). In 2011, the ovothiol biosynthetic pathway was proposed (Figure 2) and one of the biosynthetic enzymes (OvoA) was identified.

Investigation of biological functions of ergothioneine and ovothiol 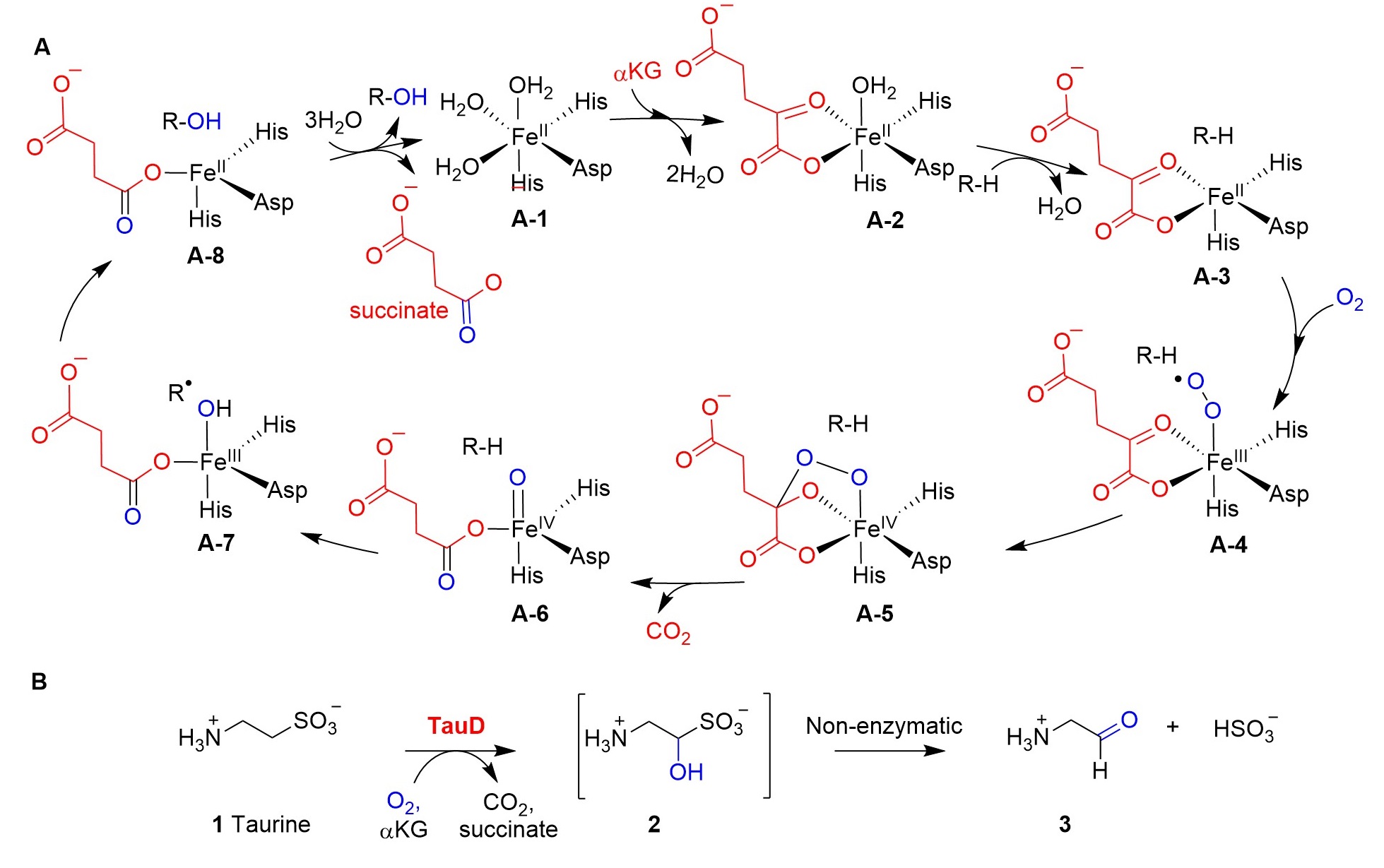 Isoprenoids are one of the largest and most structurally diverse groups of metabolites in nature. They are derived from isopentenyl diphosphate (IPP, 9 in Fig. 1) and its isomer dimethylallyl diphosphate (DMAPP, 10 in Fig. 1). Plants alone produce more than 30,000 isoprenoids.

Isoprenoids are essential for the survival of all organisms. Also, many isoprenoids (secondary metabolites) have been used as therapeutic agents to treat human diseases. For example, taxol, lutein, and lycopene have been used either as the therapeutic agent for mammary and ovarian carcinoma or as onco-preventive agent. Significantly, there are two different isoprenoid biosynthetic pathways, the deoxyxylulose phosphate (DXP) pathway in Fig. 1 and the MVA pathway in mammals. 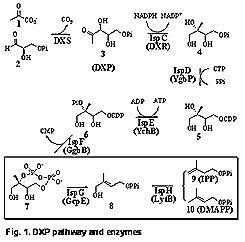 The unique distribution of the DXP and MVA pathways has opened the possibility of developing new strategies against microbial pathogens. More interestingly, it was found recently that compound 8 (Fig. 1) stimulates T-cell proliferation at picomolar concentration. Its stimulation effect is much more potent than that of any of the other compounds previously reported.

This also opens the doors for developing compound 8 based immuno-therapies.

The researches in this projects are divided into four sub-areas:

b) developing mechanism-based inhibitors of IspG, IspH as antibiotics and antimalaria drugs;

Mechanistic Studies of IspG and IspH

In addition to our traditional research in biochemistry, we are also extending our scientific interests into cellular/molecular neurobiology field. Currently, we are utilizing cutting-edge biotechniques including Next-Generation Sequencing and Single-neuron Genome Sequencing to explore broad range of scientific questions in Cel/Mol neuroscience. In collaboration with Dr. Hengye Man’s lab at Biology department at Boston University, we utilize primary neuron culture system as well as transgenic animal models to study nervous system-related mental disorders/diseases (e.g. Drug addiction, Alzheimer’s Disease) or to explore the fundamental mechanism of high-profile cognitive functions such as learning and memory formation.