History of Korean Immigration to America, from 1903 to Present

The immigration of Koreans can be largely divided into three periods: the first wave from 1903 to 1949, the second wave from 1950 to 1964, and the contemporary period. Although a few students and politicians came to the United States around 1884 after the diplomatic relations between the United States and Korea were established, they were a small minority—Yu Kil Chun (1856-1914), the first Korean student in the United States, was one of the prominent immigrants during the 1880s. Beginning in 1884, American Presbyterian and Methodists missionaries successfully converted many Koreans to Christianity, and also provided avenues for the Koreans to immigrate to America—almost half of the first group of Korean immigrants were Christians.[1]

The first significant wave of immigration started on January 13, 1903, when a shipload of Korean immigrants arrived in Hawaii to work on pineapple and sugar plantations. By 1905, more than 7,226 Koreans had come to Hawaii (637 women; 465 children) to escape the famines and turbulent political climate of Korea.[2] When Hawaii was annexed by the United States in 1898, the plantation owners in Hawaii needed cheap labor and recruited the first influx of immigrant labor from Canton, China. When the Chinese Exclusion Act of 1882 banned the workers from recruiting Chinese laborers, the U.S. diplomat and Presbyterian missionary Horace Allen started to recruit Korean laborers. 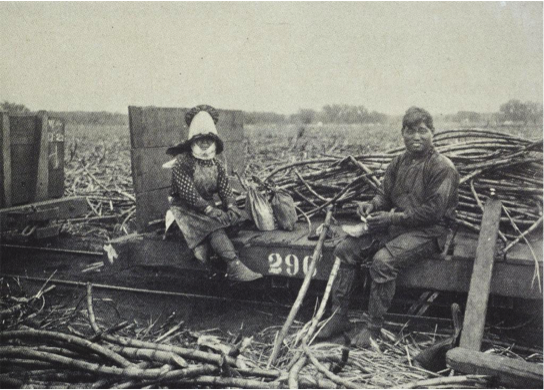 Korean immigrants displayed a higher rate of religious participation because missionaries such as Horace Allen and George Herbert Jones played a crucial role in recruiting more than half of the first 102 immigrants from the Naeri Methodist Church in the Inchon Area. That group of Korean immigrants established the first Korean Methodist Church in Honolulu. Korean immigrant churches functioned as a cultural and religious asylum where the immigrants, isolated due to their language and cultural barriers, found comfort. [3] When the plantation labor contract expired, around 50% of Korean workers moved to the mainland and established self-employed businesses such as laundry stores and nail salons; the other half returned to Korea due to various reasons, including familial reasons and difficulty associated with adjusting to a foreign culture.

From 1905 to 1924, approximately 2,000 additional Korean immigrants moved to Hawaii and California as “picture brides” of the bachelor immigrants who were already working as plantation laborers. The mass immigration abruptly ended in 1924 when Congress passed the Oriental Exclusion Act of 1924, banning all Asian immigrants. However, the Exclusion Act permitted Asian students to study at various U.S. academic institutions. When Korea was under Japanese rule from 1910 to 1945, many political refugees and intellectuals from Korea studied at universities in many East Coast cities, including Boston University, Harvard, Columbia, Princeton and New York Universities. [4]

During the Korean Independent Movement of 1919, Korean diaspora communities gathered all over America—one of the most important locations was Boston, where a myriad of politicians, intellectuals, and patriots were residing. The Boston League of Friends of Korea was founded in 1920. Following the March 1st Movement in 1919, a large number of Korean nationalists came to America to study and became prominent student leaders of the Korean independence movement in America.[5]

Immediately after Korea was liberated from Japan’s annexation in 1945, Korea became a battleground in the U.S and Soviet Union’s power struggle. In 1948, Korea was divided into two political entities—South Korea supported by the United States and a communist government in North Korea supported by the Soviet Union. During the Korean War (1950-1953), the second wave of Korean immigrants moved to America. What started as an ideological conflict in the Cold War period became a national calamity killing nearly 55,000 people. During this period, approximately 15,000 Koreans immigrated to the United States. The McCarran and Walter Act of 1952 nullified the Asian immigration ban and made Asian immigrants eligible for citizenship. The second wave consisted of three groups: Korean wives of American soldiers, known as war brides; war orphans adopted by American families; and around 27,000 people composed of students, businessmen, and intellectuals.[6] 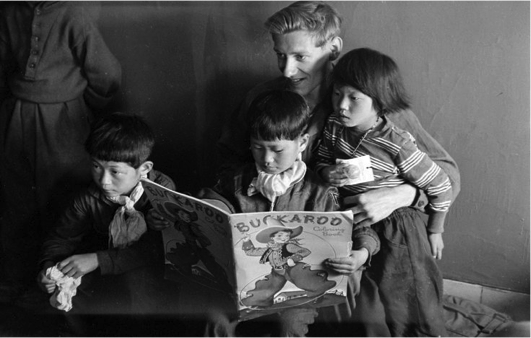 The War Bride Act of 1946 facilitated the immigration of Korean wives of American servicemen. The war brides, like the first wave of Korean immigrants, suffered from alienation and the cultural barrier. They were isolated from both Korean and American communities because most were required to stay on military bases or in military facilities. The second group of immigrants were adopted Korean children of mixed ethnic descent. These “GI babies”—fathered by American servicemen—experienced a triple stigma: they were mixed-race, they were fatherless, and their mothers were treated as prostitutes who had borne racially “impure” babies. Among adopted Korean babies, 41 percent were “full-blooded” Koreans, 46 percent had Caucasian fathers, and the rest were African-Koreans.[7] Many of these Korean children were adopted by Christian families. In New England, around 151 children were adopted, and out of the 151, 116 were adopted to homes in Massachusetts.[8]

The last group consisted of Korean students, businessmen, and politicians. Approximately 6,000 Korean students entered the U.S. between 1950 and 1964. Many were professionals who were medical doctors, lawyers, and professors. Although not completely free from segregation and minor racism, these Korean immigrants were well accepted and integrated into the American society, becoming the “model-minority.”[9]

The Third Wave of Korean Immigration 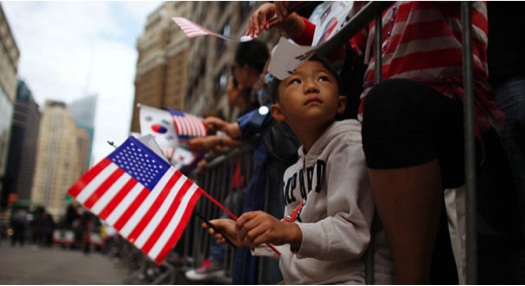 The 1965 Immigration and Naturalization Act revoked the national quota system and made family reunification possible. Recognizing America’s need for skilled professionals, the government lifted the quota system and recruited experts and professionals from Asia. Their families accompanied them upon emigration. The annual number of Korean immigrants steadily increased beginning in 1965, and the 30,000 mark was reached in 1976.[10] From 1976 to 1990, the Korean diaspora community was the largest group of immigrants to move to the U.S., next to the Mexican and the Filipino community. The high unemployment rate, political insecurity, and military dictatorship caused massive numbers of Koreans to immigrate to the United States in the 1960s through the early 1980s. Their children, largely known as the “second generation,” (gyopo in Korean) compose the present-day Korean-American community. Unlike the first and second wave of immigrants who were primarily laborers, war victims, or political refugees who had no choice but to immigrate, these Korean immigrants were white-collar workers in Korea who voluntarily moved to America.

[7] Oh, Arissa. To Save the Children of Korea: The Cold War Origins of International Adoption. Stanford University Press, 2015.

[9] Wu, Ellen D. The Color of Success: Asian Americans and the Origins of the Model Minority. Princeton University Press, 2015.