Digital Projects undergird the research and outreach commitments of the CGCM. Innovative digital projects open windows into essential issues in World Christianity. They are the virtual libraries of the 21st century. With our determination to make mission scholarship available to people throughout the world, free of cost, the CGCM sponsors select digital projects in collaboration with the School of Theology Library and with the Digital Initiatives and Open Access program at Boston University.

The Dictionary of African Christian Biography was founded in 1995 by Dr. Jonathan Bonk and the Overseas Ministries Study Center in New Haven, Connecticut. It is the preeminent source of information on the founding and expansion of African Christianity. In 2012, the DACB moved to Boston University, in collaboration with Africa International University in Nairobi, Kenya, and other Africa-based wiki sites. Boston University provides the IT and academic infrastructure for the DACB. Dr. Bonk serves as Executive Editor, and Project Manager Michele Sigg is a doctoral student in the School of Theology.

The History of Missiology Website (founded 2003) focuses largely on the Protestant contribution to mission thought and practice, including theologies and strategies, reflections on the encounter between Christianity and other religions, and early observations of various cultures. The site consists of two sections: several thousand “classic” texts in mission history (scanned from the Boston University collection with the assistance of Internet Archive), and biographical sketches and texts of prominent mission thinkers from the seventeenth to twentieth century. 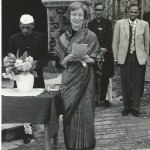 “In the Midst” is an audio autobiography of Barbara Beach Alter.  Alter and her husband James served the American Presbyterian Church as missionaries.  They spent 35 years in Northern India and never converted anyone – on purpose.  When the mission board commissioned Alter, its members charged her to “live in the midst” of the people, wherever she was stationed.  Her job was to be of service to those around her, rather than to proselytize or evangelize. The series of short audio pieces that make up this project explore Alter’s understanding of herself as a Christian committed to social justice. She explains the influences on her decisions to practice an ecumenical form of liberal Protestantism, from early childhood through retirement. 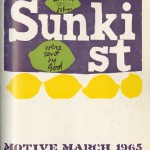 motive (always spelled with a lowercase “m”) was the official magazine for the Methodist Student Movement from its founding in 1941 and, for a few years at the end of its life, for the entire University Christian Movement (UCM). Much celebrated even at the time for its avant garde editorial and artistic vision, in 1966 Time magazine said it stood out among church publications “like a miniskirt at a church social.” It was the single runner-up to Life as Magazine of the Year in 1965. Ultimately, its strong stands on civil rights, Vietnam, and emerging gender issues became more than the Methodist Church officials could take. The magazine ceased publication in 1972. Even so, an entire generation of religious activists were shaped by its vision.

The Old & New in Shona Religion website represents forty-five years of research among African Initiated Churches and traditionalists in Southern Africa by Professor M.L. Daneel, beginning in 1965. Over a thousand of Daneel’s photos have been scanned and are available for viewing online. The website also includes audio slides contextualizing photos, films, and digitized publications on the religion of the Shona people of Southern Africa. 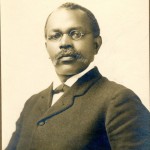 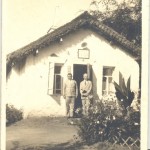 The Russian Methodism Archive documents the history of Russian Methodism in the twentieth century. Launched in collaboration with the United Methodist Seminary in Russia, the Archive is in the process of collecting, scanning, and posting online important letters, magazines, photographs, and other materials. Of special note is the extensive collection of the Reverend Bruce Weaver, who headed the Russia Initiative of the United Methodist Church for fifteen years. For additional information on the physical holdings of the Archive, contact the School of Theology Archives.